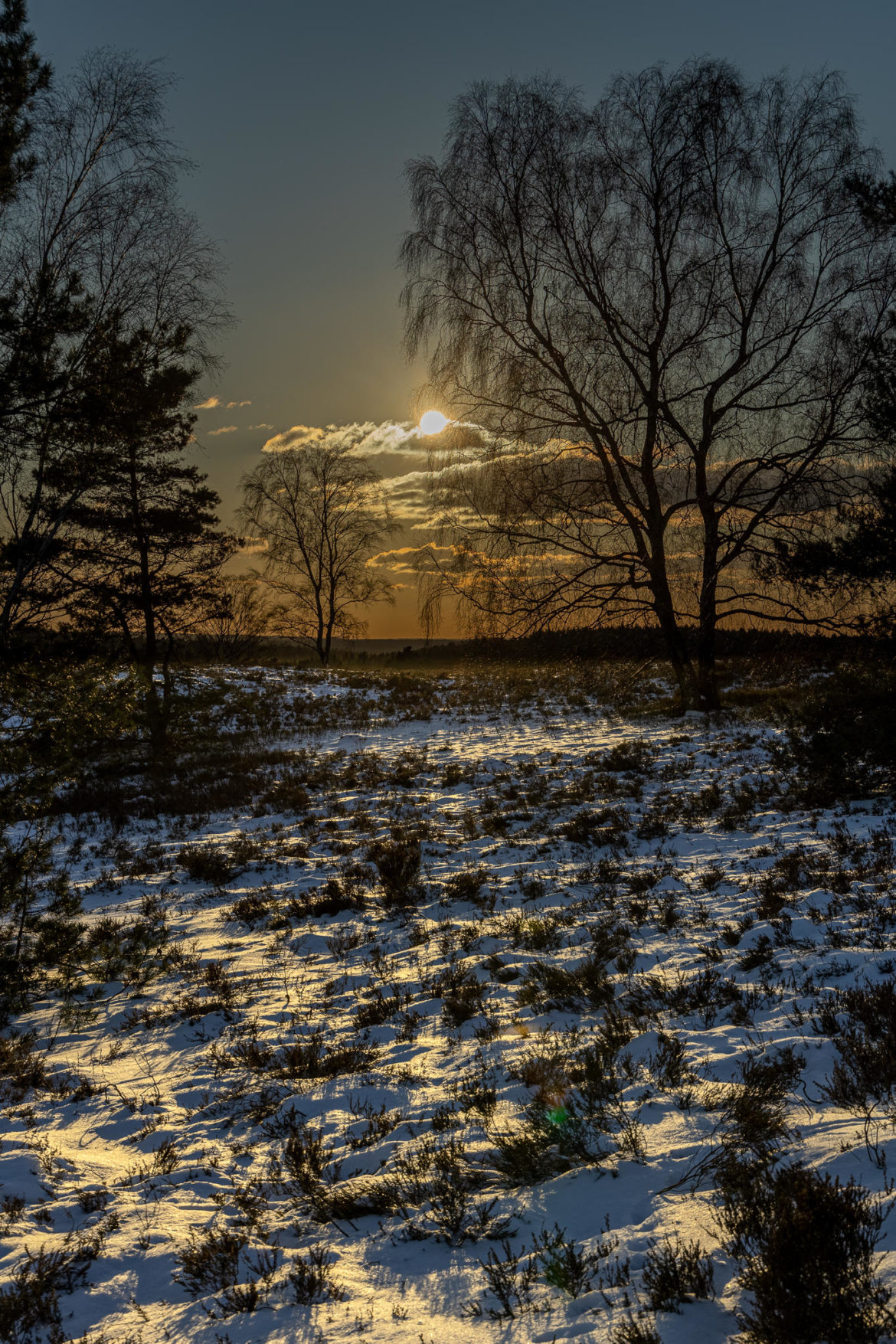 On the last wintry weekend in the Lüneburg Heath I had set out for the Brunsberg. I wanted to experience the golden light there on the snowy heath and capture it in photographs. When I was just on the open area and still on the ascent to the Brunsberg (mountains are called here elevations with 129m!), I passed a small group of trees, through which the sun shone so beautifully.

The snow in the foreground, the heather plants, which looked a little out of the snow and in addition the golden sunlight, which I alternated again and again with shadow areas. That’s how foreground has to be! Interesting, drawing the eye into the picture. 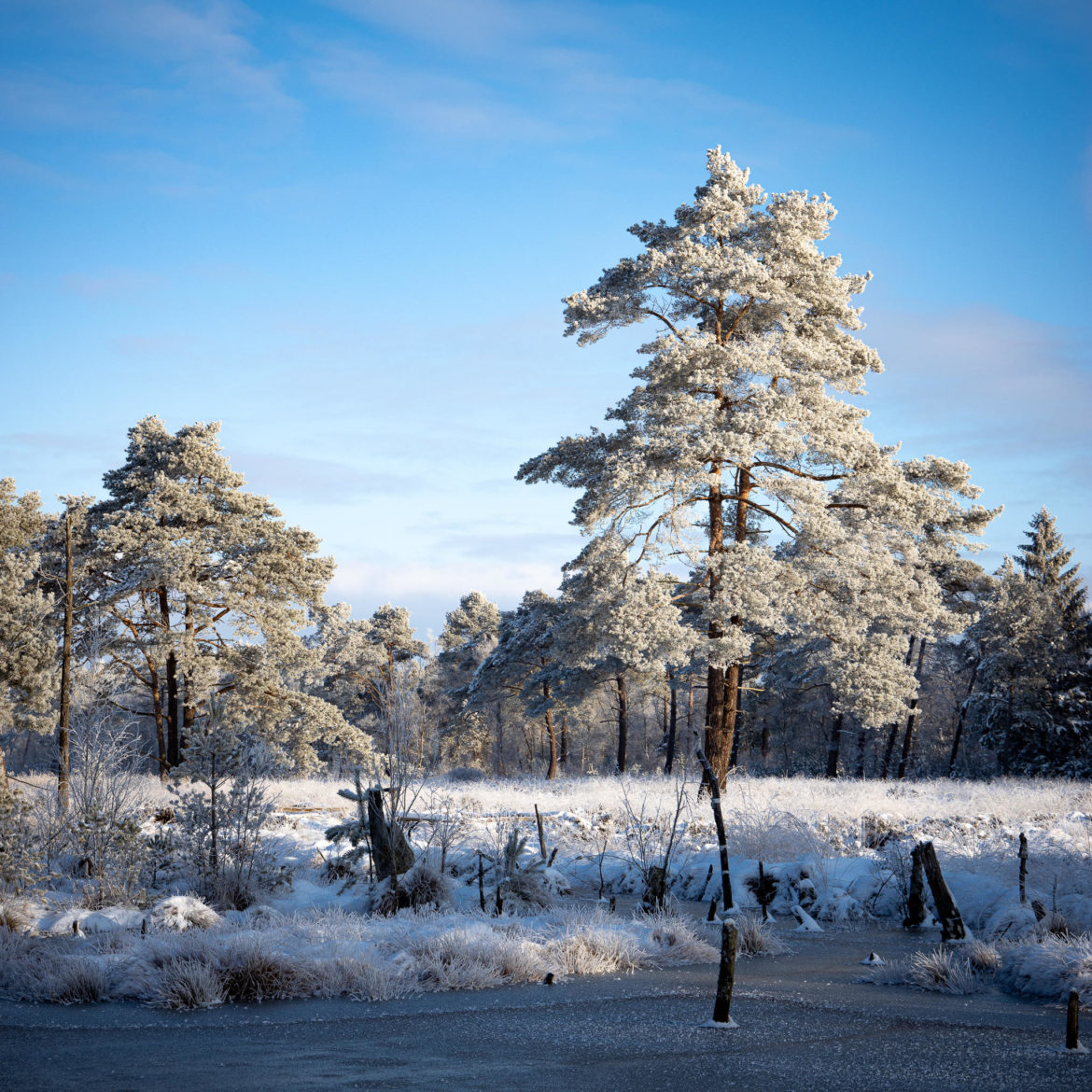 These days we have icy nights in the north of Germany again and I like to think back to the sunrise at ‑12 degrees © in the Tister Bauernmoor, which I was able to experience 2 weeks earlier. The difference to today’s weather was then the foggy night, which had covered many of the trees, bushes and grasses in the moor with a layer of ice.

Close to the lookout is a little water area to the west of the lookout tower. Here the sun had not yet passed over the denser trees, so that large parts of the water surface were still in the shade. Only the treetops on the other bank shone white! END_OF_DOCUMENT_TOKEN_TO_BE_REPLACED 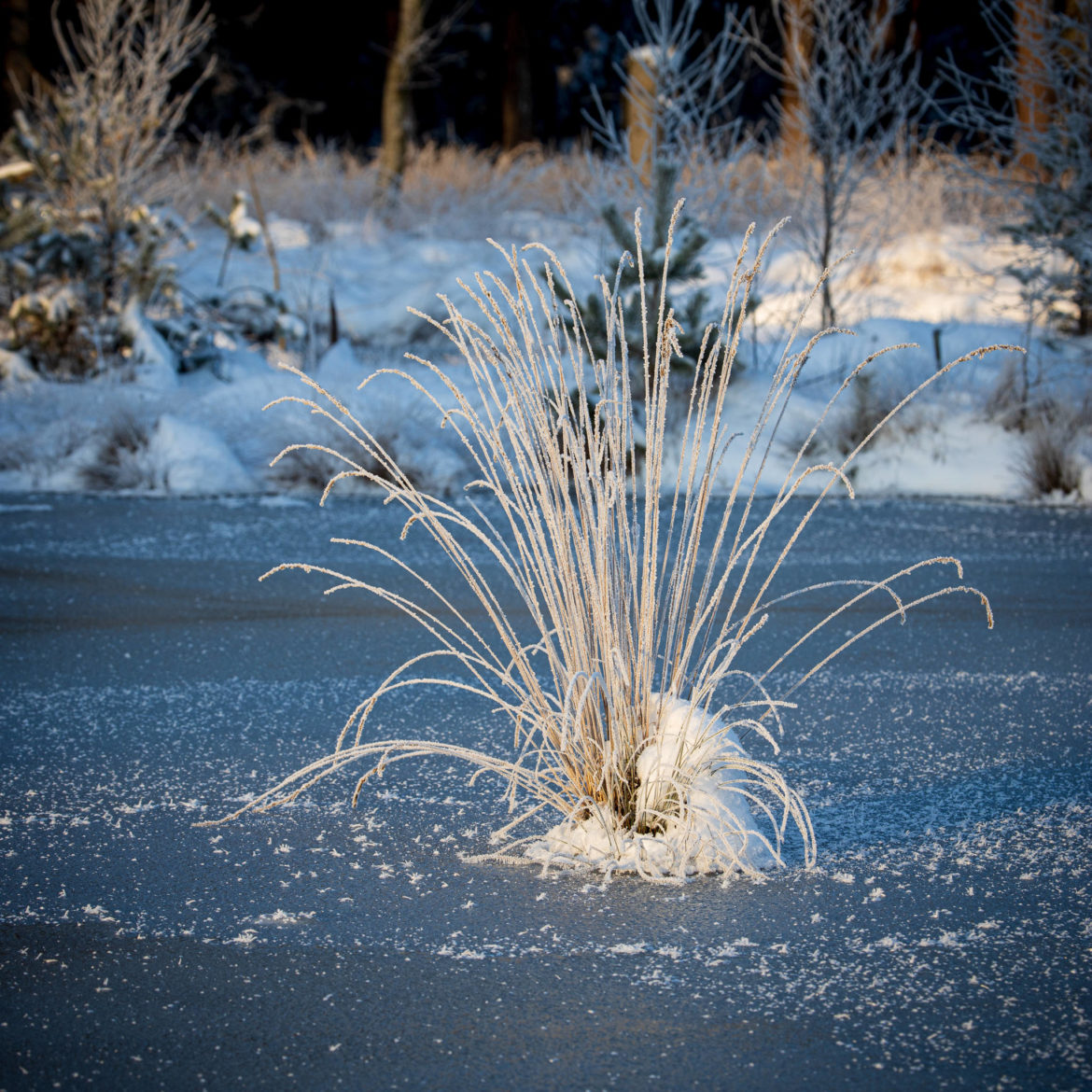 The Tister Moor at ‑12 degrees, shortly after sunrise. All water surfaces were frozen, ice structures hung on the grasses, bushes and trees.
The old tree stumps also made a great motif with a bit of snow and the ice flowers around them on the ice surface: END_OF_DOCUMENT_TOKEN_TO_BE_REPLACED 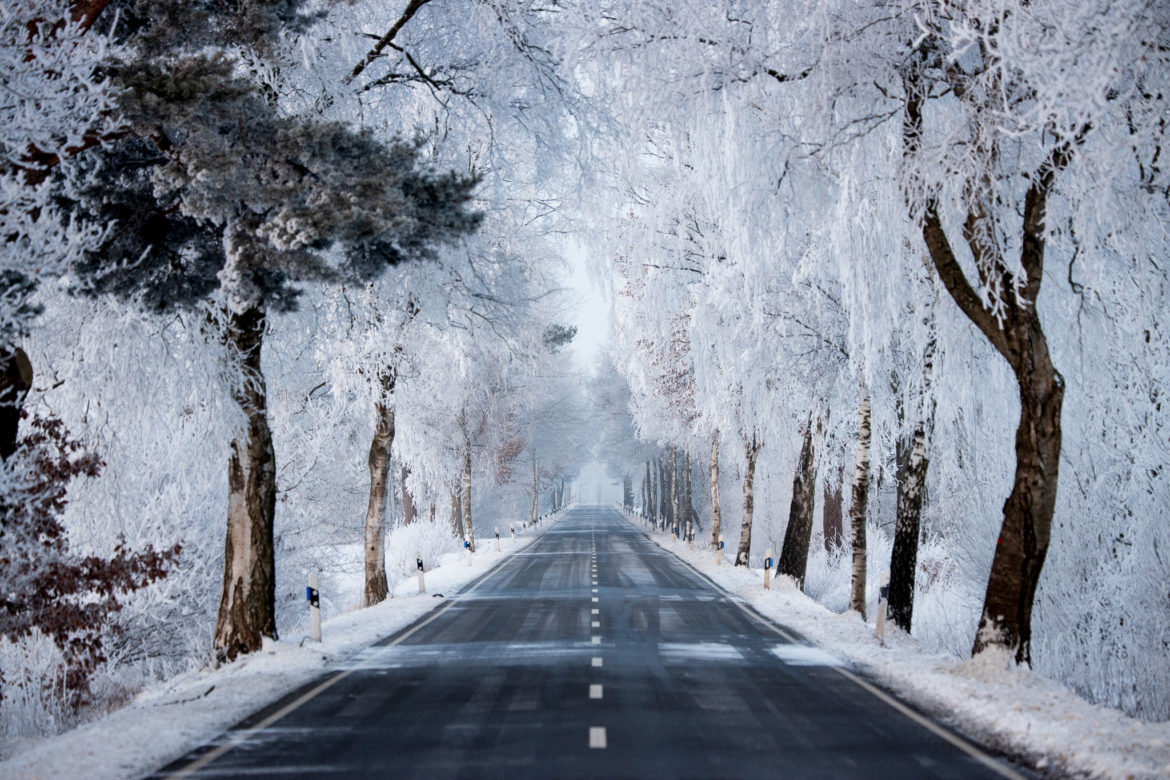 The last weekend in January brought the north of Lower Saxony once again wintry dream weather. When with night temperatures of ‑9 to ‑12 degrees centigrade also fog was predicted at night, it was certain for me to drive out into the countryside on Sunday morning. Still in moonlight I was in Steinbeck and had hoped for the ice trees there, but it was there only weakly. So I made my way via Tostedt to the Tister moor. Shortly before sunrise there were still ‑12 degrees centigrade, but I saw off the road still hanging fog fields.

When I then came out of the villages and was on the road to Sittensen, I came through the ice-crusted birch avenue! Fortunately, the road has long straights and was also so early on Sunday still little used. So I put on the hazard lights and stopped on the road. The shoulder was simply not to be made out under the snow. And so I was able to take this photo. This shot is taken with the telephoto lens, which condensed the avenue trees so nicely. 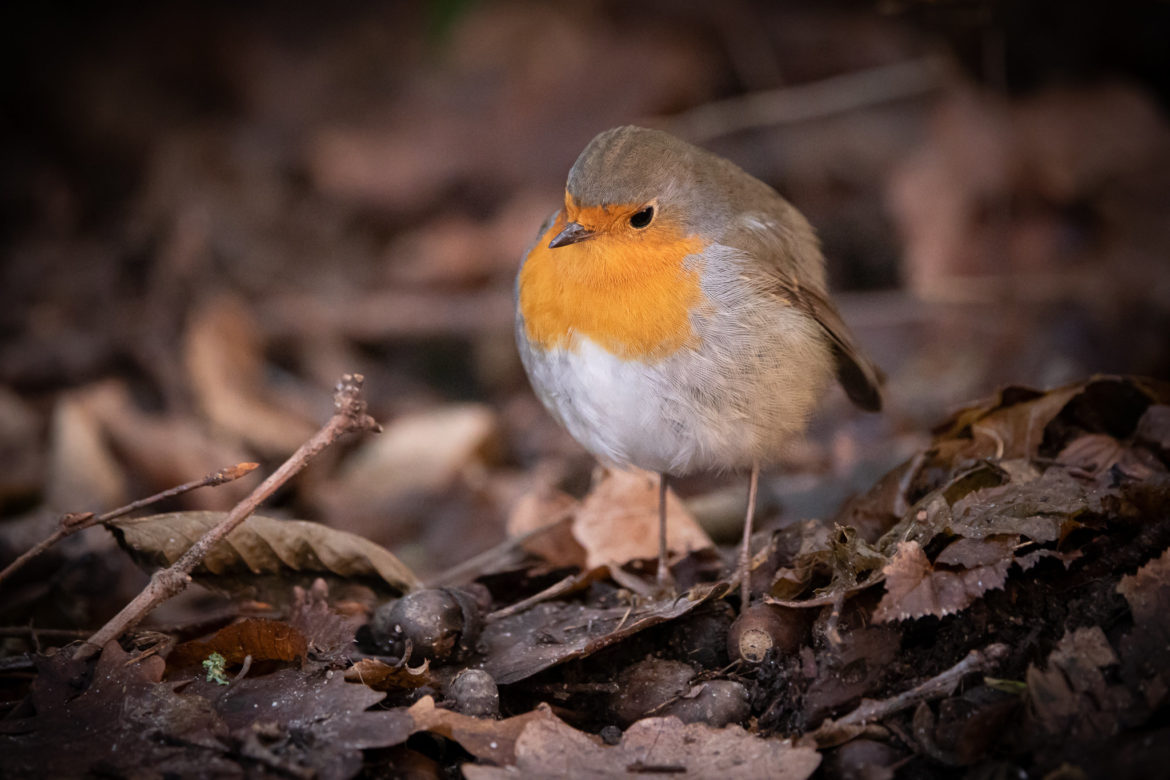 So the robin looks at the acorns on the path in front of him. While I suspect it saw something else, I think it’s just beautiful to watch the robins foraging here.

What I love about this subject is the dark browns surrounding the bird’s richly colored body. I’m thinking of printing this photo on baryta paper in large, maybe even 11×17 inch. I’ll have to challenge my printer again sometime. Maybe it would look good on your wall? 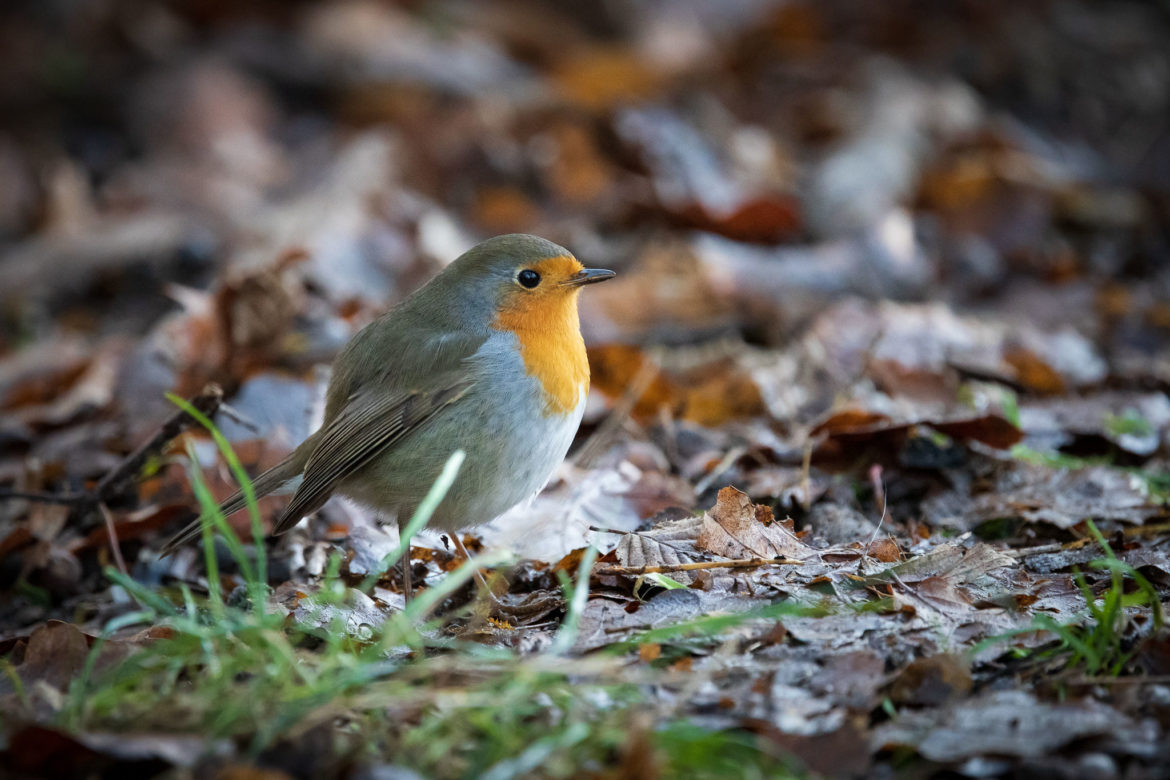 There is a small old path on the edge of the Kattenberg Nord development area near our home, which is lined with stately old oak trees. The first 100 meters it leads past a beech hedge of a quite old property. And just in this hedge live a multitude of small garden birds, like this robin. I’ve watched it forage along the edge of the path on a couple of days.

I took a number of beautiful portraits of the robin, as you can see in the gallery below: END_OF_DOCUMENT_TOKEN_TO_BE_REPLACED 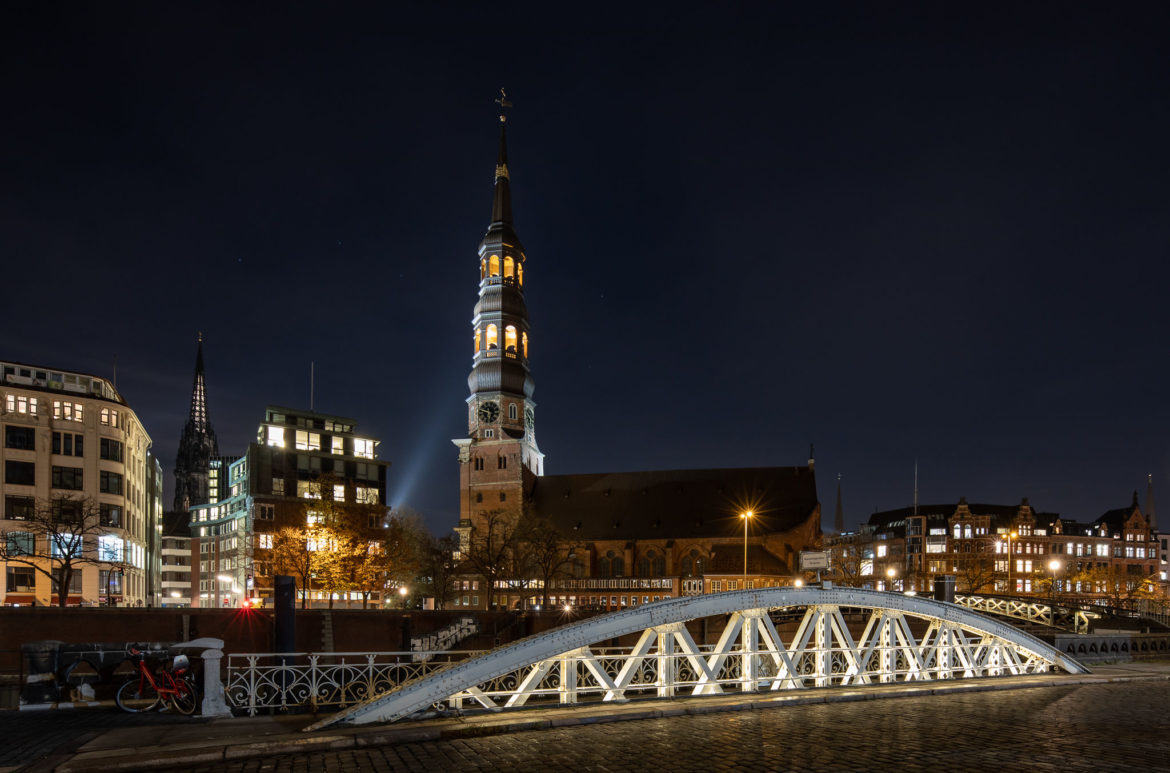 Strolling along the Zollkanal in Hamburg in the evening hours and looking at the illuminated Speicherstadt is always a nice experience. Afterwards, I like to walk back along the side of the Speicherstadt on the bank of the Zollkanal. Often I stop at the Kannengießer bridge and look over to Saint Catherine’s Church. At night with clear sky one can see with this view to the north to my astonishment in the middle of the city the stars!

This time I chose the illuminated Kannengießer Bridge with the cobblestones in the foreground for my motif. This gives the image a nice depth.