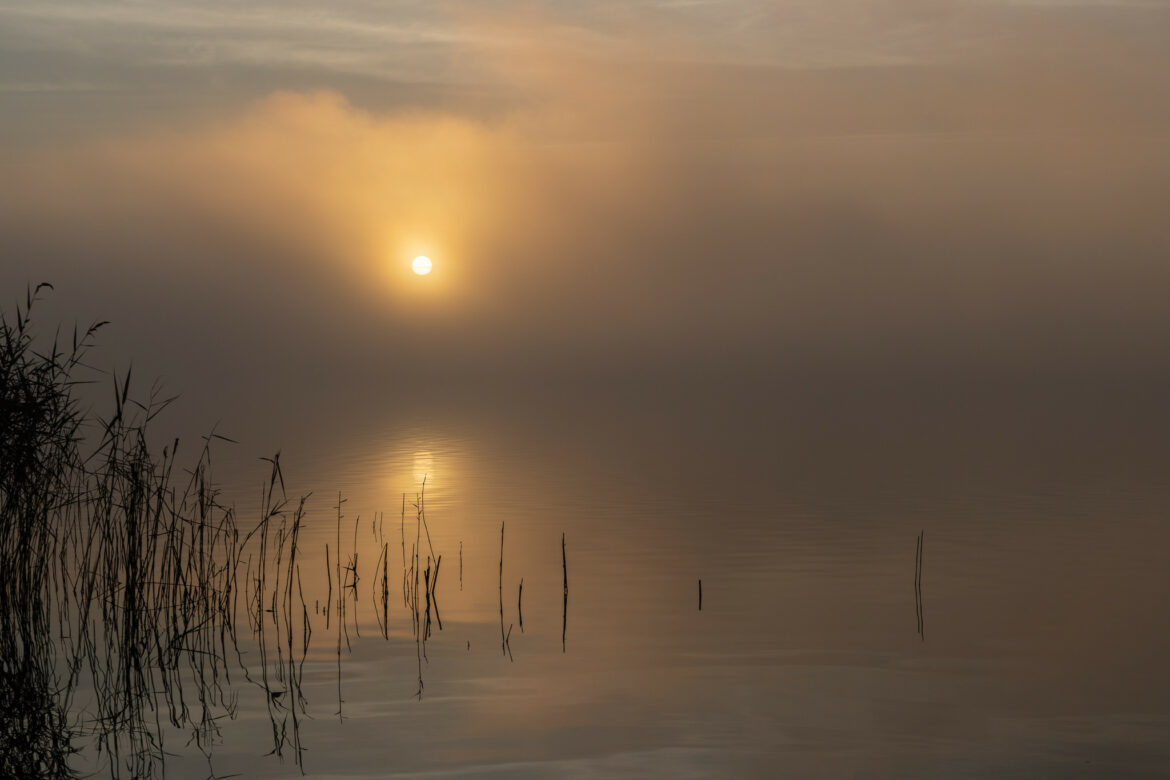 I was standing by the reed beds that are so typical of the Schlei shores. Then the sun started to rise. END_OF_DOCUMENT_TOKEN_TO_BE_REPLACED 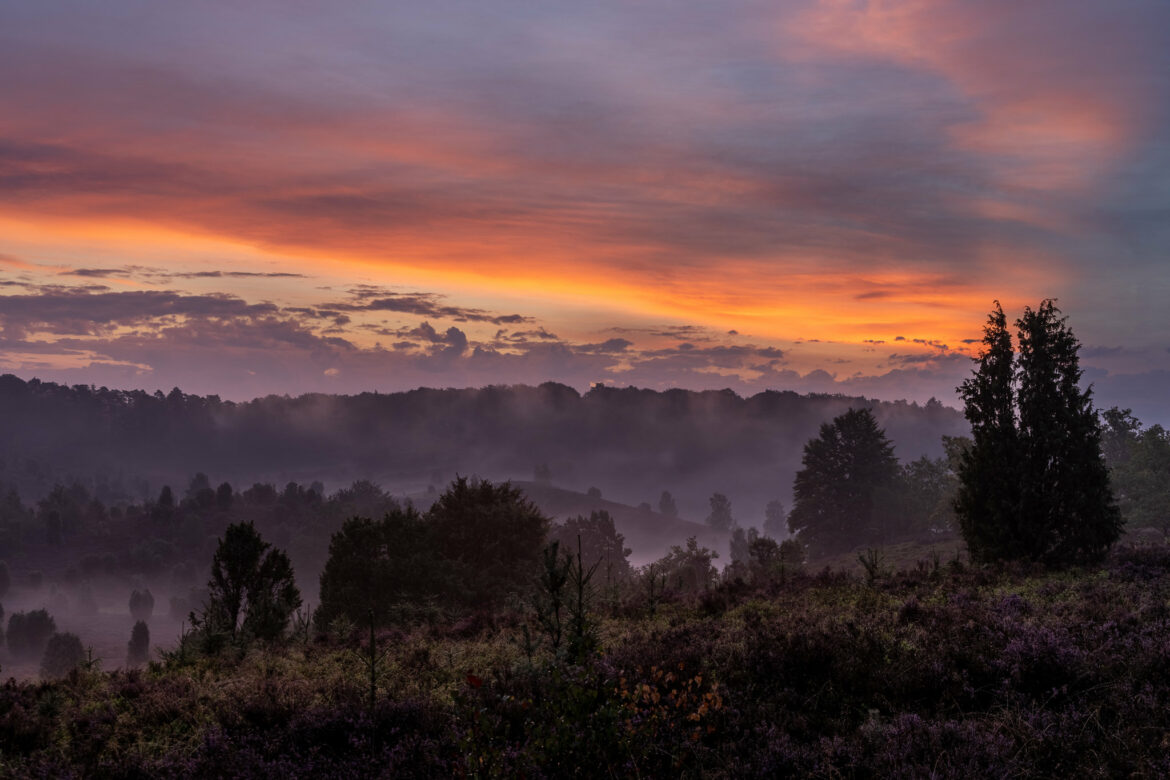 On one of the first foggy mornings, I had gotten up early in the morning, loaded the bike onto the carrier on the car and set off for the Lüneburg Heath before sunrise. The core of the nature park can only be reached on foot or by bike, so I had to cycle the last 5–6 km.

On our Pino tandem, I can put a large bag on the front of the so-called stoker seat (the place of the heater!), in which my photo equipment with tripod fits. So in the darkness I assembled everything and set off. A route I had only ridden once before, but now at night and only in the glow of the bike lights. But shortly before sunrise I was at my destination, the depression of the Totengrund. There was no heavy fog, but just on the southeast side hung some fog fragments. I wandered a bit left and right along the basin to suddenly notice the change in the sky.

The sky had changed color. Red-orange clouds also changed the light on the ground. Now I had my motive, for which I had hoped so much. A foggy morning in the Lüneburg Heath! 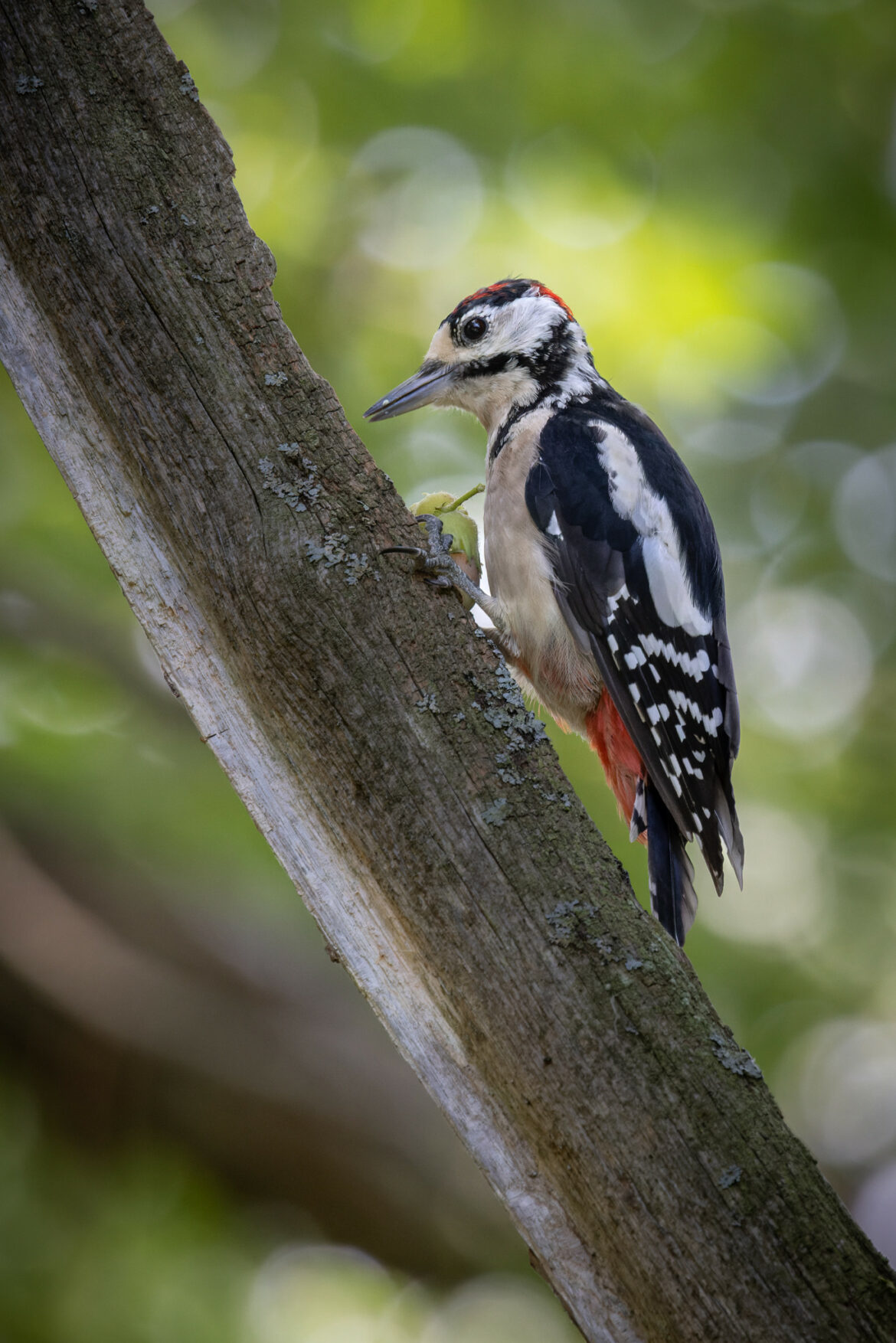 Finally I got once a great spotted woodpecker in front of the lens and in addition still in nature! On one of my trips to the Lüneburg Heath Nature Park, I heard the typical tacking of the woodpecker and could soon spot him 5 meters above me in the tree. It works on the back of the branch on which it sat, had ab in the breaks with again and again its whole splendor from the side shown.

At the end I had been able to observe him for several minutes and had brought more than 200 raw shots. 3 of the most beautiful shots I show here! END_OF_DOCUMENT_TOKEN_TO_BE_REPLACED 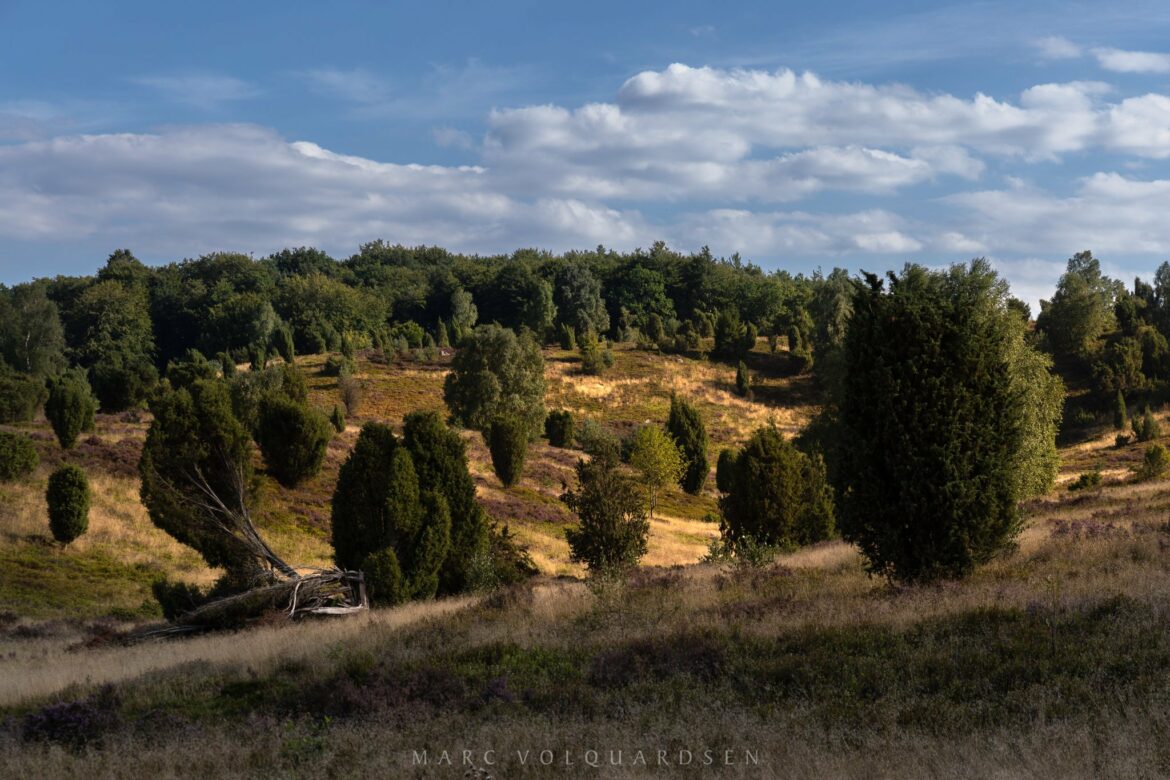 The northern slope of the Wilseder Berg in the Lüneburg Heath Nature Park is full of juniper bushes and heathland. Most people will know the view from Wilseder Berg, but I liked it much better the other way around. Across the hillside, you can see the eastern edge of Wilseder Berg with its large stand of old trees.

And once again, the light has fit that your focus is drawn into the slope. 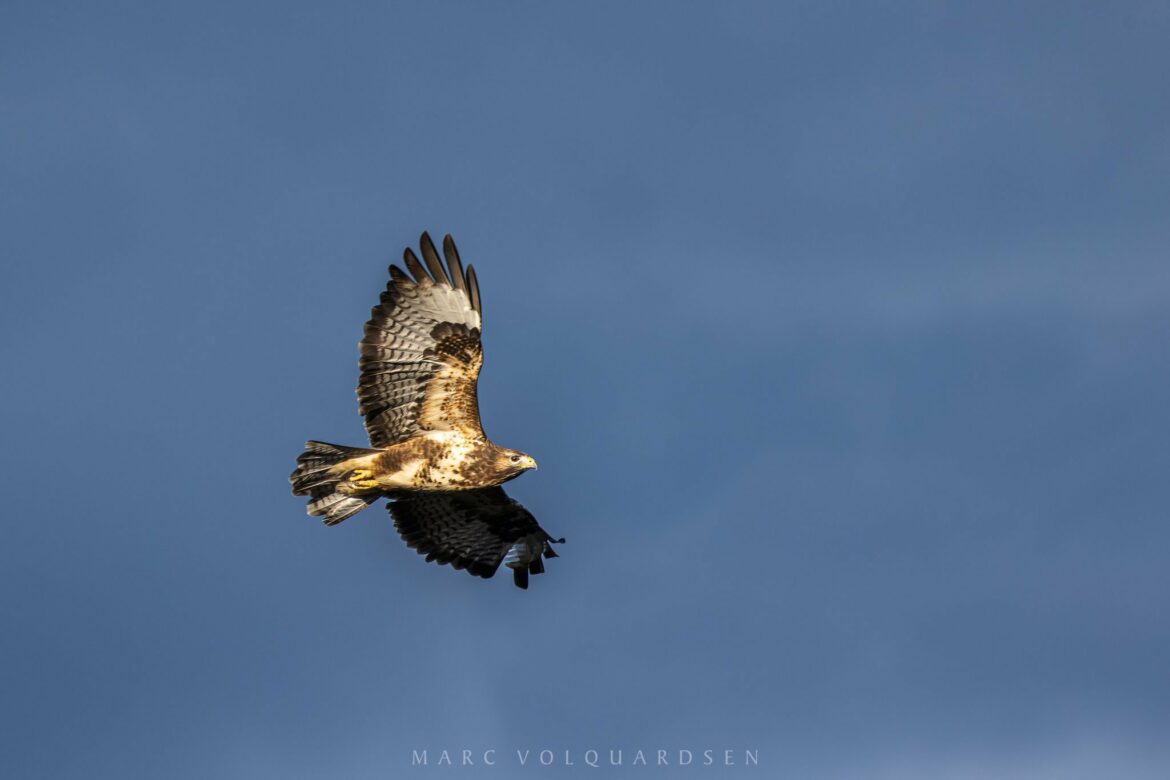 As I was sitting at the edge of the dead ground waiting for exciting light situations, I once heard the typical call of a bird of prey. And soon I discovered him still far away from me over the dead ground. But he was to come even closer and glide along in front of our viewing platform.

What a sight to see this buzzard so in nature! 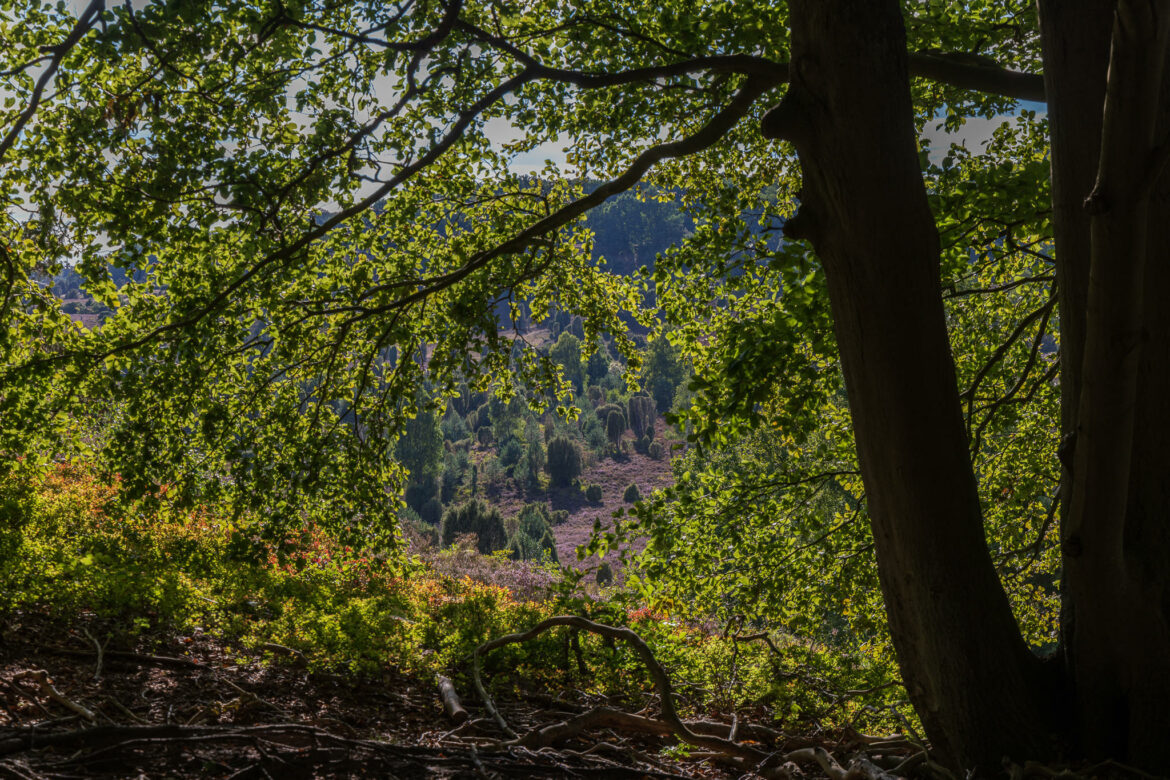 On the east side of the Totengrund there is a group of trees with large beeches and it was beautiful to walk under them in full sunshine. The light under them was characterized by the green of the canopy of leaves. I tried with my picture to capture the mood and especially the view of the valley bottom of the Totengrund. 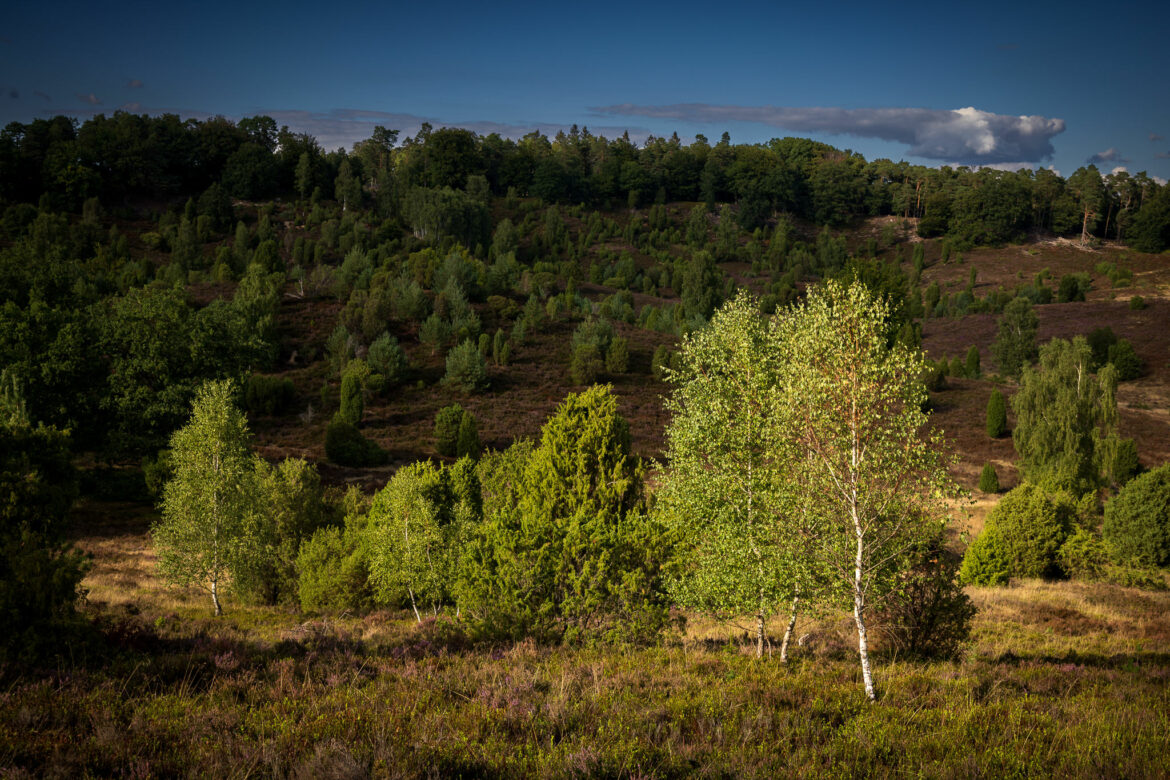 The Totengrund in the Lüneburg Heath Nature Park, located a little south of the heath village Wilsede is one of the most beautiful natural landscapes of the Lüneburg Heath. It is surrounded on three sides by walls about 30–40 meters high and has an exit only to the southeast. Its ground is mostly covered with heather and few grassy areas and well distributed on it are juniper bushes and single birch trees.

Totengrund (dead ground) is said to have received its name because no agriculture or cattle breeding was possible in it and therefore it was called a dead ground. Today it is next to the Wilseder Berg (169m above sea level and with us in the lowlands already a mountain!) one of the most visited areas of the Lüneburg Heath Nature Park.

I was just lucky during my visit that it was first heavily clouded in the west and then the cloud cover tore open. Large parts of Totengrund were still in the shade and so the charming lighting resulted also on the following two motives: END_OF_DOCUMENT_TOKEN_TO_BE_REPLACED