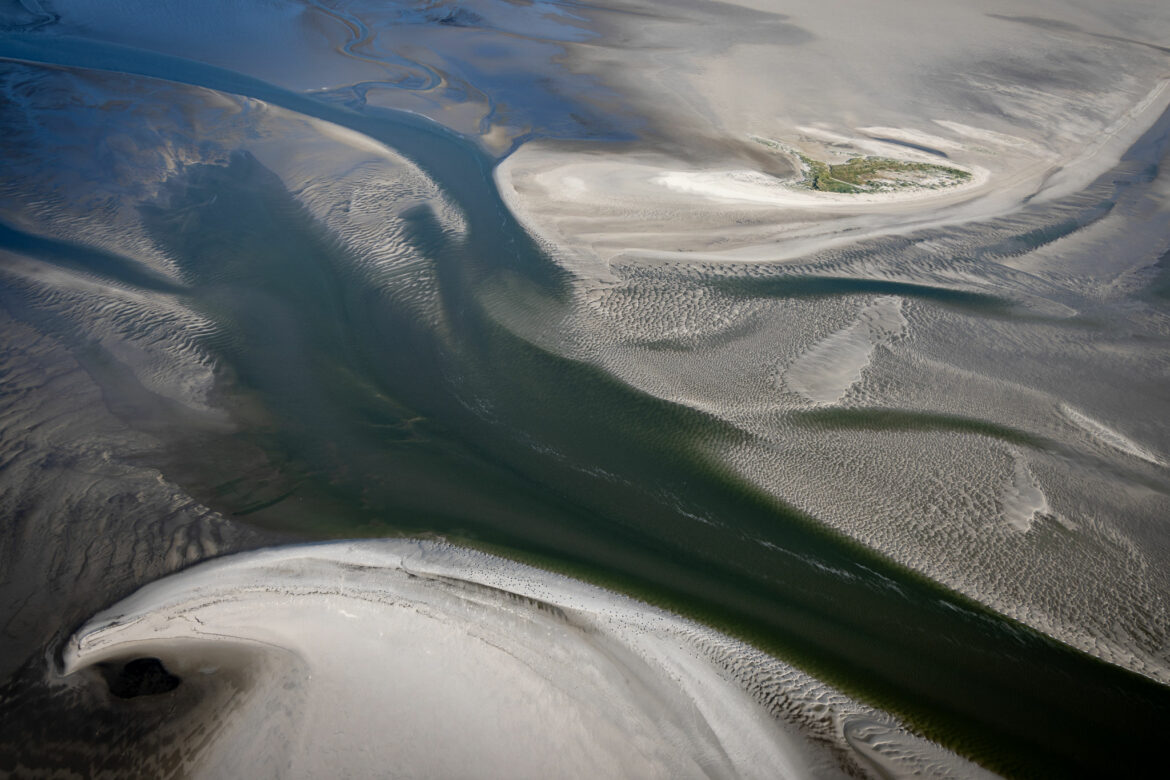 Between the Norderoogsand and the Japsand further north, there is still a tidal channel that drains the Hoogeloch. It is expected that it will silted up in the near future, because the Norderoogsand is expanding strongly to the north-east and has already swallowed a tideway between the Hallig Norderoog and the sand.

In my picture, however, you can still see the strong tide flow »opposing« the siltation. At the top of the picture you can see the dune island on Norderoogsand, which has been developing since the end of the 1990s and has already survived many storm surges. It is being scientifically monitored by the National Park Authority.