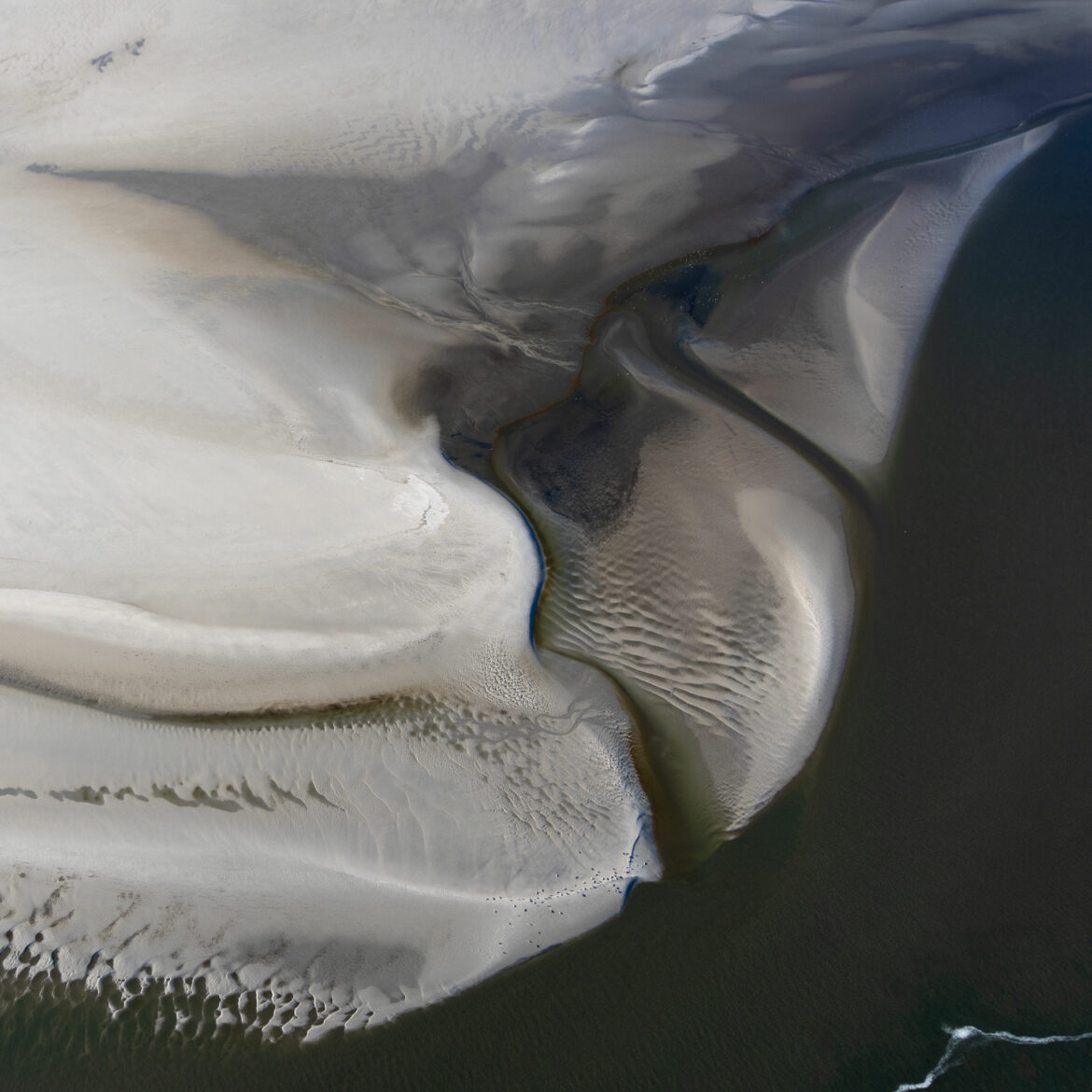 The south coast of Nordoogsand has looked like this for many years. As I flew over here now, I remembered one of the seal safaris we had done between 2016 and 2019. That’s when we had mostly docked at this overflow and hiked to the west coast of the sand as it progressed. The seal colony on its southern edge was always the motif of our safari on the way there or back. Here you can also clearly see the small colony of seals.

Isn’t it fascinating what shapes nature can create with water and sand? And in addition with such constancy, storm tides and the constant change in the Wadden Sea notwithstanding!