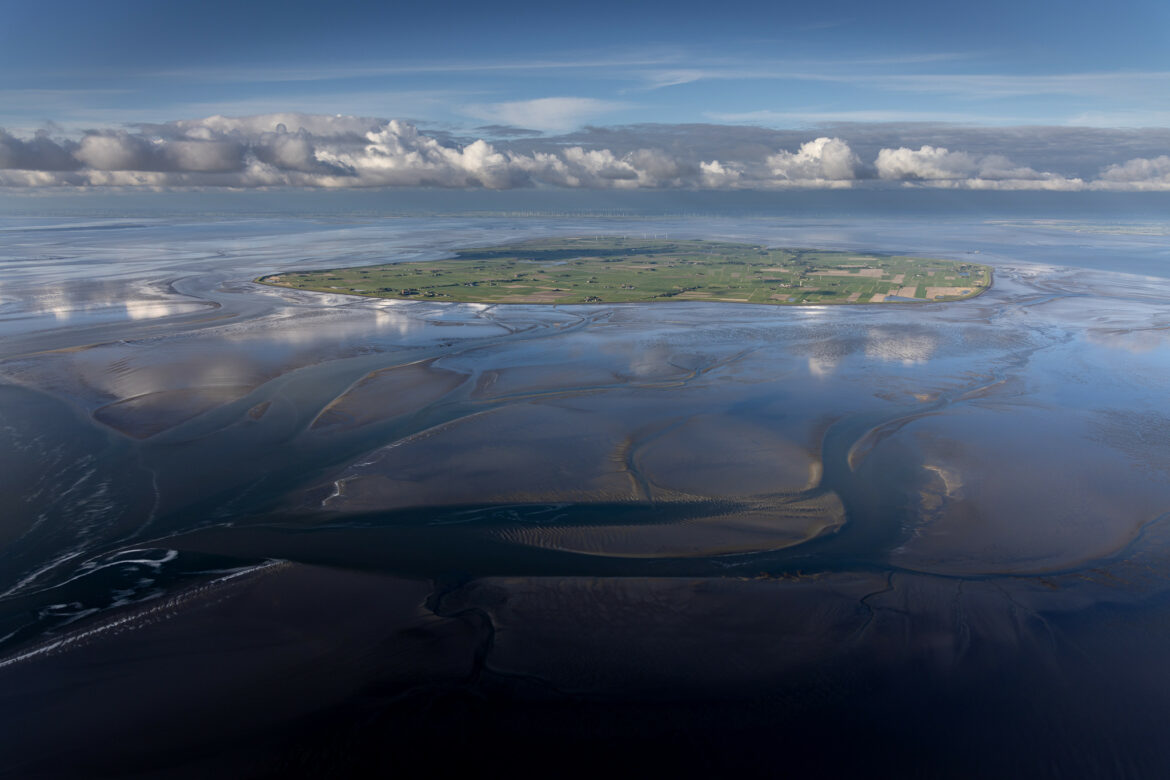 I love at this picture the looming tidal flats and further on Pellworm the reflecting clouds. Behind it lies like in a sink the island Pellworm, one can recognize in the north very clearly that it goes down behind the dike. Pellworm lies about one meter below sea level!