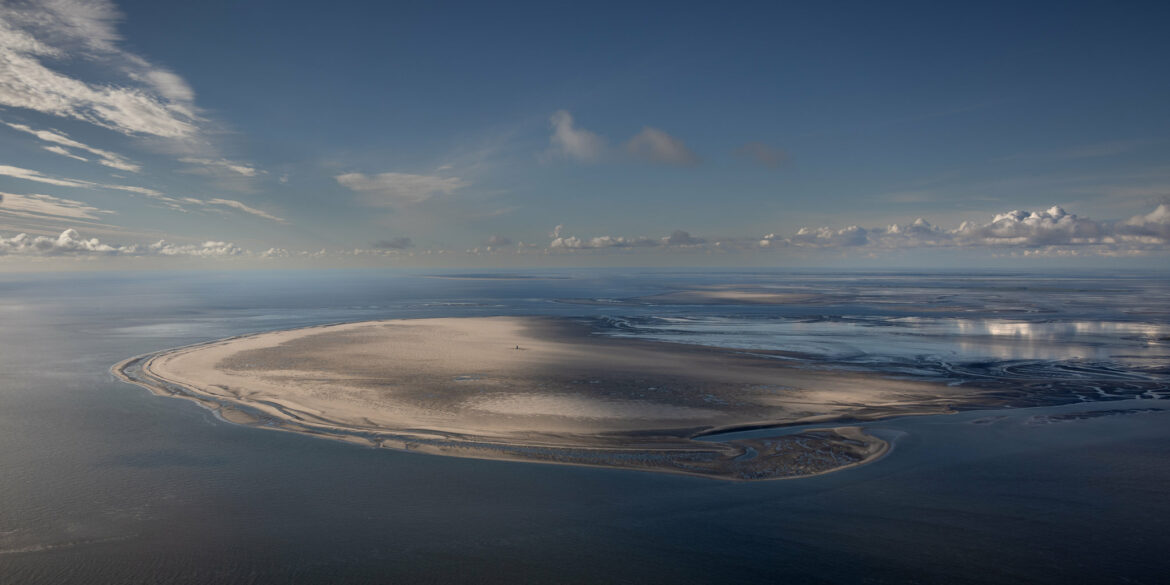 Southwest of the island of Pellworm lies the largest of the 3 so-called outer sands of the North Frisian Wadden Sea, the Süderoogsand. Between Pellworm and the sand is Hallig Süderoog, which is inhabited by a small family of 4 on behalf of the National Park Schleswig-Holstein Wadden Sea.

In the middle of the Süderoogsand you can recognize the life beacon, which once stood close to the wreck of the Ulpiano and thus on the western edge of the beach. In 2017 it was newly erected in the middle of the sand.
In the background you can see in the same color the Norderoogsand and a bit further the Japsand, which lies in front of Hallig Hooge. And if you look closely, you can see the island of Amrum to the left, which is characterized above all by the large green belt with the Kniepsand in front of it.