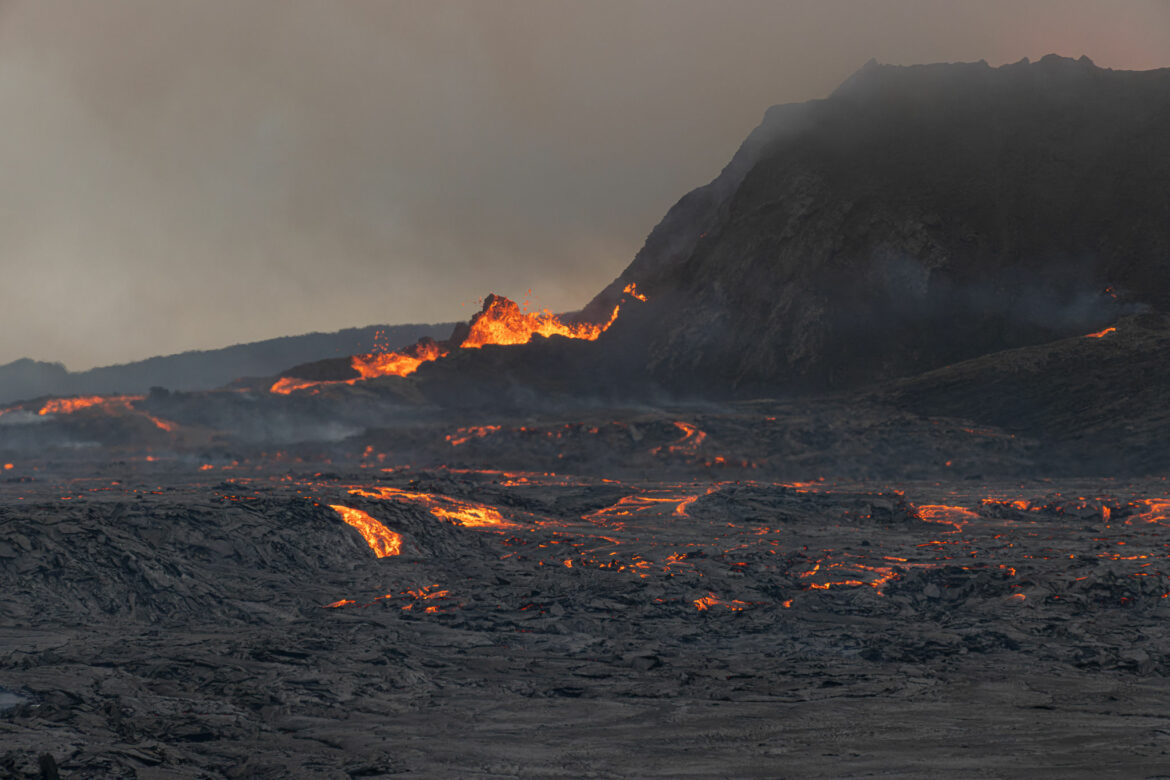 At the beginning of my Iceland vacation, the Fagradalsfjall volcano had been active for more than 5 months and after I had experienced it active on Aug. 31, 2021, it had initially gone dormant for the two weeks I was traveling along the south coast and in the highlands. Many of my fellow travelers on the highlands tour had not been fortunate enough to experience the volcano before, and we were all the more excited when it became active again after our return from the highlands. So, on our way to the airport, we decided to take the southern route on the Reykjanes peninsula once again, so that we could take the route up to the volcano if necessary.

Unfortunately the weather was not so good. It was raining and we had strong south wind when we left in a small group. It was clear that we wanted to take the western route up to the volcano, because there we could simply get closer. And what luck we had when we came over the ridge and saw the main crater. On its northwest flank it had cracked open and a lava lake had formed in front of it. As before, the red-hot lava came shooting out of the crater. The whole area in front of it was a single bubbling pot and in the middle of it a lava fountain had formed. Whether here a new vent had opened or simply only the kinetic energy of the lava from the main crater let it splash up there, I could not find out. But what a sight we had with the crater on the right and the fountain in the lava lake. The lava lake poured over an outflow in southwestern direction, so we could see a big lava flow parallel to the ridge. Further pictures show some of these details, especially once again the fountain:

On all of my images from this day you could see the volcanic gases in the air. Luckily the wind came from the right direction 😉