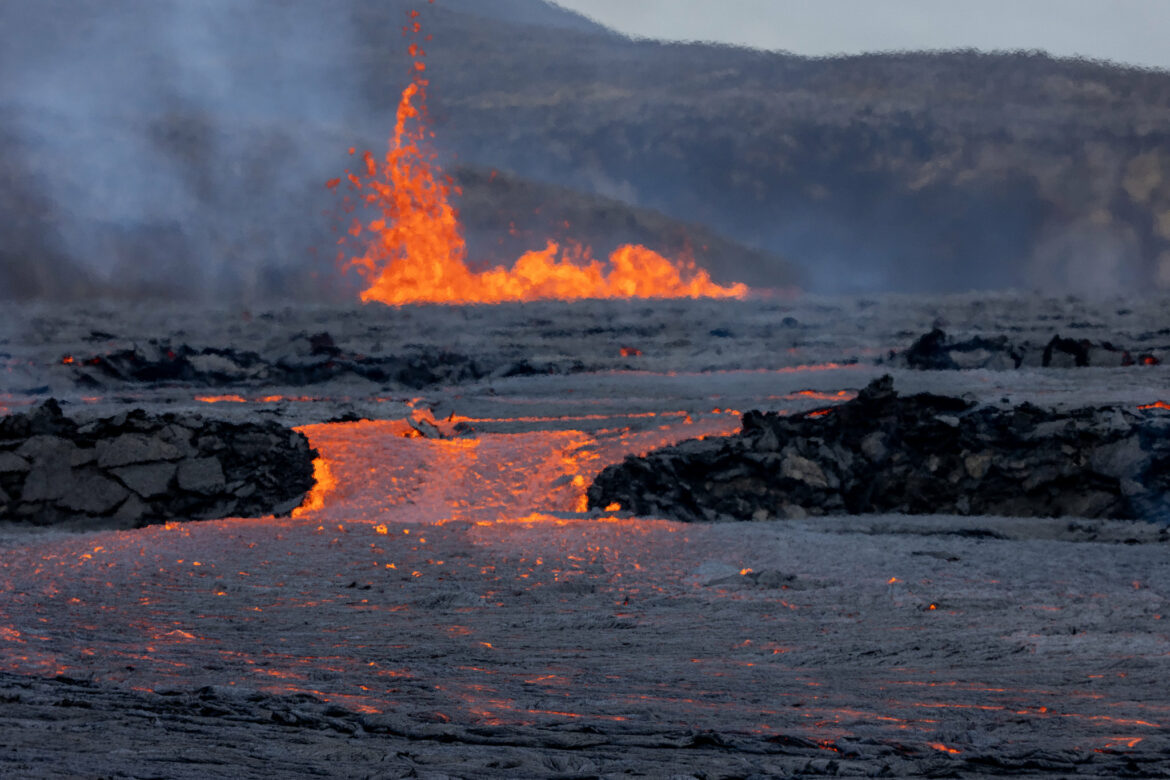 The last day on Iceland. Once again the opportunity to climb up to the active volcano Fagradalsfjall and finally also a weather forecast that largely promised a dry day. After it was clear from the previous day that most of the action would be on the west side of the main crater, I had climbed back up to the volcano on this side together with René Algesheimer. From the first sighting of the crater, it was quickly clear that the large lava lake on the west side, with its fountain in the center, was still active. From the lake a several meters wide and fast flowing lava flow was still pouring south. Before we got across to the lava lake, I really wanted to get the lava flow together with the fountain into the picture. The great heat emanating from the lava flow and the lake behind it hardly allowed a sharp image. But what a mood! In the background lava splashes up like from a fountain. Two other pictures show the outflow from the lake and this together with the main crater. Everywhere the air was just wafting. 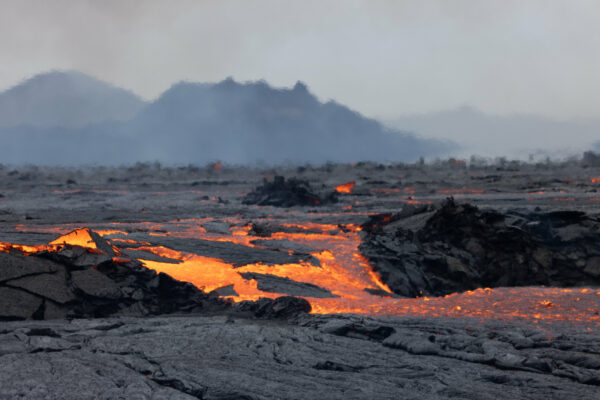 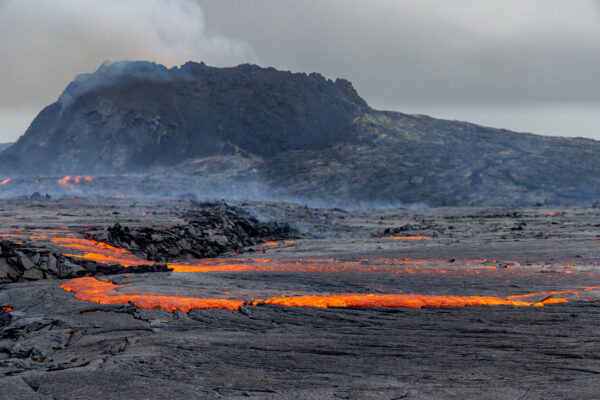 The main crater was about 500–600 meters away from me. In between only liquid lava!