Fagradalsfjall volcano in Iceland I 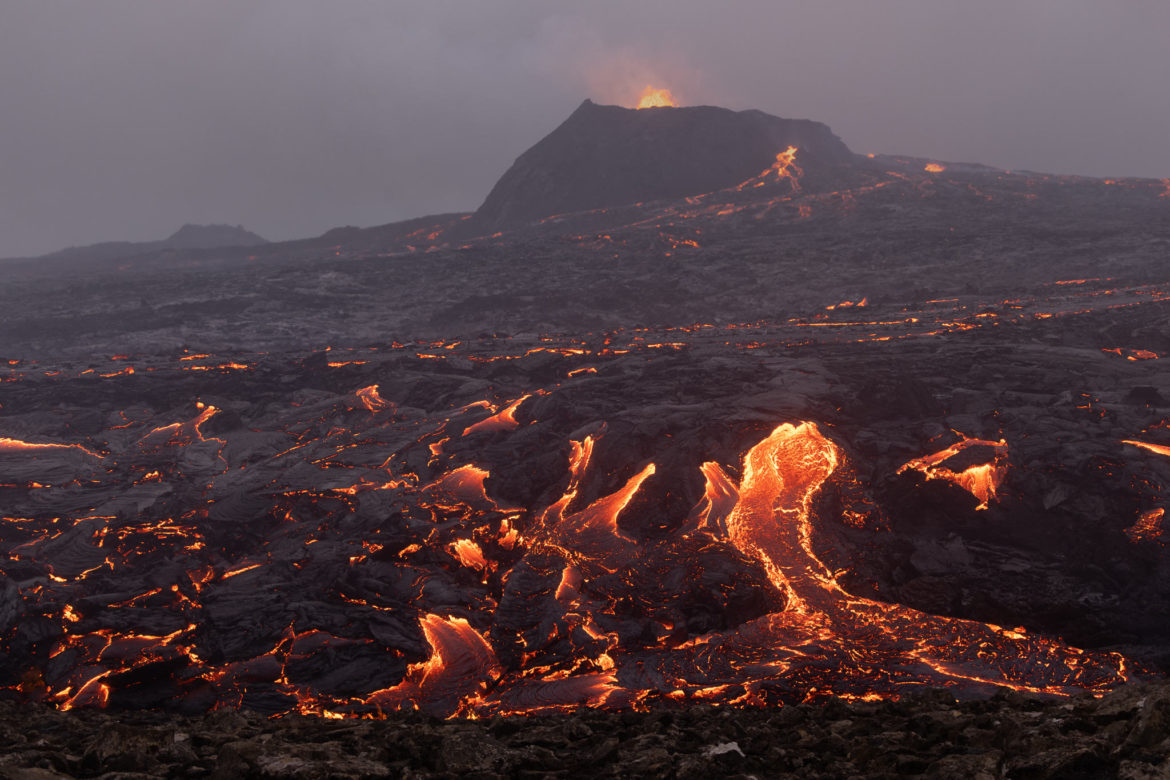 At the beginning of my 2‑week Iceland trip I had climbed up several times to the volcano Fagradalsfjall, on the second day I should finally succeed to experience it actively. I had climbed up on the west side the way designated as track B to the mountain ridge Fagradalsfjall. It was an exhausting way with a very steep ascent of about 200 vertical meters and the backpack full of photo equipment, food and especially enough to drink on my back. When I crossed the crest of the ridge, the big vent No. 5 lay in front of me and when the first lava fountains spurted out of the vent I could hardly believe my luck. To come fast forward to the edge of the lava was not to be thought, because the mountain ridge was provided with loose stones in head size. I had to set my steps very exactly.

Arrived at the edge of the lava field, the vent was perhaps still 500m away from me. But you could stay a good 5–10 meters away from the molten lava because you were much higher up on the mountainside. So I had a lava flow running crosswise in front of me at a short distance, from which lava tongues kept pouring towards the mountainside.

Again and again cooling lava piled up on the surface of the lava flow and pulled viscous lava upwards with it. This resulted in great structures, as shown in the picture above.  The upper part of the picture is characterized by the shimmering air above the lava flow. All the details are lost.

When lava poured towards the mountainside, sometimes real caves were formed from which the lava radiated red-hot.

Again and again lava erupted from the lava flow in front of me and poured out in small tongues towards the mountainside. Here it was mostly already quite tough, cooled down quickly on the surface, so that many black spots could be seen on the red glowing lava. 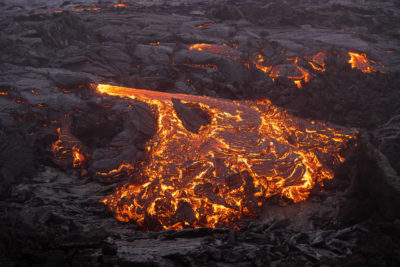 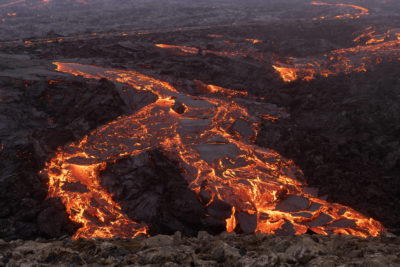 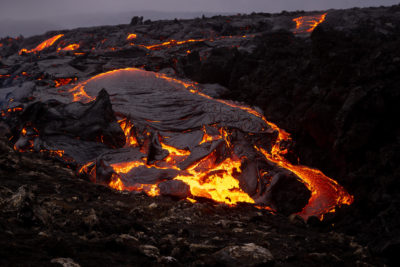