Above the mouth of the Hólmsá river

Home / Blog / Colorful / Above the mouth of the Hólmsá river 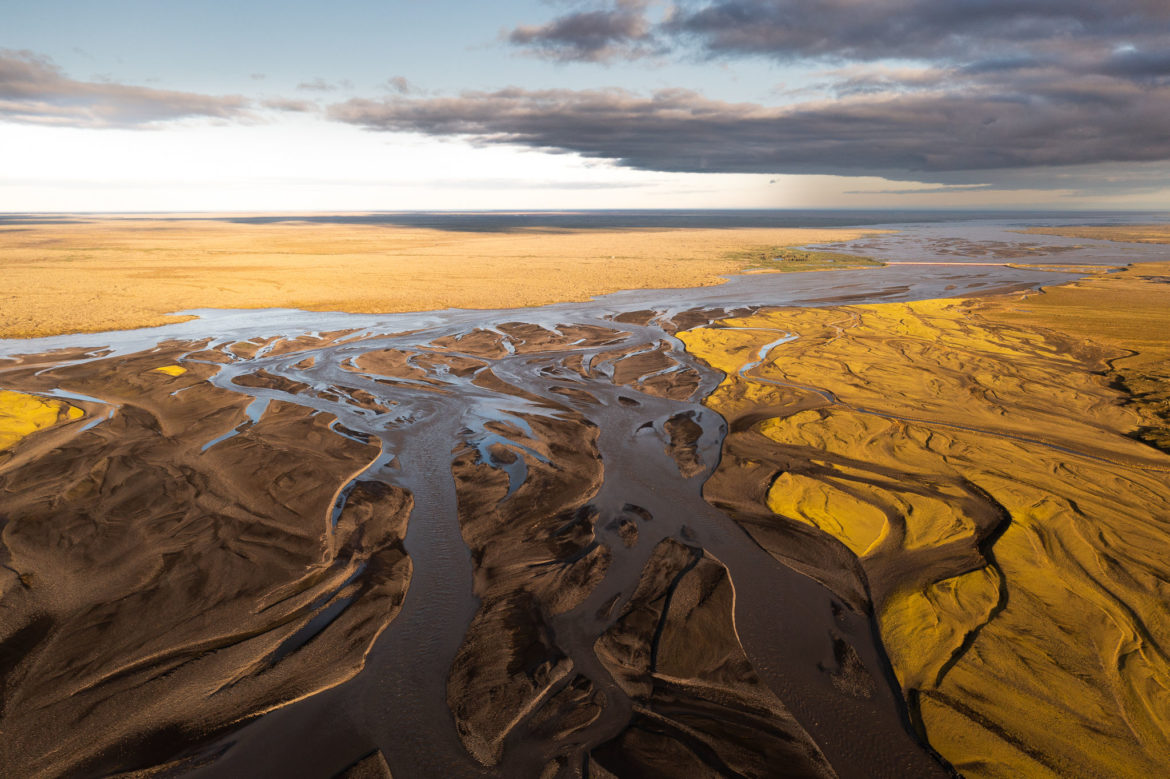 Arrived in the evening at the wonderful Hrífunes Guesthouse, I used the golden hour the time to let the drones rise. Below the guesthouse lies the mouth of the Hólmsá into the Kúdaflót, one of the river arms of the Skaftá. Soon it became apparent that I was right, as the riverbed shone in many shades of yellow between the brown riverbed. At the beginning I let my drone fly in the direction of the ring road, because there a long, red bridge over the Kúdaflót could be seen. East of it begins the Eldhraun lava field, which was formed during the Laki eruption from 1783 to 1784 more than 60 km away from the eruption site. In the photo above, you can clearly see the yellow structures of the lava field on the left.

On the return flight I turned the drone to the west and looked up the river course. In the direction of the glistening sun the mountains of Mýrdalsjökull can be seen.