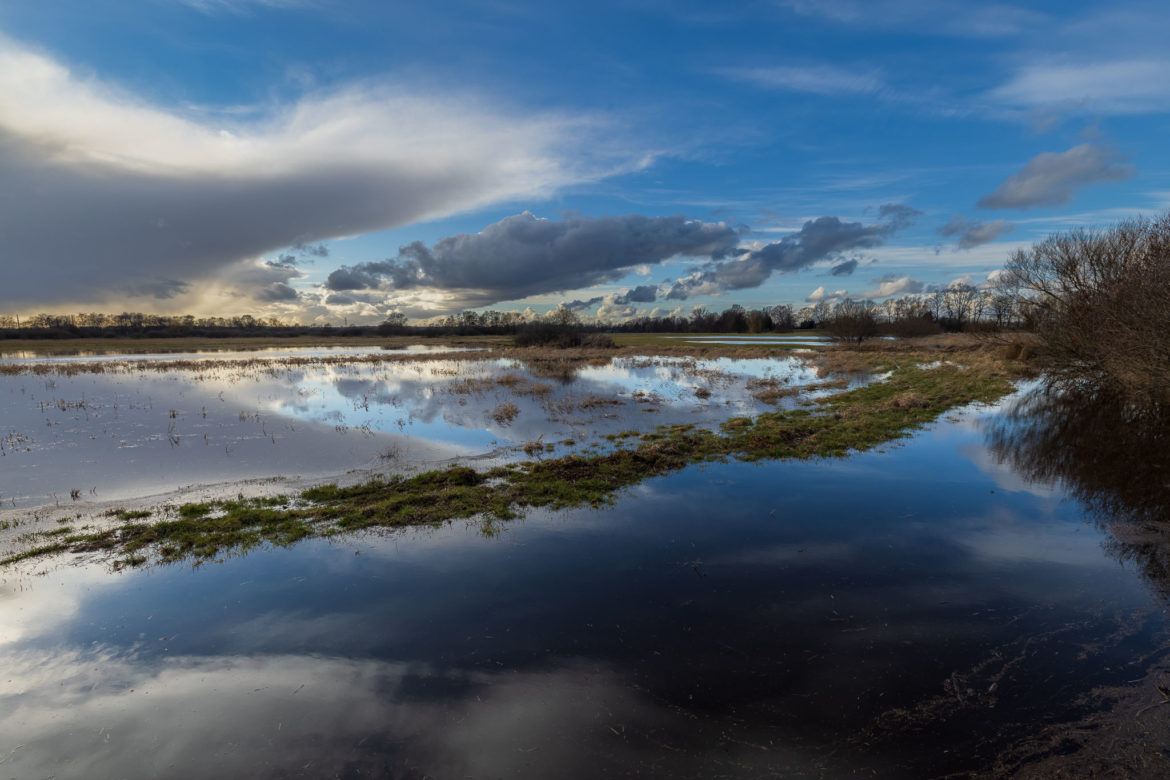 Not after the snow melted, but after a day of extensive rainfall, I had set out for the area Untere Seeveniederung, about 30 km from home towards the river Elbe, because I just wanted to explore the Seeve and the terrain at Junkernfeld. There were still rain clouds in the sky and in the late afternoon the sun was already quite flat in the southwest when I arrived there. When I got to the Seeve Bridge in the south of Junkernfeld, I first noticed the high water level of the river. The adjacent pastures were partly flooded and the ditch coming from the south at the bridge had already overflowed its banks. Therefore, I was drawn a little further south along the path that runs along Steller Lake. Hardly after a group of bushes the view opened again to the west, I saw the in wide parts flooded pasture landscape like a mirror for the cloudy sky in front of me.

Wow, what a picture lay here before me! I immediately had the composition in my head and only had to set up the tripod and align the camera correctly! Later, in the image processing, the image was also exactly as I remembered it. Only a few small optimizations and I can now present it so.