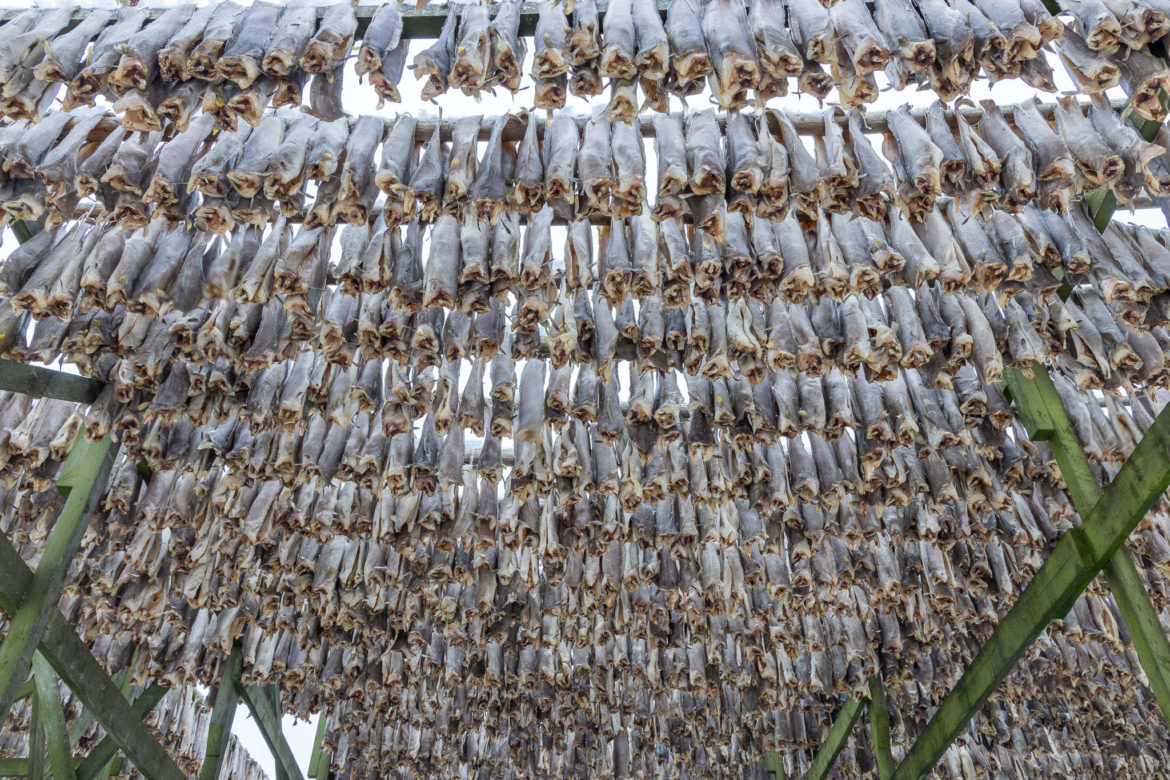 Finally stockfish in front of my lens! At the end of January, the season of stockfish fishing was just beginning and I was lucky that the first racks around the sports field in Hennigsvær were hung with fresh cod. Despite the intense smell of fish, I couldn’t help but lie under the racks and try good compositions from the racks with thousands of fish loaves. 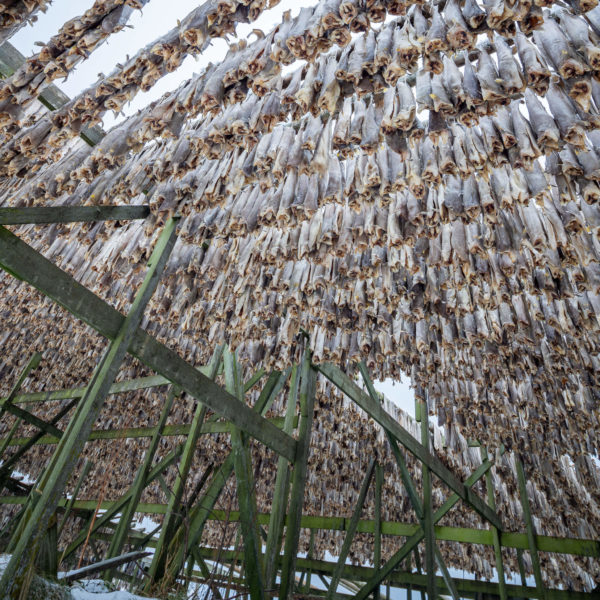 The wooden beams over which the fish were tied in pairs hung bent under the load. The cod was still fresh, probably caught only a few days before and thus not yet dried out and light as it would later be as stockfish.

From close up you could see the fresh fish very well. Only the heads are cut off and the loaves are gutted. The heads are dried and tied together to form large grapes. They are later sold to Africa, while the largest quantity of the high-quality stockfish will be exported to Italy and partly also to Spain. I first got to know stockfish as a dish in 1984 when I was a schoolboy. Watered, wrapped in dough and fried, it was sold in Rome near the Campo de‹ Fiori as a simple but good and inexpensive lunch dish. At that time it was offered in the Trattoria Dar Filettaro a Santa Barbara, which still exists today — there it was called Filetti Baccala (fried stockfish).