Homepage / Blog / Colorful / Hennigsvær — the fishing village by the Vestfjord 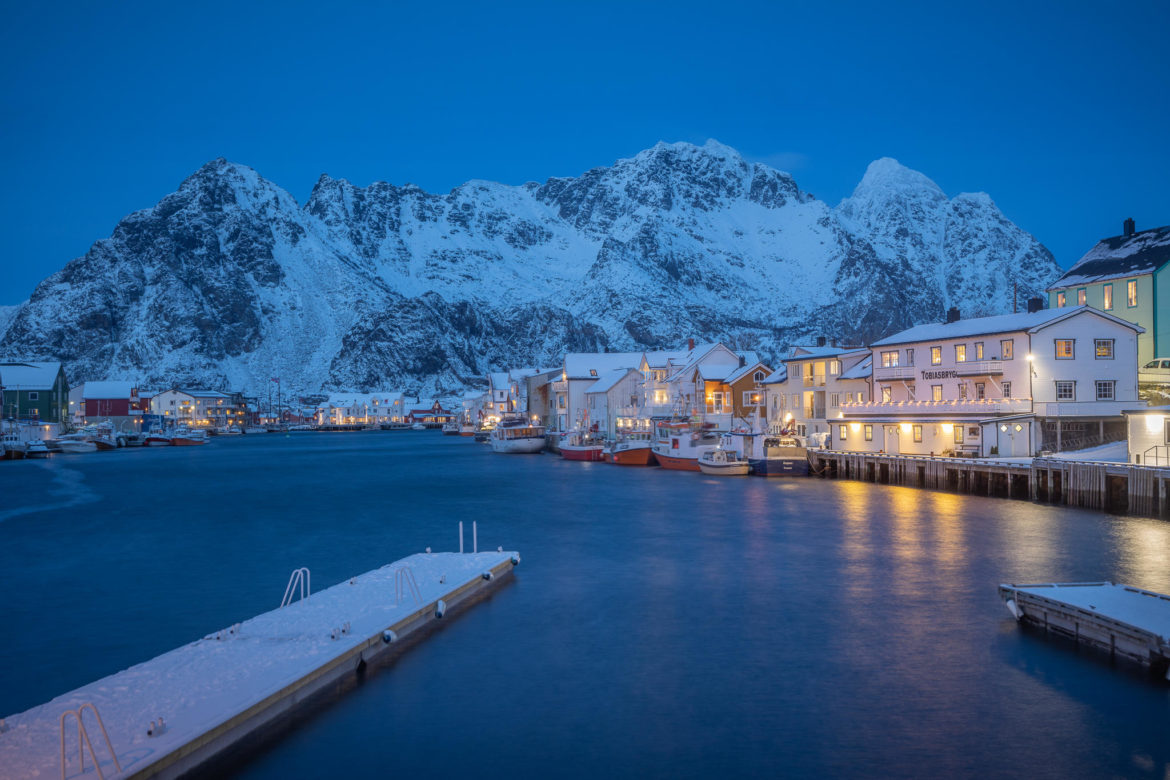 Hennigsvær, the fishing village on the Vestfjord. A football field surrounded by stockfish racks and two elongated islands with the fishing harbor in the middle. Today, many of the former storehouses and workshops have been converted into hotels and holiday apartments, but small fishing boats still lie in front of them on the quay. Typical for Norway are wooden houses, untypical for Norway painted in white or bright colors and not red or yellow like most Rorbuer. If you go to the southern end of the harbor basin, you have a view of the mountain range north of Hennigsvær, which makes this view so typical. Often you can see threatening photos from this direction on the internet and I promptly heard the hum of a drone above me on the first evening. What luck that I was still here in the off-season, how crowded this little place may be in February or March, the air filled with photo drones!

When I stepped out of the hotel, I was delighted to have my winter equipment with me. Blank ice lay on the snow-covered streets and footpaths are unknown in the village. So I immediately put my spikes under my boots and set off for my tour through Hennigsvær with my thick, winter jacket and lined pants. I was immediately drawn to the harbor and so I just walked along the edge of the quay on my way to the south end. 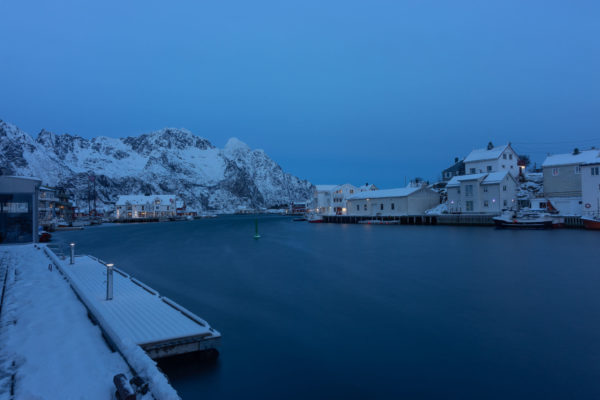 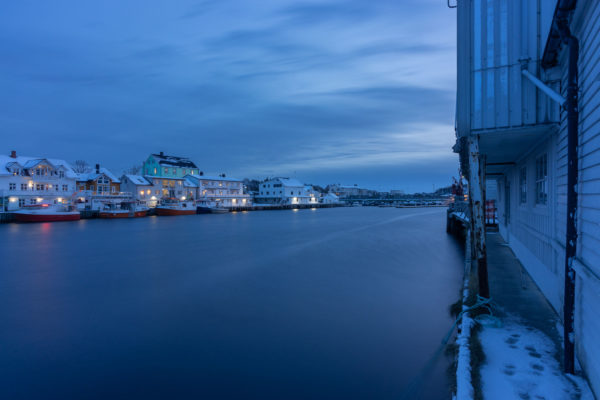 Arriving around the south bank of the harbor, I not only had the overall view with the mountains in the background, but also some detail shots in focus. Of course, the all-dominant mountain range with the Festvågtind was still in the picture. 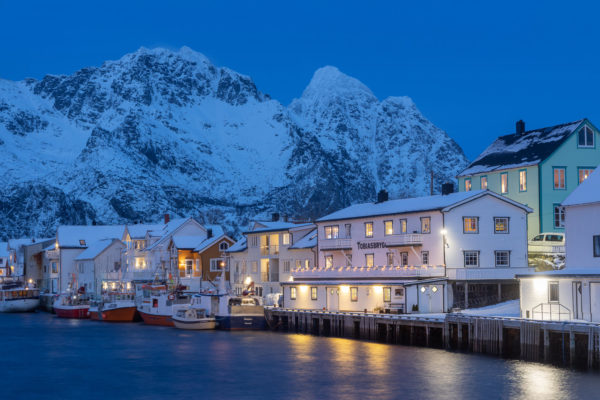 On the way back I had walked along the road, past a shipyard with its slipways and beautiful houses, which were built on rocks above the road. 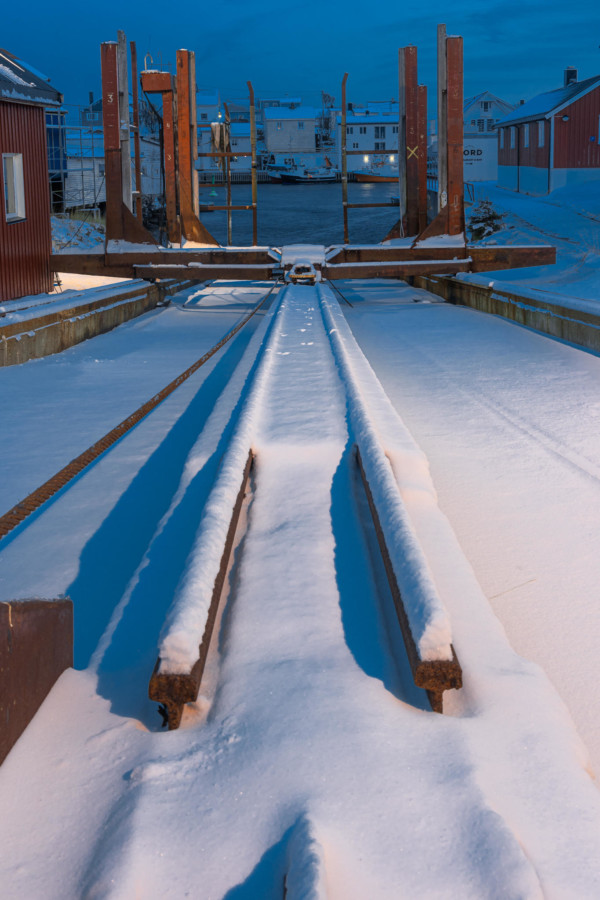 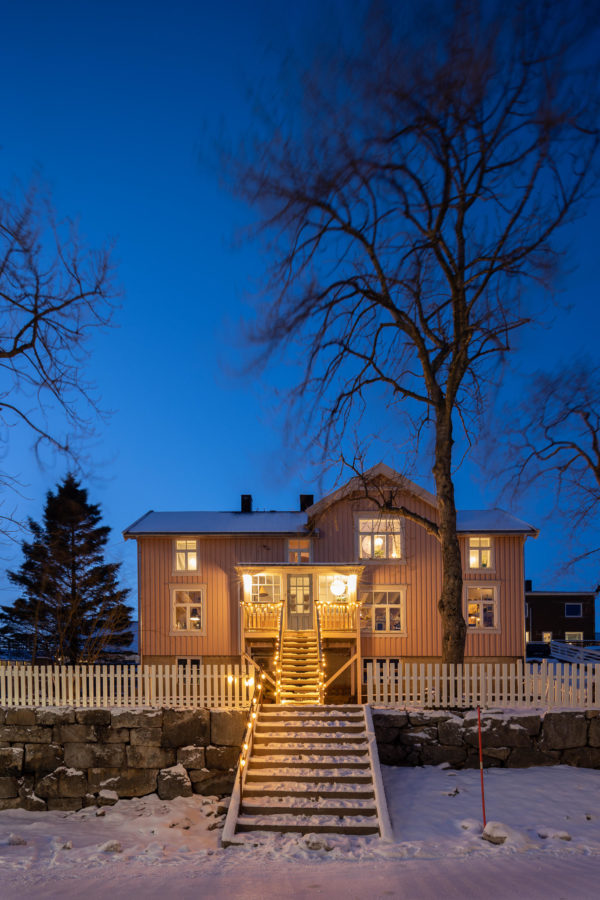