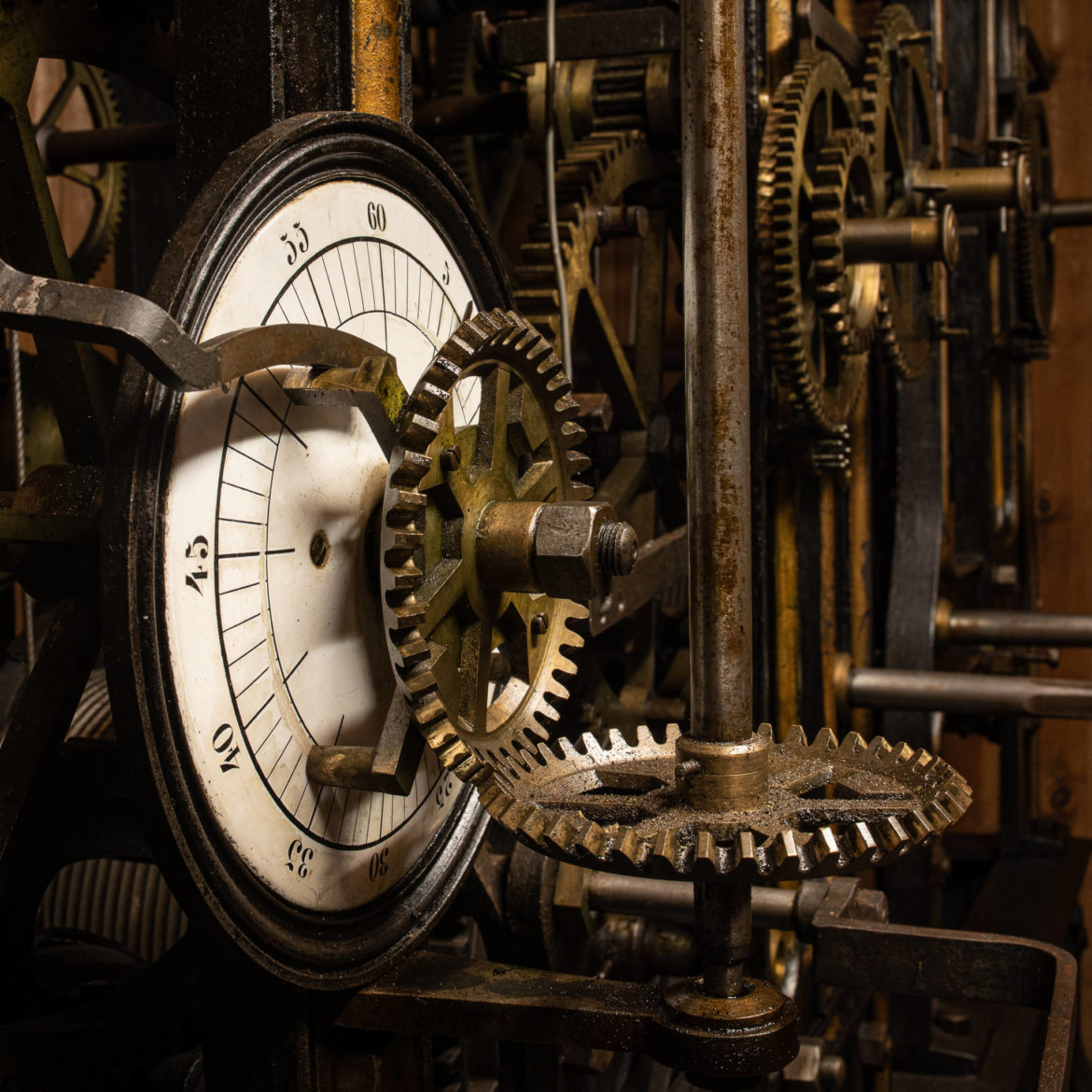 The clockwork of the St. Nicolai church in Lüneburg dates back to 1895, and when the tower construction from 1831–1895 was completed, a clockwork from the company Weule in Bockenem was also installed. In 1967 the church council decided to convert this mechanical masterpiece to electrical operation. Fortunately, the old mechanical clockwork was put back into operation in 1995, with only one innovation: since then, the heavy weights have been wound by motors.

In the past I never thought about the fact that not only the tower clocks of churches are driven by such clockworks. There are the two clock bells high up in the tower, which ring every quarter and on the hour, the hammer at the Mary’s bell, which rings three times a day with 9 beats to the Lord’s Prayer, and the three large bells which are controlled from here.

One only has to look at the many steel cables that lead up from the clockwork through the wooden ceiling. Some of them carry the counterweights and provide the drive for the clock. They are wound up on 3 drums in the lower part of the clock. The axis in the middle is the hour axis for the drive of the dials and with the white minute scale behind it you can see the quarter-hour striking mechanism.

On the left is a thermometer that shows the sacristan how warm the technology is, because the ropes and axles expand with rising temperatures, which affects the accuracy of the clock. 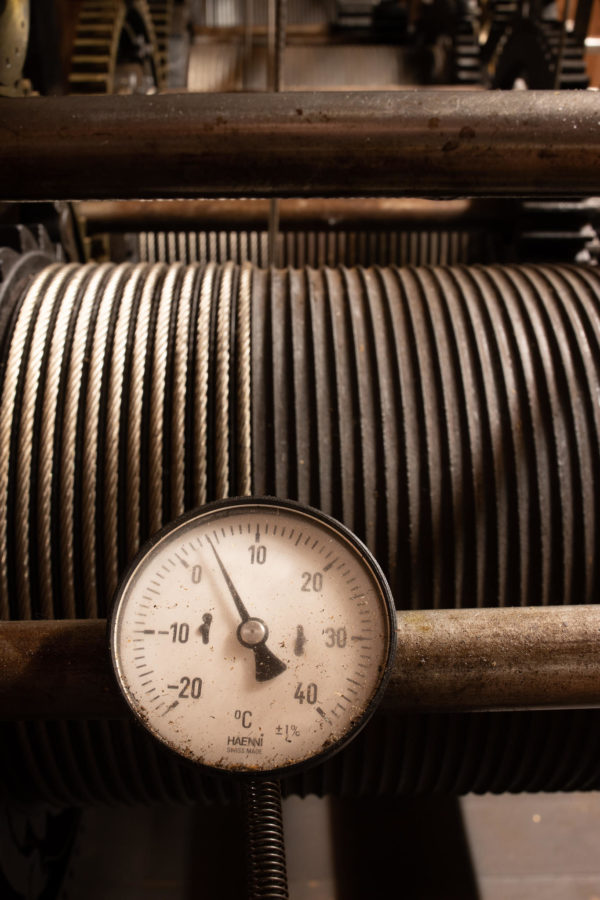 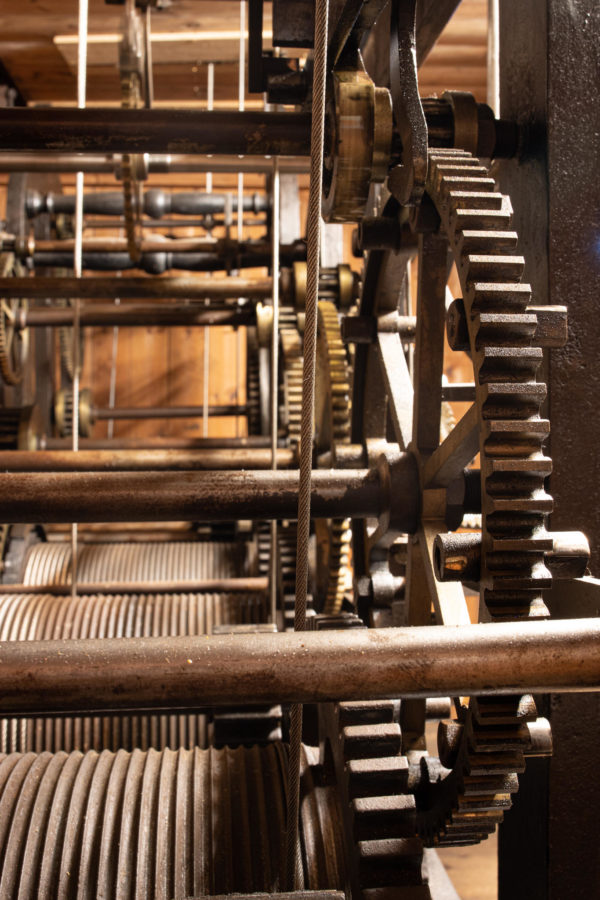 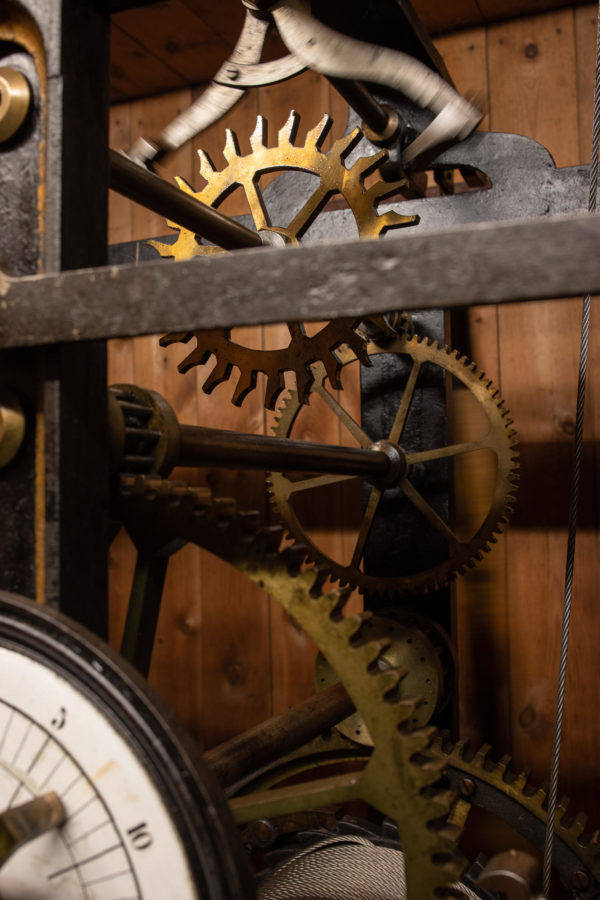 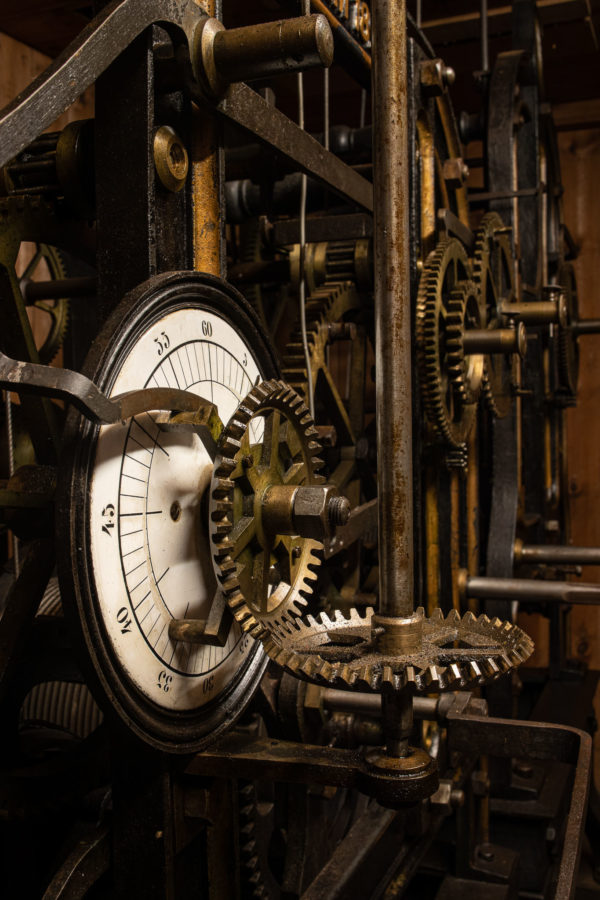 On the right you can see the gear wheel with the triggers for the prayer bell. Here 3 pushers are installed, at 6 o’clock, 12 o’clock and 18 o’clock. I still remembered my first guided tour in the tower, when we met at the church at 12 o’clock and exactly at that time the Mary’s bell was struck 9 times! 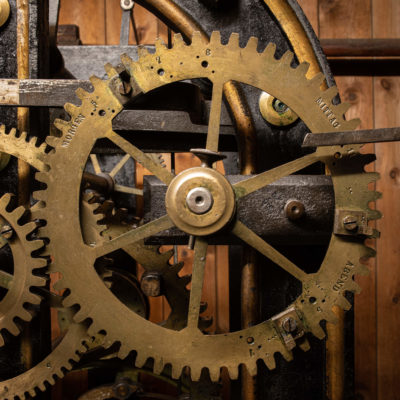 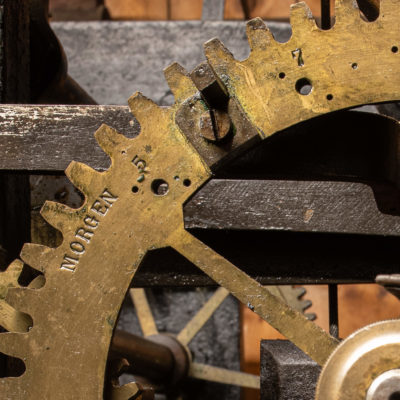 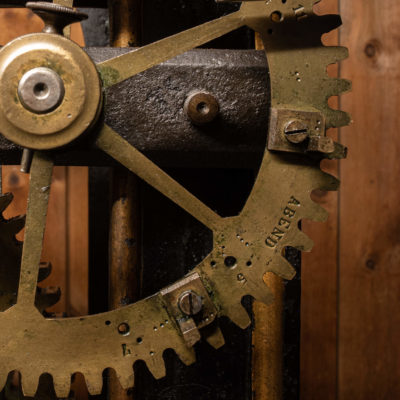 Further up the tower, you pass the bells and reach the area where the church clocks are attached to the tower. The hoists with the counterweights of the clockwork also run in this area, while below on the floor the motors for winding the weights can be seen. 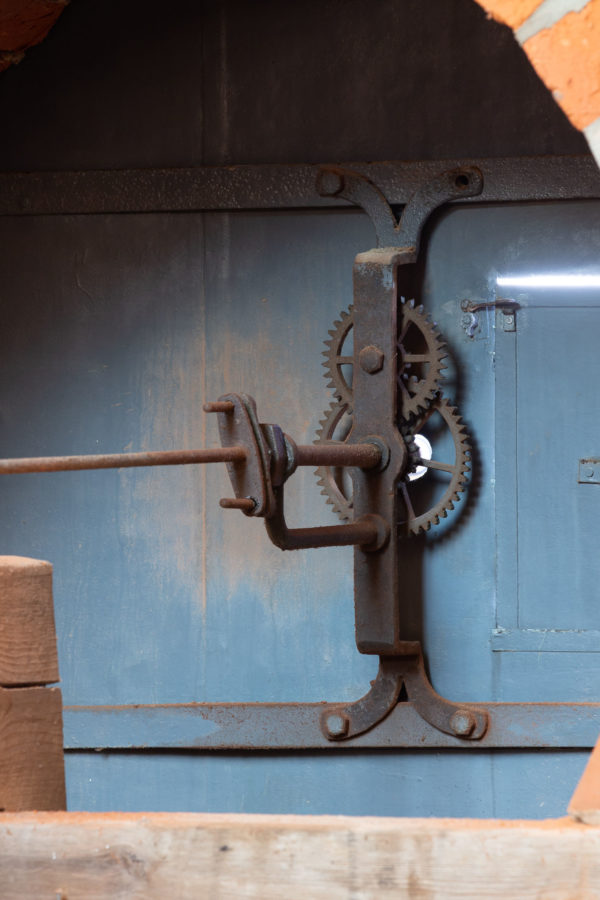 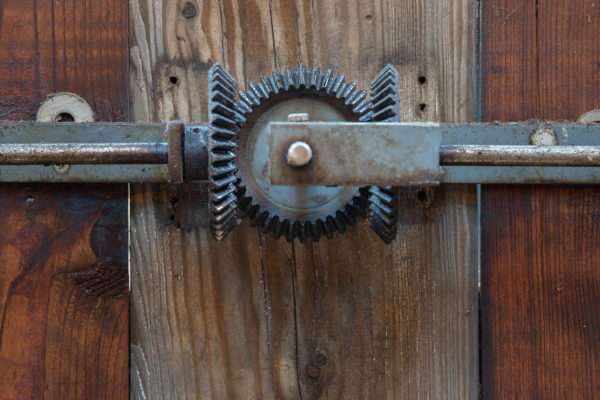 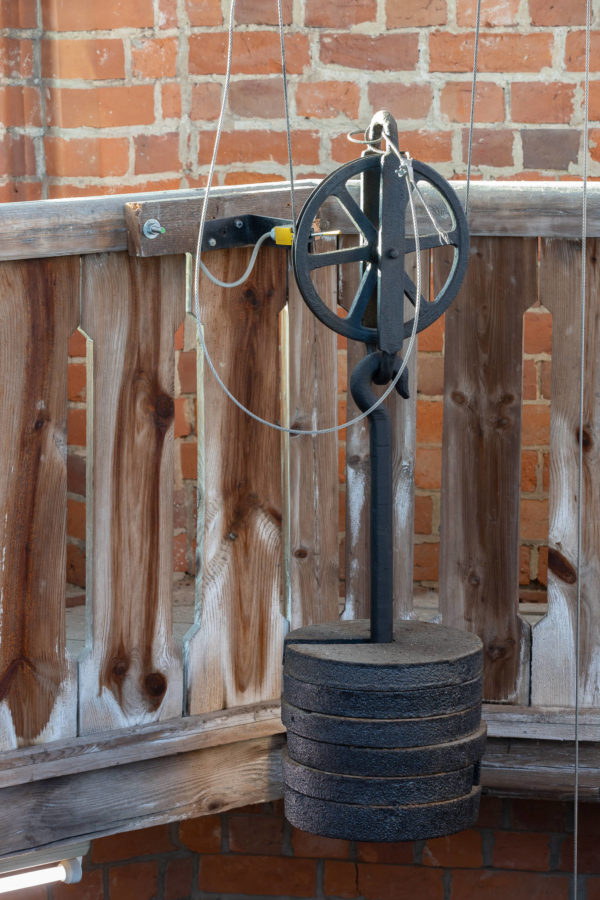 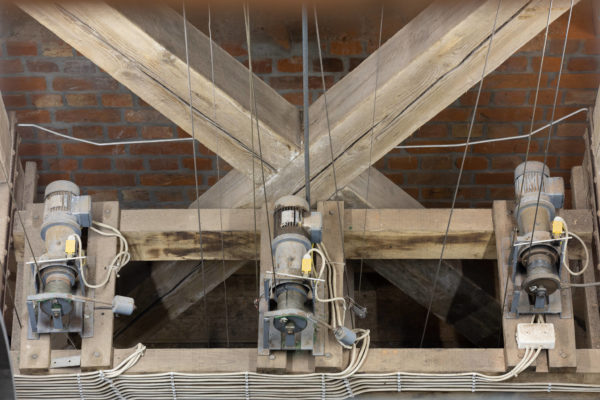 The whole shows a centuries-old technology only slightly modernized — technology history at its best!