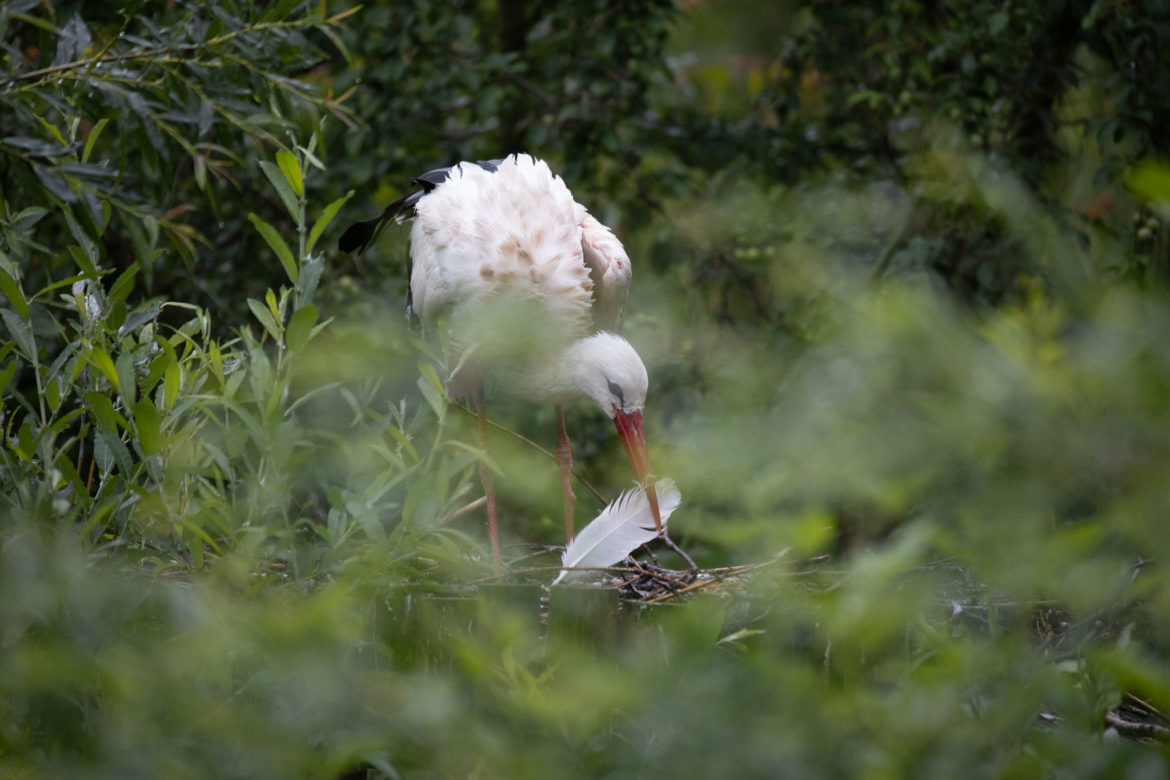 When I saw a couple of storks in the wildlife park Schwarze Berge at theduck pond, it was clear that I would take some photos here again. That one stork — I suppose a stork lady — played around with the feather again and again looked like Schickedöns to me, in any case I had to think again of Michael Goltz and his storks on the church in Schwabstedt. Both storks were always observing how they worked in their feathers and the remains of feathers in the beak of the second stork indicate a moult. I have no idea whether they were young storks or not. Anyway, they already had red legs and beaks, which indicated a further development than that of the young storks in Schwabstedt. 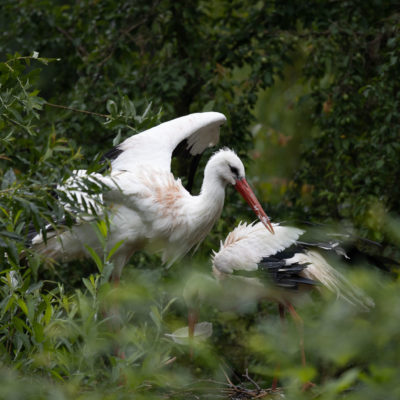 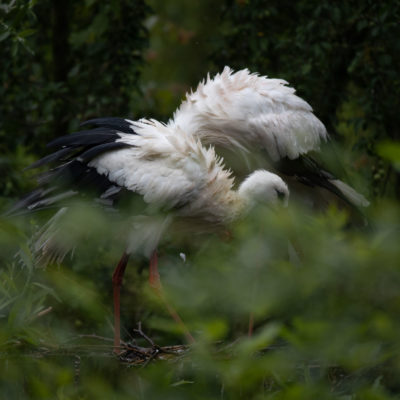 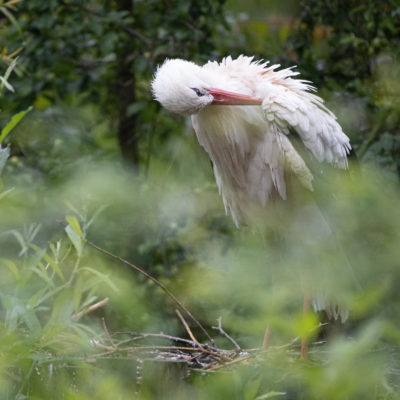 It was sad to see that one stork had a broken beak. In the lower part the two halves of the beak did not come cleanly together. You can clearly see where the beak is actually closed. Will he be able to hunt with this handicap?