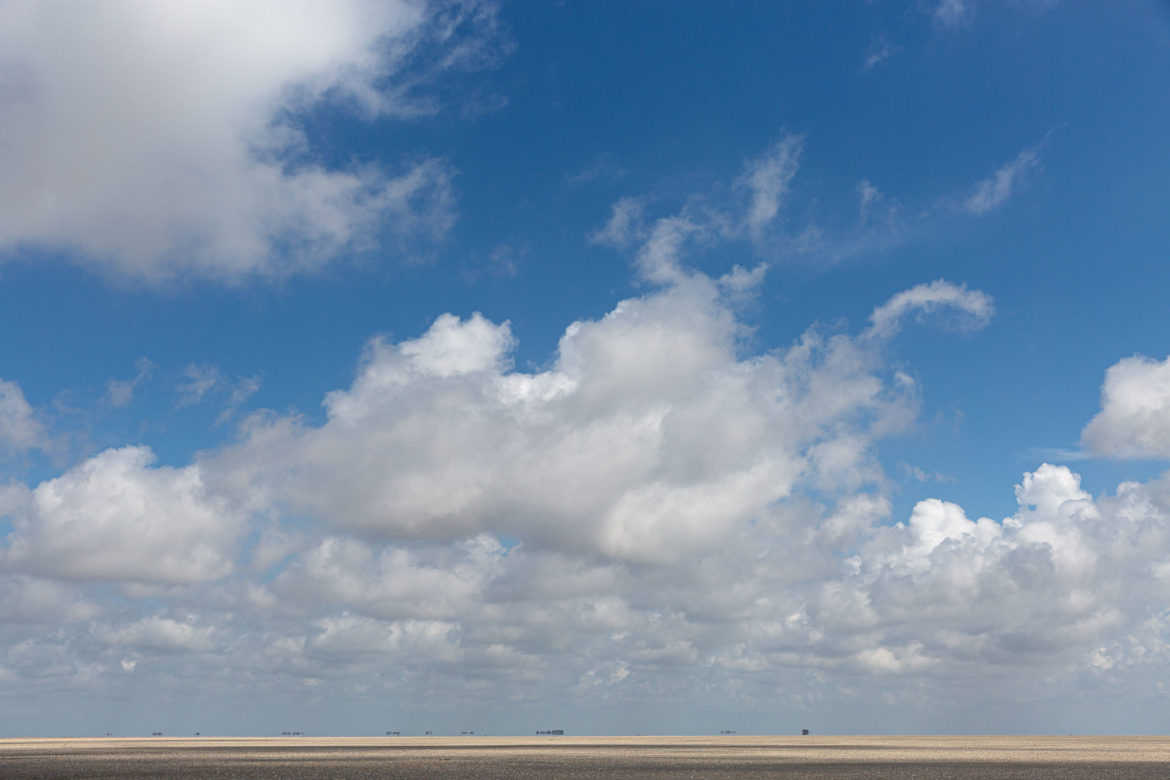 As soon as we had dropped off photographers on Norderoogsand, we were aware of the immense space of this natural landscape. To the north we could only see the terps and the jetty of Hallig Hooge emerging from the Wadden Sea. Reflections included. The clouds piled up above the Wadden Sea and to our delight showed a lot of blue sky — almost Bavarian sky!

We had landed far in the south of the Norderoogsand and had gone on foot to the northwest to the west side of the sand. There was only space left to be felt. Even the waves were far away and from the west the clouds had almost disappeared and there were only cirrus clouds in the sky.

Here you can still see a shallow creek above the sand, while on the right the surf is weakly visible.

But when I turned around, I had a completely different view. In front of me the mussel covered sand, on the east side of which a glittering bright band can be seen. And behind it as a dark stripe, clearly visible through the tower of the old church: Pellworm. If you enlarge the picture, you should even be able to see the lighthouse weakly on its south side. And above: The band of clouds, already drawn off over the mainland. And something else above the clouds in the middle of the picture: The moon, shortly after its rise.

That’s the way to make out width! Far west of the Wadden Sea Island Pellworm.