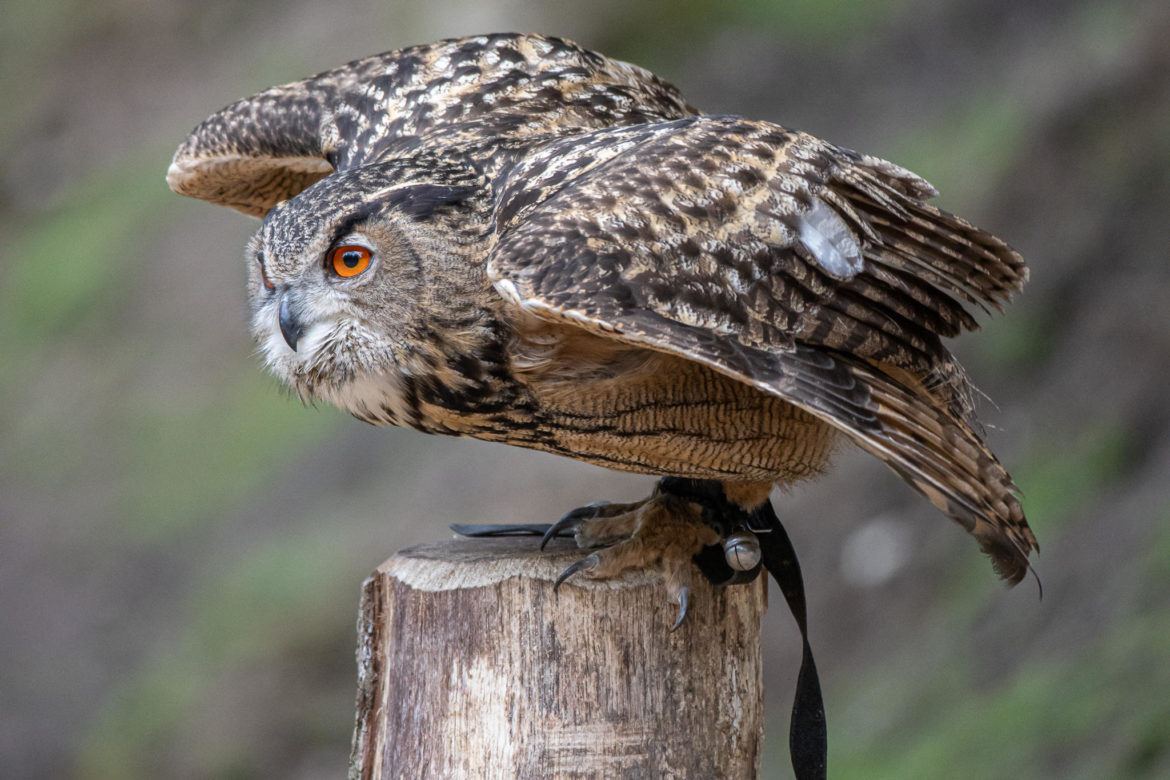 One of the most fascinating creatures on earth for me is the owl. I love the plumage, its silent flight and the eyes! Again and again the big shining eyes!

So also here in my recording during the flight show in the Wildlife Park Schwarze Berge. The flight show takes place on a very large area, where the birds have possibilities to fly a little more freely. However, for the eagle owl I sat too close to the flight path to be able to follow the bird in flight with the large lens that I had at that day. But thanks to the range of the lens there were great shots on the hide. Again and again the bird trainer lured her with a piece of meat on the seat, so that I could catch the approach. There were the 560mm of the lens almost too much focal length.

The type of approach became a little clearer when the eagle owl flew towards the trainer’s glove. The wings of the eagle owl covered the food to protect it from predators. 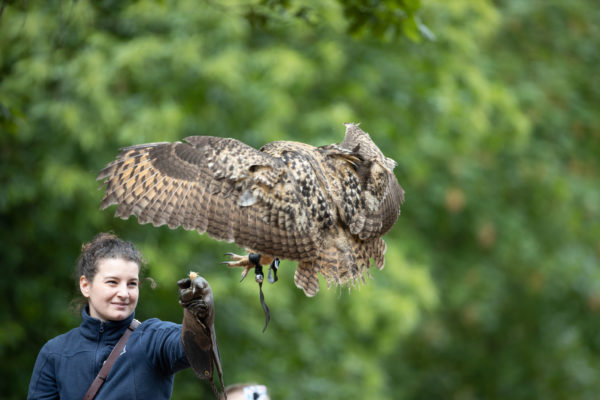 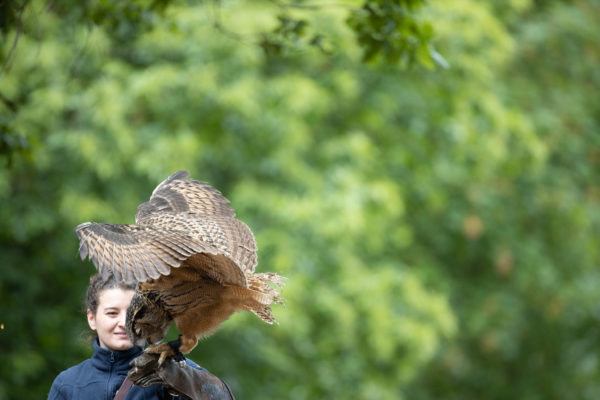 But exactly with this coach a small mishap happened. The eagle owl wanted to fly away, but the trainer still held the belt firmly in her grip. For a short time the eagle owl dangled under her glove. When she was upright again, you can clearly see her indignation in her eyes, can’t you? 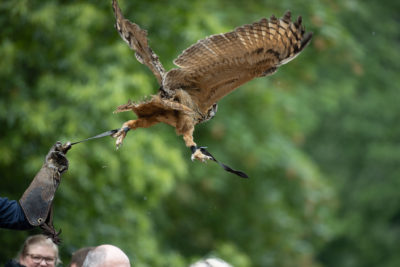 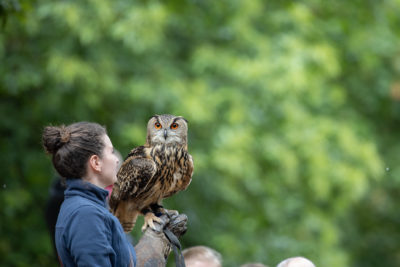