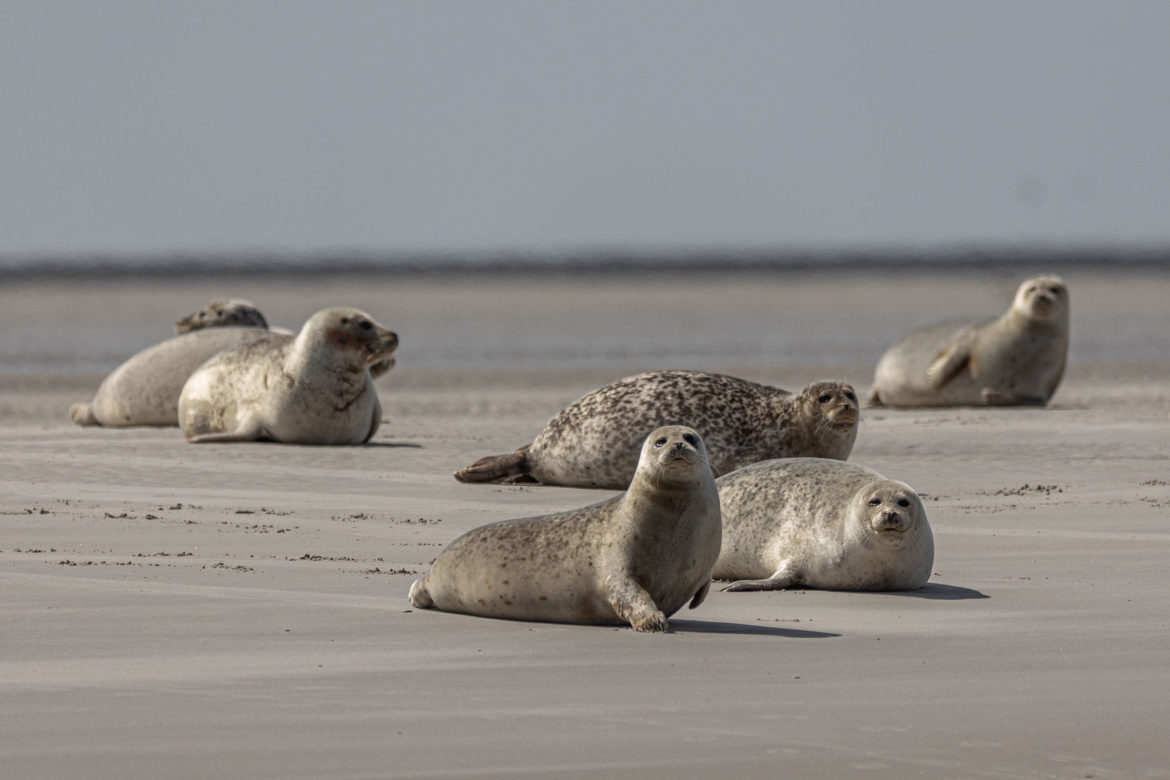 This year it was my third seal safari with Helga and Wilfried Dunkel and once again completely different. The seals had looked for other places on the sands off Pellworm and our little boat of the brothers Hellmann couldn’t land at the old place on the Norderoogsand anymore to leave us alone for one hour in the endless vastness of the outside sands off Pellworm and the Hallig Hooge. In addition we had many clouds, so that our main motives, the seals with their young were not always in the best light.

But I was still able to bring some nice pictures with me. For example this curious seal that leans on a fin in order to see us better: »Who is looking?«.

Again and again the seals lay together in groups, partly however so far in the depth staggered that it should not be possible for me to have all in a sharpness level. This was easier in 2017 because they were on the high shore of Norderoogsand and we simply drifted past them by boat. In addition, the water on the shore at that time was much deeper than on the flat sands this year.

It was interesting on the southern sands in the direction of the Hallig Süderoog. In the upper third of the picture you can clearly see the deeper water areas. In this area the seals lay also rather isolated and above all cross to us, because they hid partially their cubs from us. 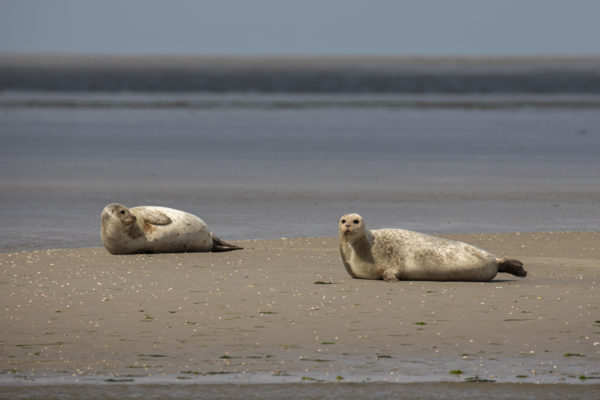 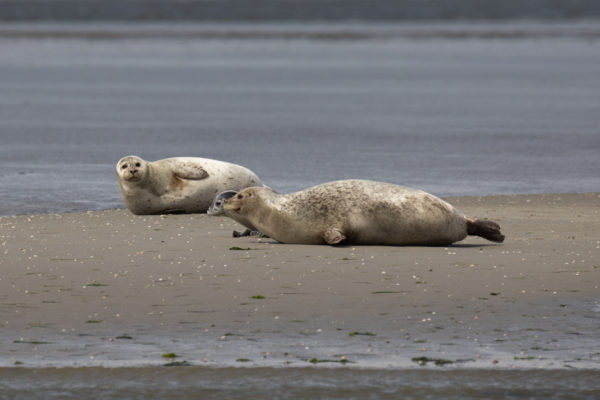 As already mentioned in the article about the crossing, the most beautiful thing this year was the trip onto the sand. With an amazing cloud sky above us, it was simply impressive. But I make a second article about that…