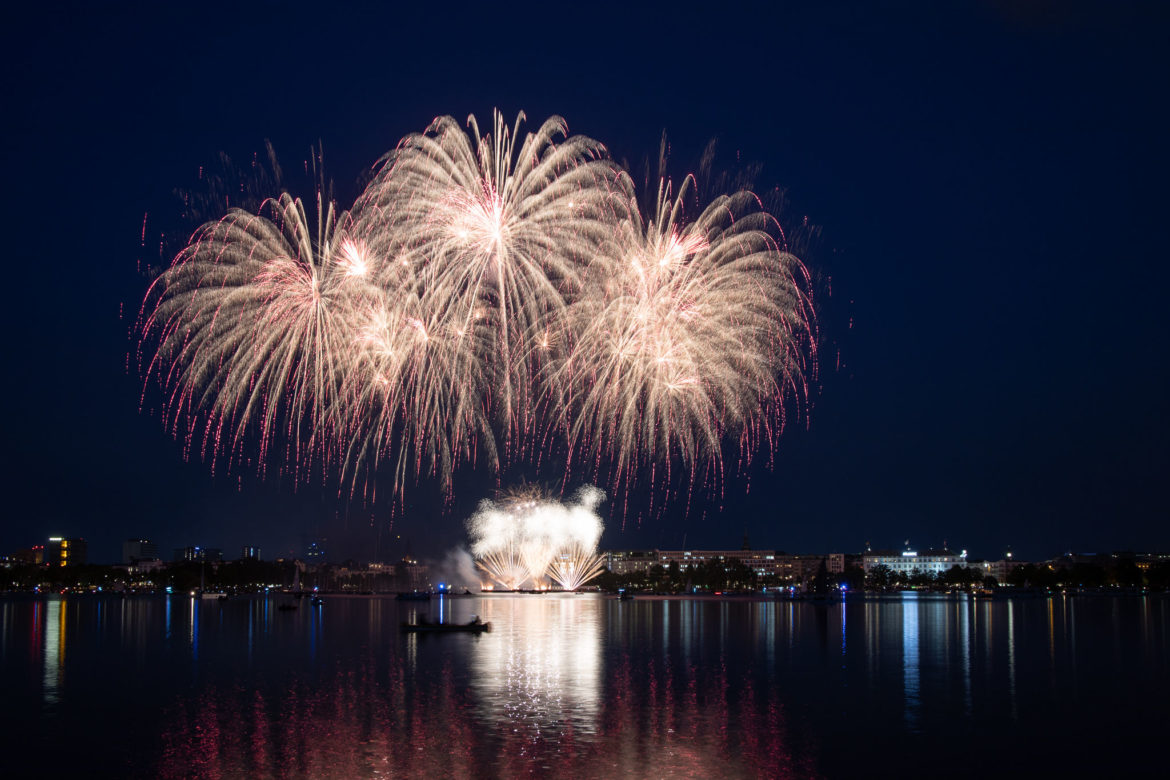 Since 1968, the Japanese community of Hamburg has been thanking the Hanseatic city for its hospitality with the annual cherry blossom festival. Approximately 2000 Japanese currently live in Hamburg, more than 100 companies have settled here in recent decades. Hamburg and Osaka have been twinned for 30 years.

The highlight of the festival year after year is the fireworks, which traditionally take place on the Friday evening of the festival weekend at 22:30 on the Alster Lake. It is organized by the Japanese companies based in Hamburg as a thank you for their hospitality and cooperation and is lit on and above the Alster Lake in the center of the city.

For me this fireworks belongs to Hamburg like my life. I still like to remember the time in the canoe club (in the 80s) when we paddled out to the fireworks with the tenner in the evening. According to regulations with a white bow lamp — at that time of course still operated with a candle!
This year I was actually on land for the first time, after all I wanted to take photos with several seconds of exposure time to capture the fireworks properly. I could not have imagined what was going on there 3 hours before the fireworks.

Many had provided the benches with tables and a complete dinner  — stylishly with wine glasses and porcelain! A party tent was set up at the Fontenay height, with lots of crates of drinks at the edge and live music. The guitar music made the evening something special. Funny was the proximity to the small pier at Fontenay. Again and again rubber dinghies were launched. Some of them with auxiliary paddles, so that they could hardly be moved. But one had a place in the first row!

Then after entertaining hours of waiting the fireworks began and I was not disappointed. 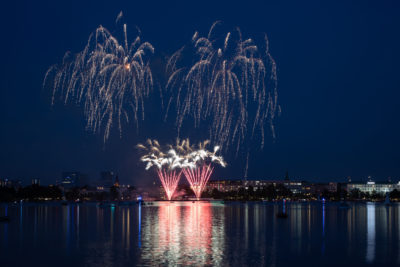 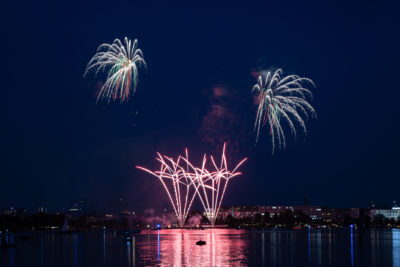 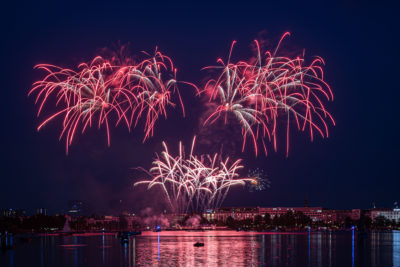 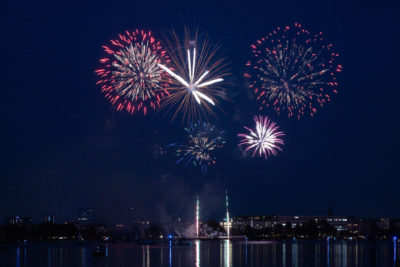 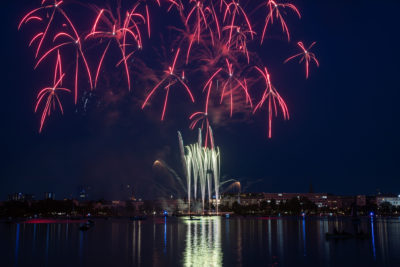 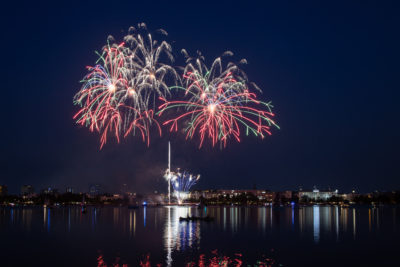 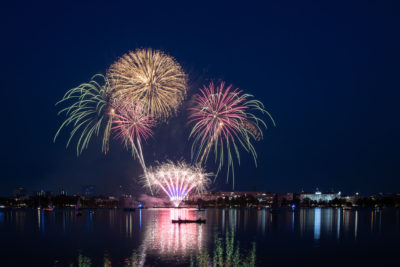 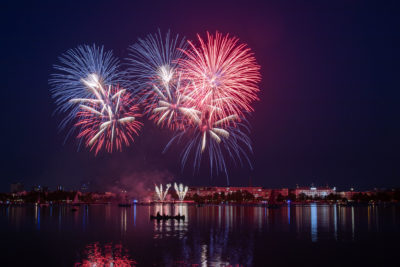 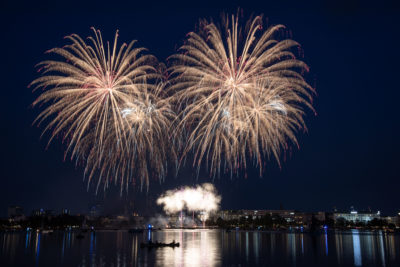