Grasengrund and half moon in Infrared

Homepage / Blog / Infrared / Grasengrund and half moon in Infrared 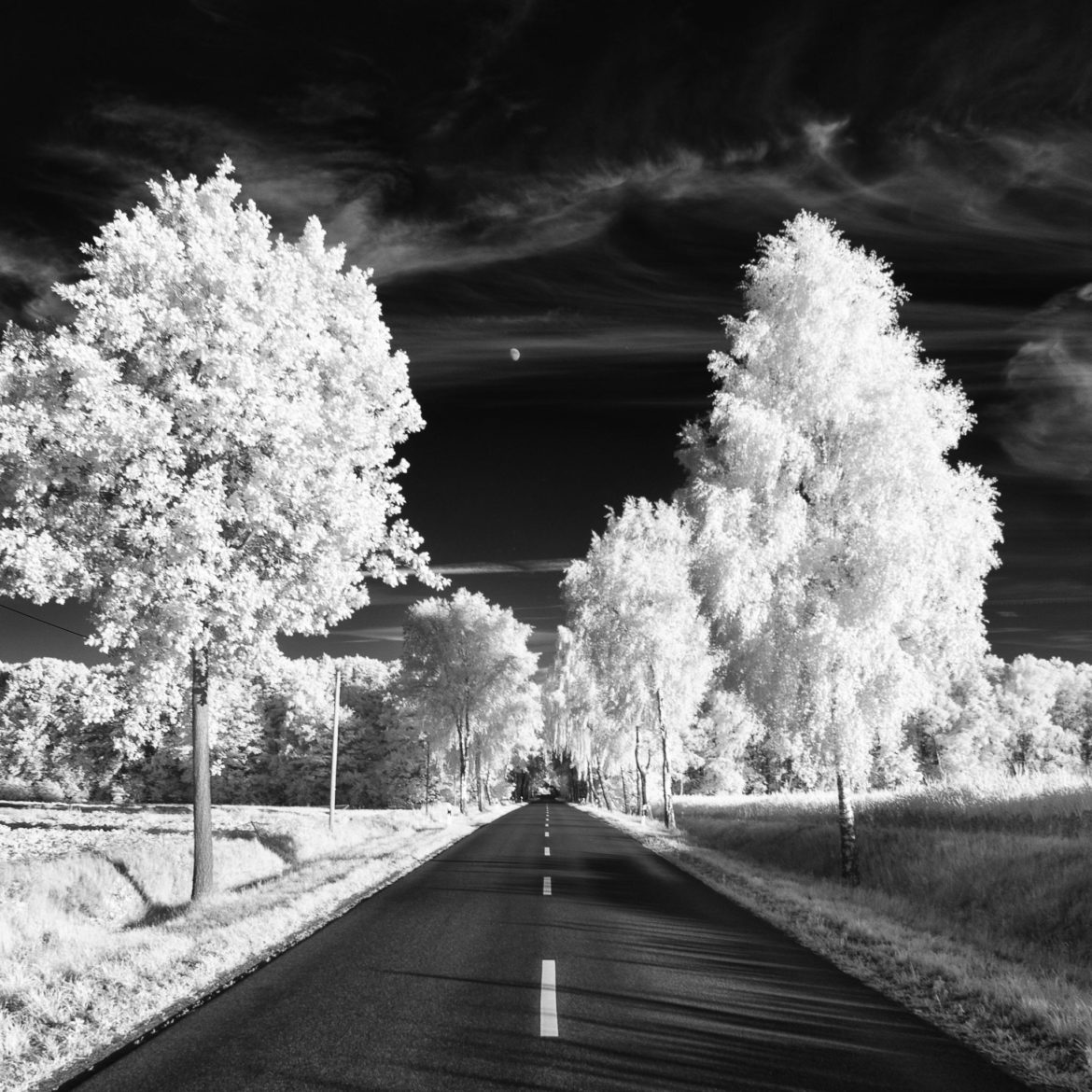 In the summer of 2018 I was frequently commuting between Soltau and Buchholz for 2 months. Due to a construction site closure of the street towards Soltau I had to drive mostly the small road (Grasengrund) between Deimern and the B3 — a road which is long distances laid out as a birch avenue. I had known for a long time what this birch avenue would look like as infrared photography, but there had to be an almost cloudless sky, because otherwise the contrast between the treetops and the black of the sky would not be given.

One Sunday at the end of July I finally had the right weather. Only when I could see the motive on the display of my camera, I discovered the moon, which shone to my luck also still in the middle over the avenue! In addition a few veil clouds, which only made the motive more interesting.