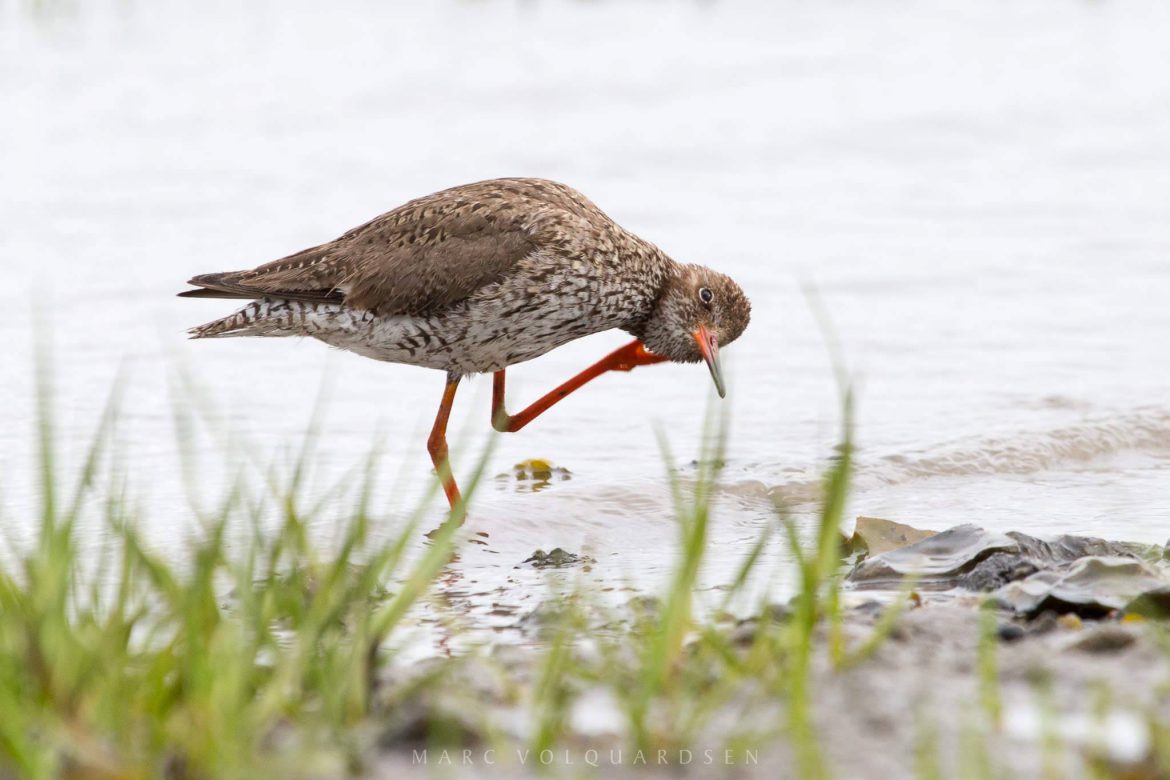 It was my personal highlight of bird photography during the workshop weekend with Martin Stock. We just had a short break at the backside of the Eider Barrage, when we found this pair of Redshanks together with their fledgling searching for feed in the shallow bank of the river Eider. I could get 4–5m to the birds to capture this fantastic series of them.

One of the parents was shouting. Whether it was warning calls or lure calls for the young bird, I don’t know. But at least I managed to capture a picture with the clearly opened beak.

While one of the parents was calling, the other one was looking for feed. With an elegant step to the next feeding place:

Observing the footsteps of the young redshank, I began to form a story in my head. The stalks on the riverbank suddenly appear to be oversized. The view is directed forward, is there perhaps something to feed?
With the next step, the head is set straight again and the view is directed further forward. I love these pictures!

For me, this series of Redshanks was the photo event of the gray day at the Eider Barrage.