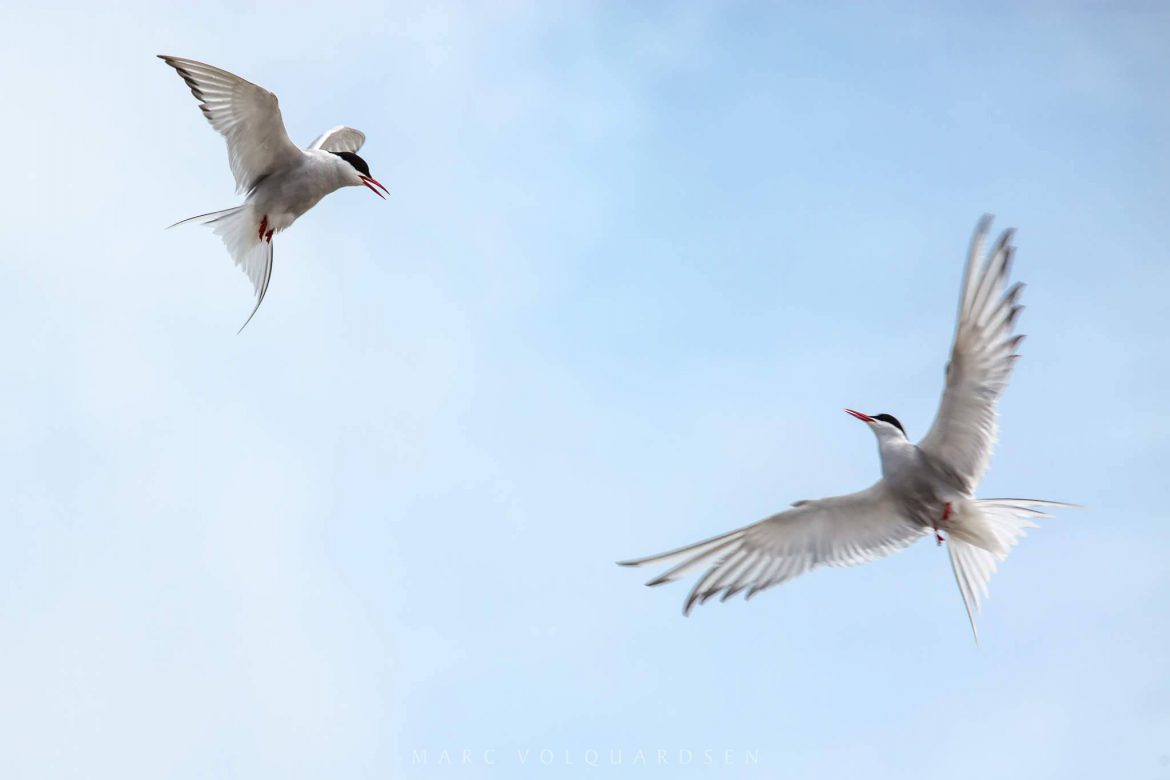 A small colony of arctic terns breed on the Eider Barrage in northern Germany. It’s a great location to take pictures of flying and breeding birds. Time and time again they blow up when they feel disturbed by walkers or other birds. On the picture above you can see how two of the birds attack each other.

But I also have a photograph with a single bird looking down at me in this pose:

From Wikipedia I have this information about the birds:

The Arctic tern is famous for its migration; it flies from its Arctic breeding grounds to the Antarctic and back again each year, the shortest distance between these areas being 19,000 km (12,000 mi). The long journey ensures that this bird sees two summers per year and more daylight than any other creature on the planet. One example of this bird’s remarkable long-distance flying abilities involves an Arctic tern ringed as an unfledged chick on the Farne Islands, Northumberland, UK, in the northern summer of 1982, which reached Melbourne, Australia in October 1982, just three months from fledging — a sea journey of over 22,000 km (14,000 mi)!

From the side view you could see the typical form of its wings and the tail feathers: 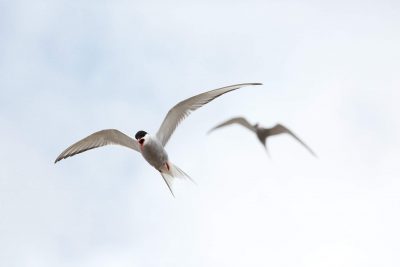 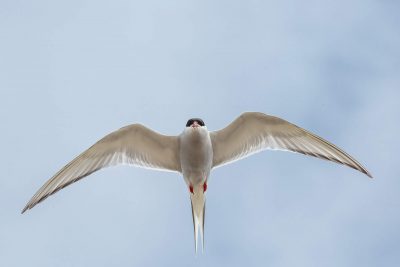 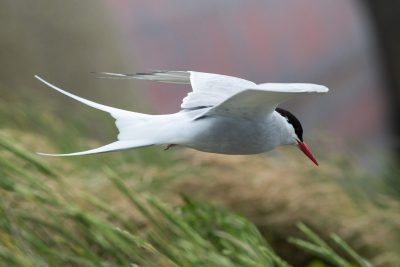