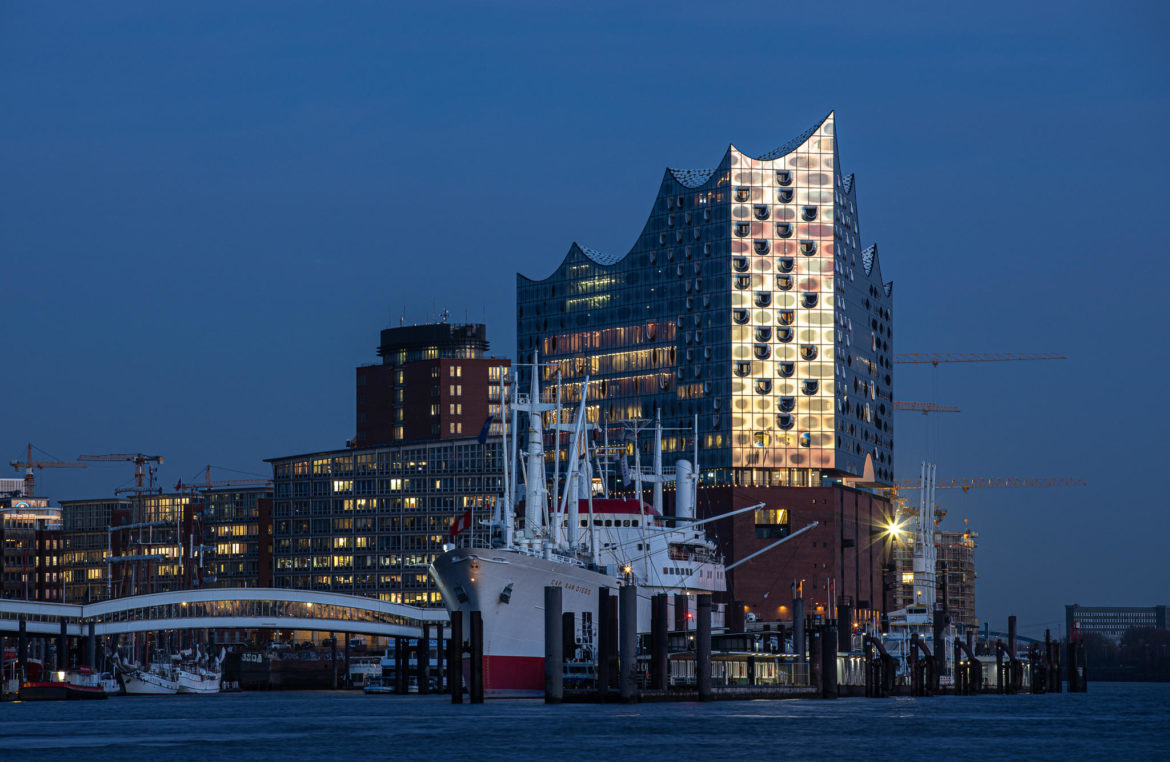 In the southwest the sun had set behind a thin wall of clouds and so the west facade of the Elphi was illuminated. The rest of the facades were already bathed in the blue of the surrounding light mood. Only the Cap San Diego with its red and white hull still stood out a bit.

I achieve a completely different image effect if I crop the image very sharply and thus place the focus on the Cap San Diego, with the glowing west facade of the Elbphilharmonie behind it. I am curious which image you like more:

Perhaps I must once again in such beautiful light to this place and then take my large telephoto lens. The post picture was already taken with 200mm.