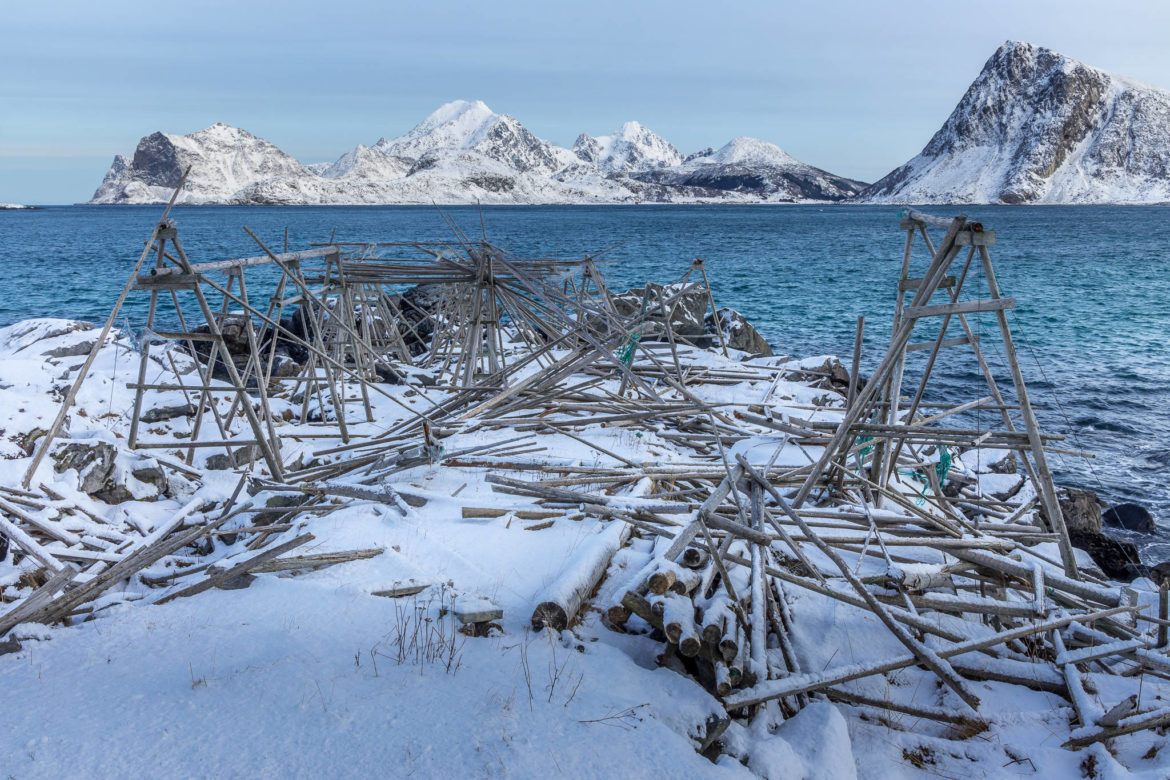 After saying goodbye to the course participants and our two instructors Trym Ivar Bergsmo and Hans Strand, I planned to go further east to the Vestfjord for another two days — the small harbour town Hennigsvær was to be my destination. But I still had a lot of time and only 2 hours drive ahead of me. So I didn’t drive through the Nappstraumen tunnel, but stayed on the west side of the Nappstraumen. The Nappstraumen separates the two Lofoten islands Flakstadøya in the west and Vestvågøy in the east from each other and is a quite wide sea stream, so that a bridge there would have been too long. If you search for this stream on the Internet, you will find that there is an excellent fishing area between the North Sea and the Vestfjord.

Again and again I passed stockfish racks that stood on the fjord shore. But none was covered with stockfish so early in the year — the season was just beginning. A little further north I came to this destroyed rack. Again and again I had seen destroyed racks at the roadside, but never so decoratively with the mountains on the other side of the Nappstraumen.

What attracted me at the same time was the fact that the two standing parts here roughly depicted the mountain peaks in the background.