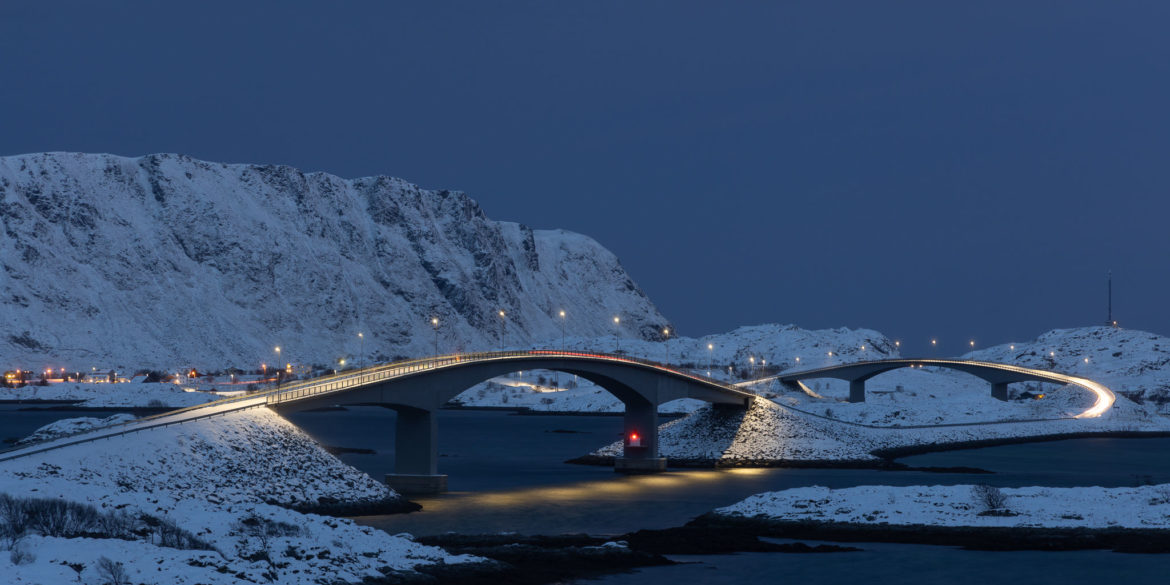 The last day of classes on the Lofoten Islands. We wanted to make an excursion to one of the beaches together, but for once we wanted to leave much later. So I suddenly had 1 hour time before we had breakfast together and remembered the bridges of Fredvang, which were only 10 minutes away by car — and there was still blue hour. Typical for the Lofoten and luckily, this light atmosphere lasts for more than 1 hour in January.

But I had not expected that from the eastern perspective there would be strong down winds from the mountains behind me in the early morning hours. When I had put down my tripod to get the camera out of my backpack, it was blown over immediately. I struggled again and again to get a steady camera for 10 seconds exposure at all! With all my weight I pushed the tripod down, hoping each time not to shake the shot.

In the end I managed to get 2 shots that satisfied me. Luckily there were a few cars on the bridges during this time, so I got exciting light painting into the motive