Getting up is still difficult

Homepage / Blog / Colorful / Getting up is still difficult 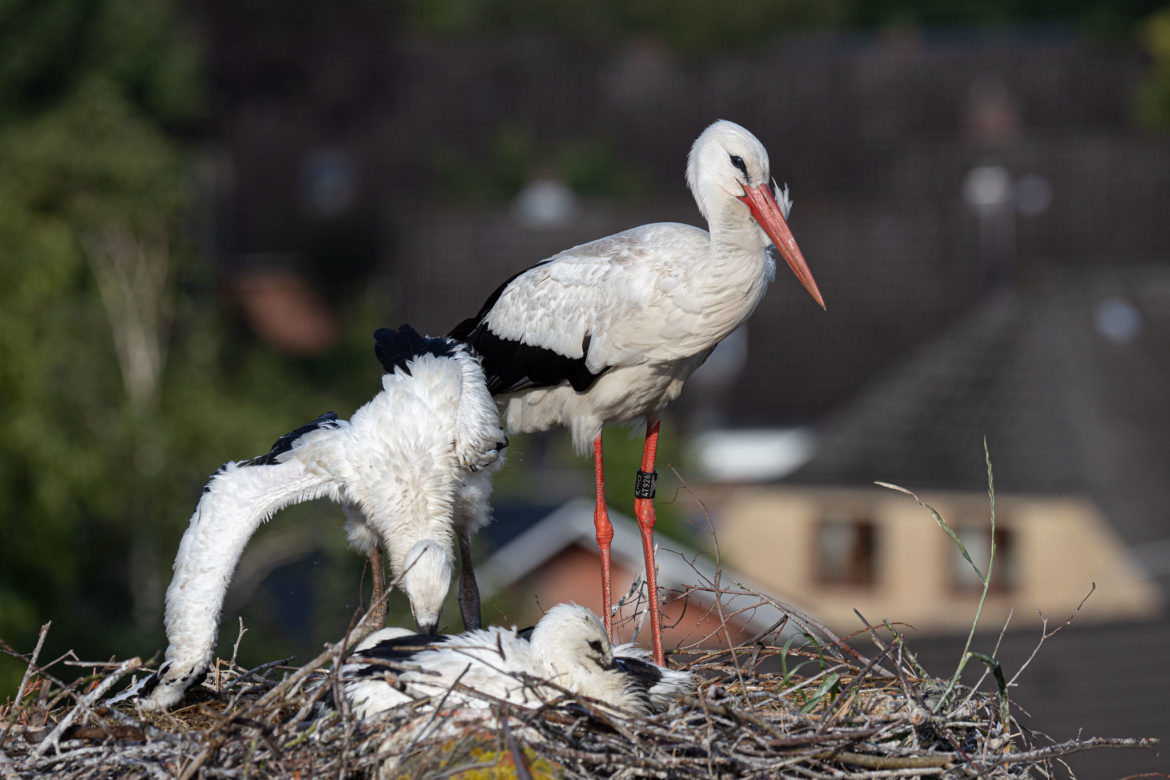 With the strong wind it was no wonder that the stork youngsters still had to support themselves when they got up. But the fact that the beak was used as a support until the end surprised me. He thus one or two wings together with the beak as a support. Meanwhile the father stork is only watching (bored?).

As soon as the stand was secured against the wind, the wing could be raised from the nest floor. Perhaps the wind was also used to push the body further up? Unfortunately the old stork stood so close that the left wing could not be used.
Still the head was pushed over the beak.

Finally followed the free stand — obviously nothing spectacular for the parent stork — I think he turned away slightly bored.

Just a few moments later the young stork was lying in the nest again.