When I grow up, I’m gonna be a rattling stork

Homepage / Blog / Colorful / When I grow up, I’m gonna be a rattling stork 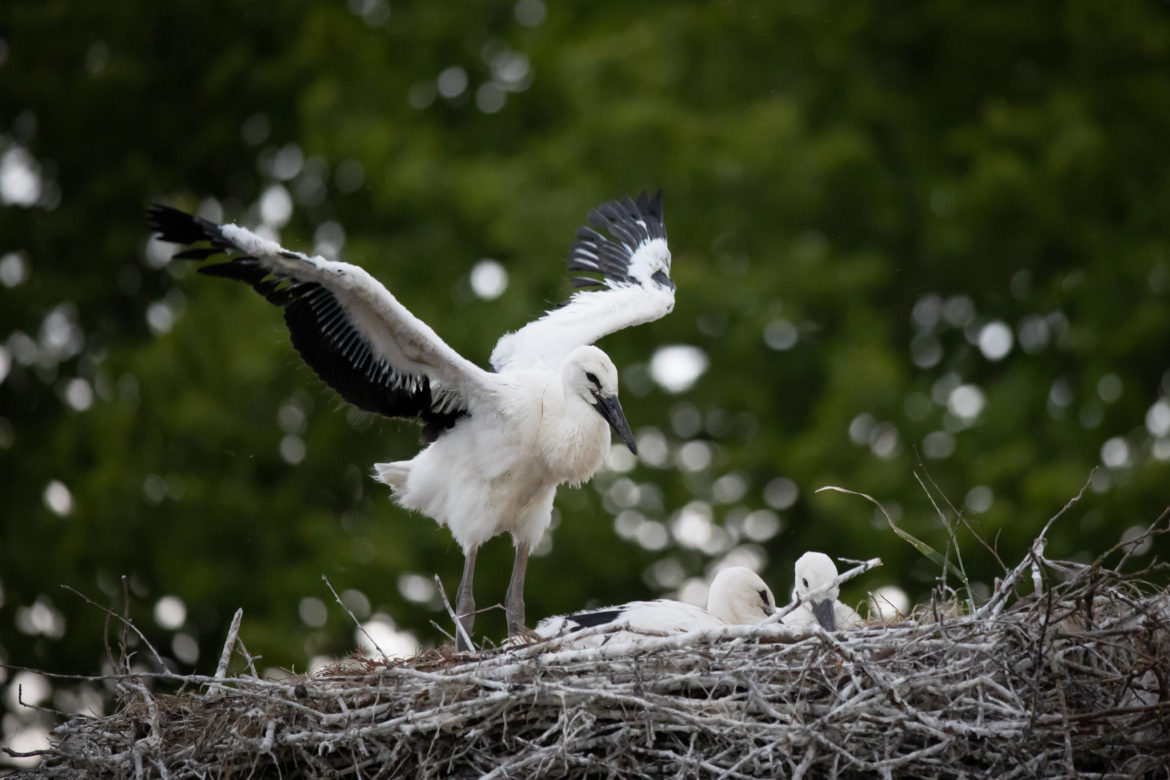 One of the three youngs in the stork’s nest on the church of Schwabstedt. Michal Goltz calls this, his church, the most beautiful church in the world. Under this motto he is running a photo project this year with one picture a day in and around the church of which he is pastor. His pictures can be seen here on the Internet.

During a visit I had the opportunity to climb the bell tower together with him and to sit opposite the stork’s nest through one of the sound hatches. We had to leave the place some minutes before 18:00 o’clock, because only one meter next to us was the bell of the church and our ears would have shattered if we had stayed there. But there was enough to experience.

So it was to be seen every now and then how one of the boys got up to stretch his legs and hold his wings into the wind. But who could have watched young storks rise from the nest when there was a stiff breeze? It’s nice to watch when the legs are stretched up and the body is supported by the wings. To the front the young bird still leans on its beak until everything else is on top, in order to finally straighten up: 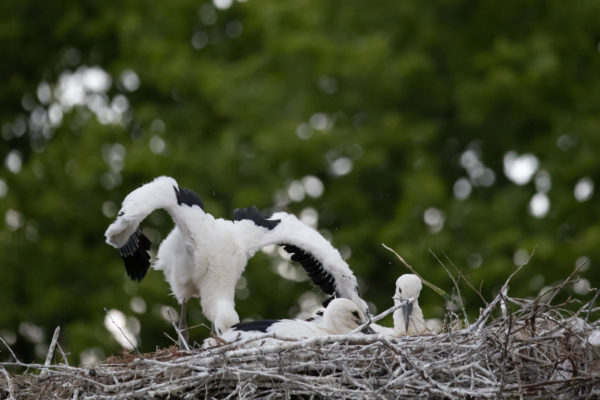 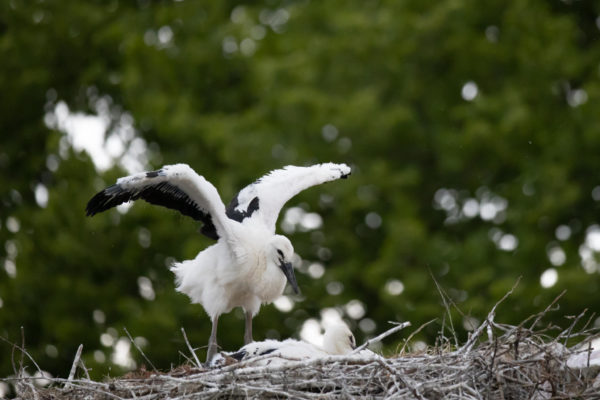