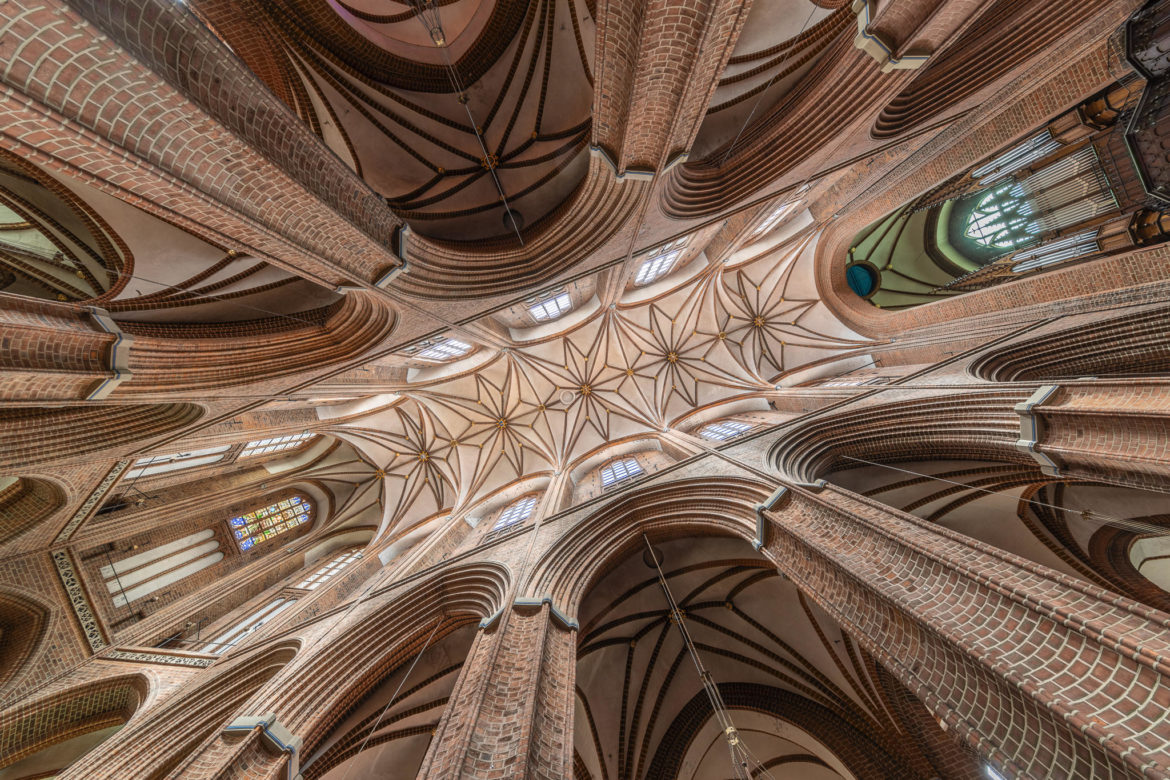 On May 1st I was allowed to take some special pictures of the St. Nicolai Church in Lüneburg. But at the beginning of my discovery tour through the church stood a long desired picture of the star vault in the nave of the old ship’s church in the water district of Lüneburg. When I set up my tripod, it was more a coincidence that I was able to take this dynamic picture of the vault. I had just aligned the camera vertically upwards and placed it under the centre. Still the tripod head was not turned parallel to the walls of the church and thus the exciting diagonal showed up in my viewfinder.

It is impressive to enter this church built of bricks in basilica style. Immediately one notices the high (93,5 feet) but also narrow central nave. With its eight-pointed star vault it should be unique in Northern Germany. To be able to see the details better, I took it again with another lens.

In addition, the side aisles are significantly lower, but also have a light vaulted ceiling. For me as a photographer it’s difficult to put them in the right light, because the ceilings don’t get as much light there…
But you can clearly see on which side I took the pictures. Through the windows on the south side, warmer light came into the church, partly also colored light. 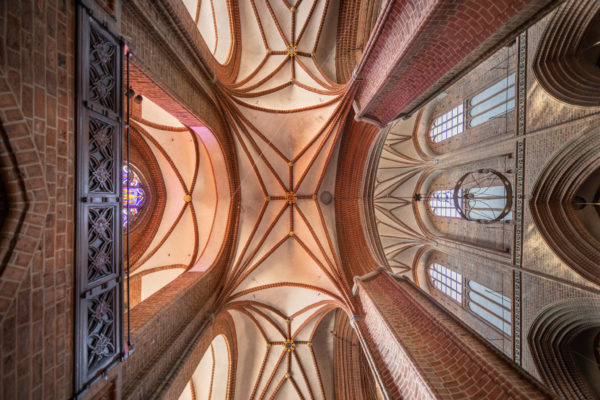 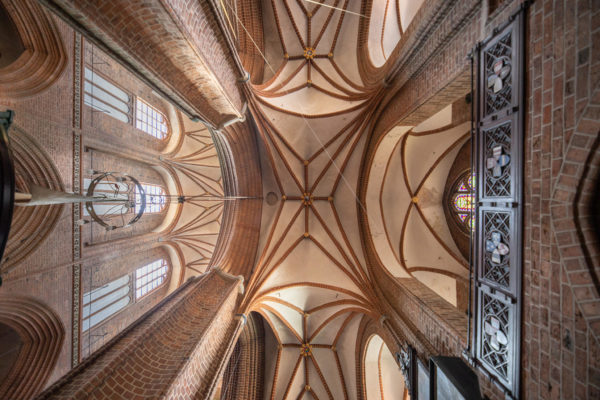 Fortunately for me the organist was just at the organ and so I had a short opportunity to take a photo from the organ gallery into the nave. It wasn’t that easy, because a railing goes up to 67 inch. This photograph shows in a different way the dimensions of the church, with its narrow and at the same time high nave.

In this picture you can see the upper gallery quite well, but it has no public access, because it is without railings and also quite narrow. Today the lamps for the winter illumination of the vault are installed there. To my astonishment, there are also candle holders above the sanctuary, which are lit, for example, for Christmas services. The view from there into the nave was impressive. This reminded me a little of Levada walks on Madeira. But as unfortunately there were still quite a few boxes on the organ gallery, the picture towards the organ is not so nice that I wanted to show it here.

But for me the sight of the roof construction above the side aisles was even more interesting. 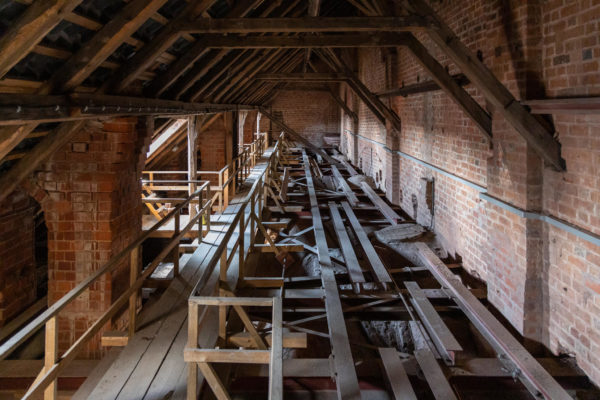 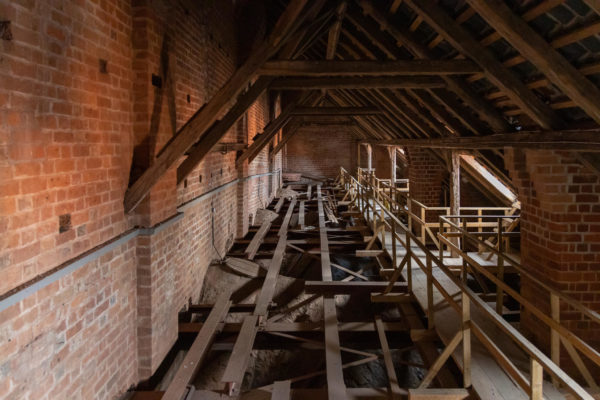 One can clearly see the stabilization of the church, which was realized with strong steel girders. But also the opening for a material elevator in the central vault can be seen here. Some of the wall openings for the scaffolding from the time the church was built can still be seen.

When I arrived back in the sanctuary, the sun shone so beautifully into it. I simply took some impressions from the inside of the church with me. They show so beautifully the simplicity of the St. Nicolai church in their brick architecture. 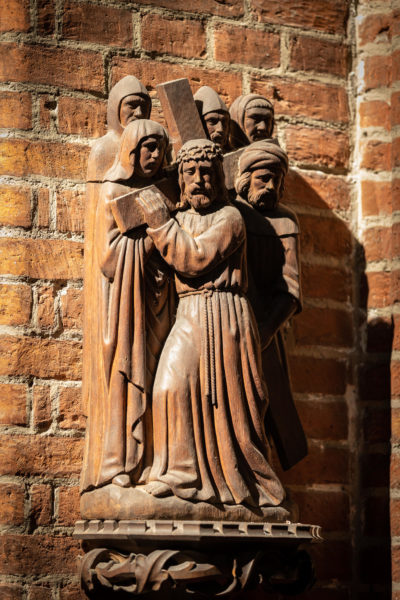 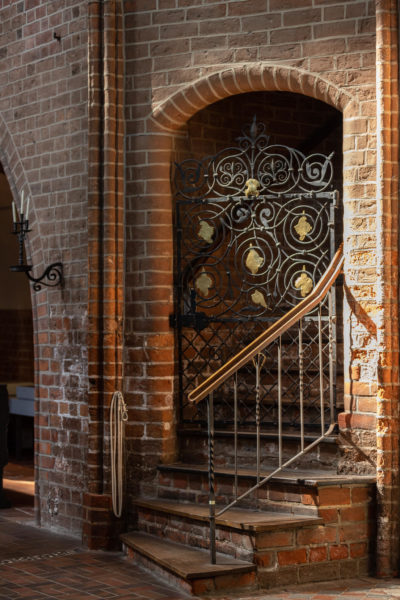