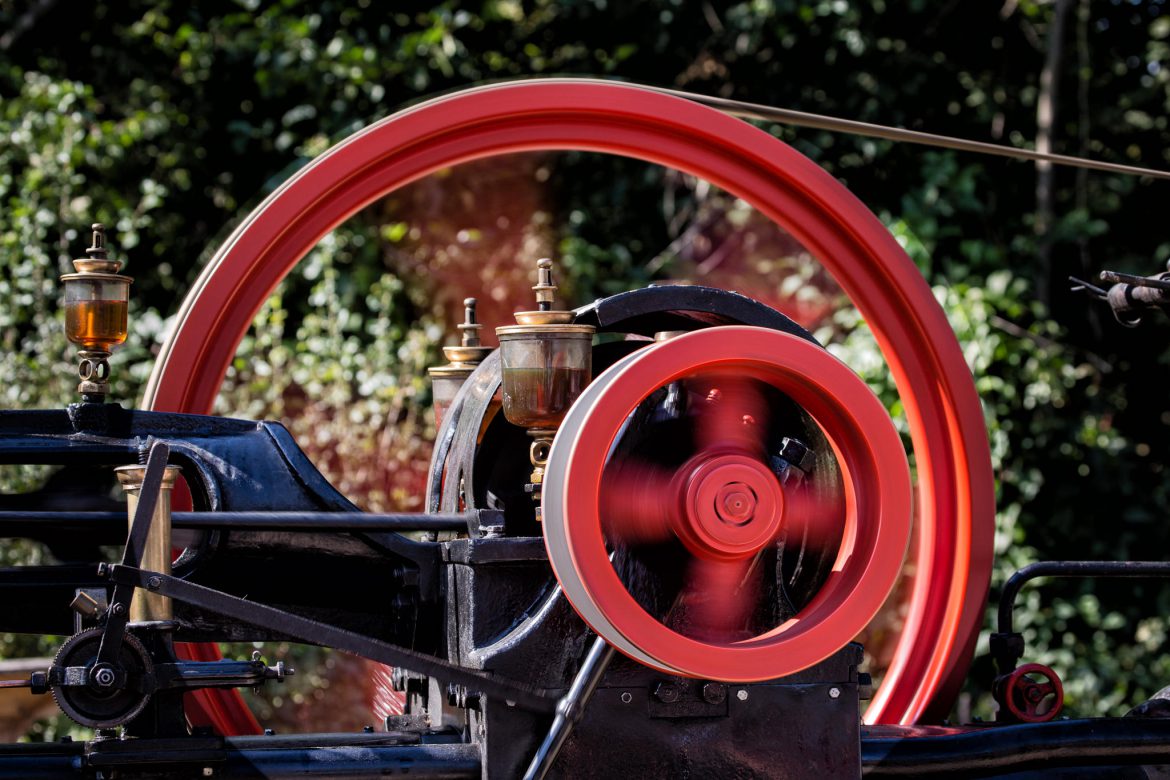 The steam engine is lovingly maintained. The oil level is checked again before starting and refilled if necessary. The machine should be used twice a day and drive the threshing machine. The picture on the right shows a sight glass for the water level between the two machine operators. 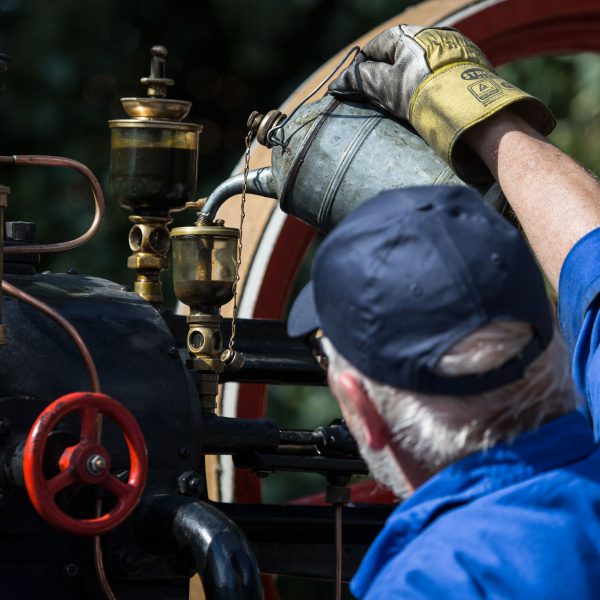 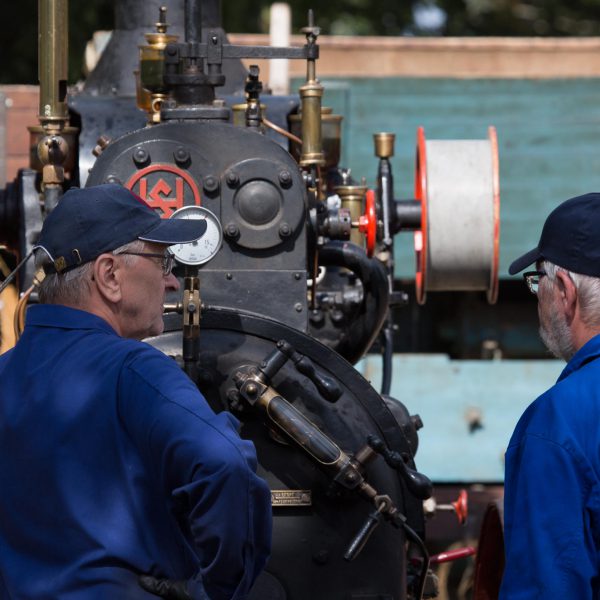 It is extremely important that the water level is always kept at a special level in order to prevent the boiler ceiling from falling dry and thus becoming glow-through. Two taps are installed on the left side of the boiler, which can also be used to check the water level. Should the sight glass ever break, steam must come from the upper of the two taps and from the lower water. The sign between the two taps with the inscription N‑W shows the standard water level.

By the way, the boiler had to be replaced in 1996, because the TÜV had only approved the old boiler of an operating pressure of 3 bar. That would have been enough to drive only the flywheel. For the drive of machines a pressure of up to 10 bar is needed! 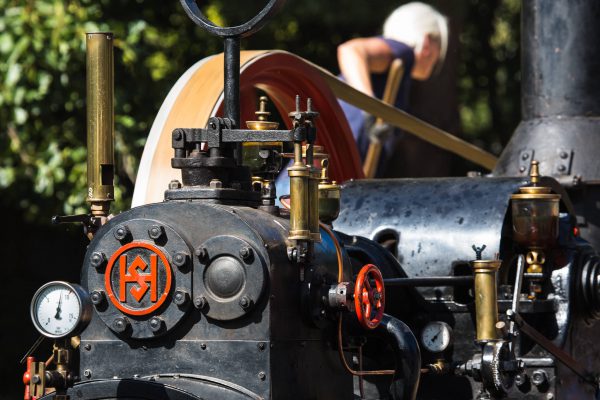 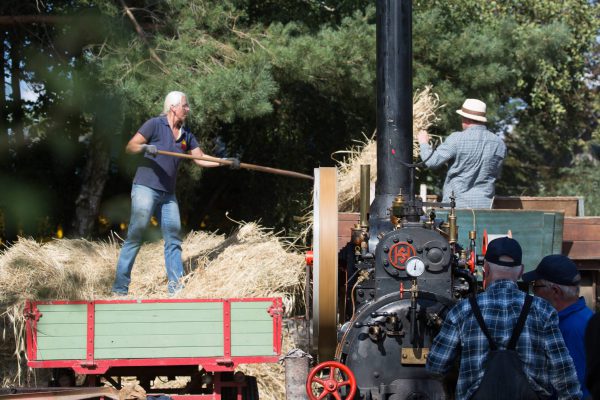 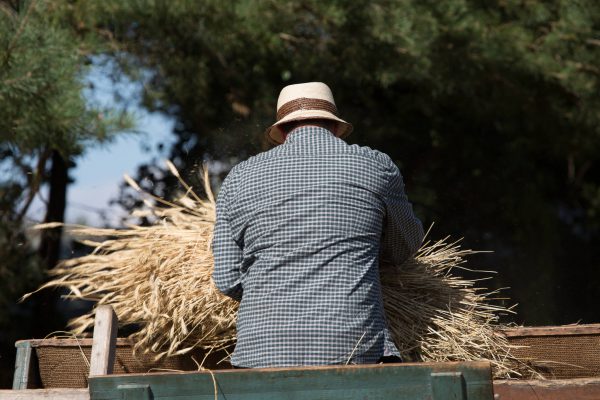 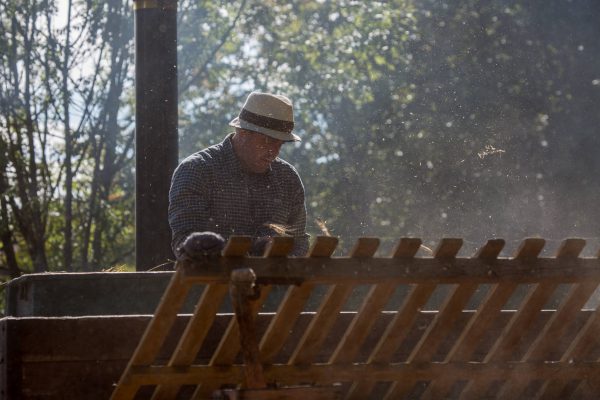 Many thanks to Alfred Scheurer (one of the operators), who explained the machine to me and my son in detail.