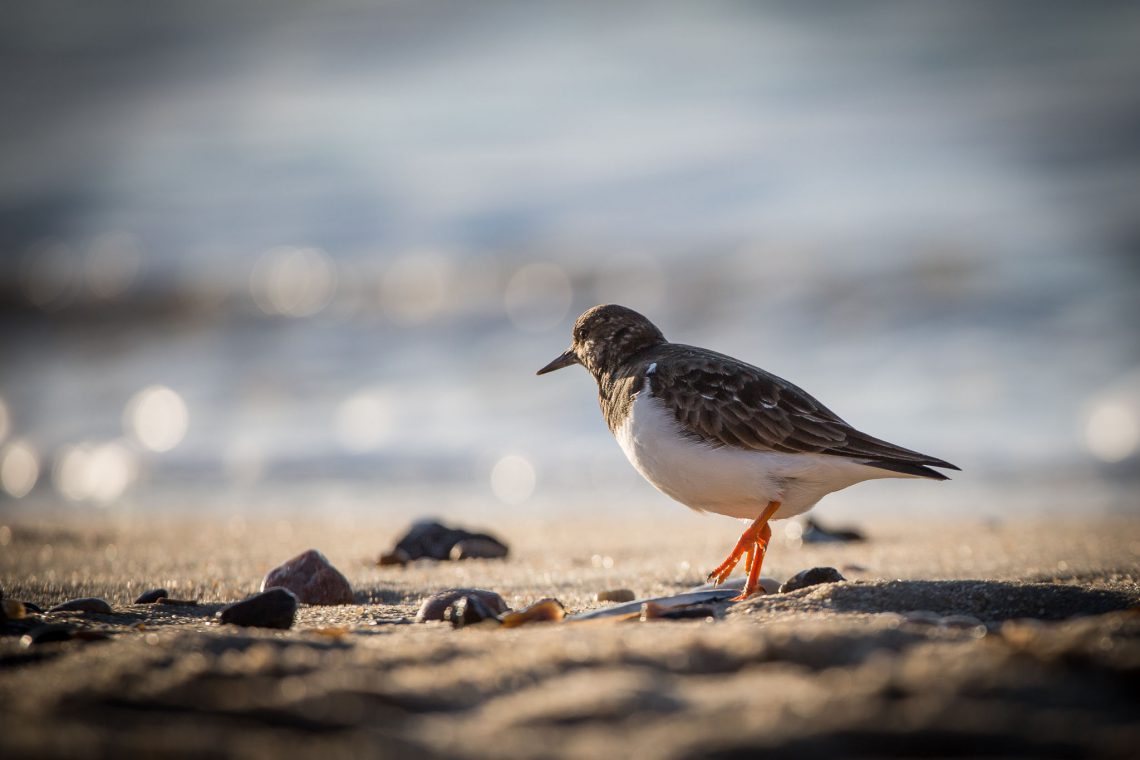 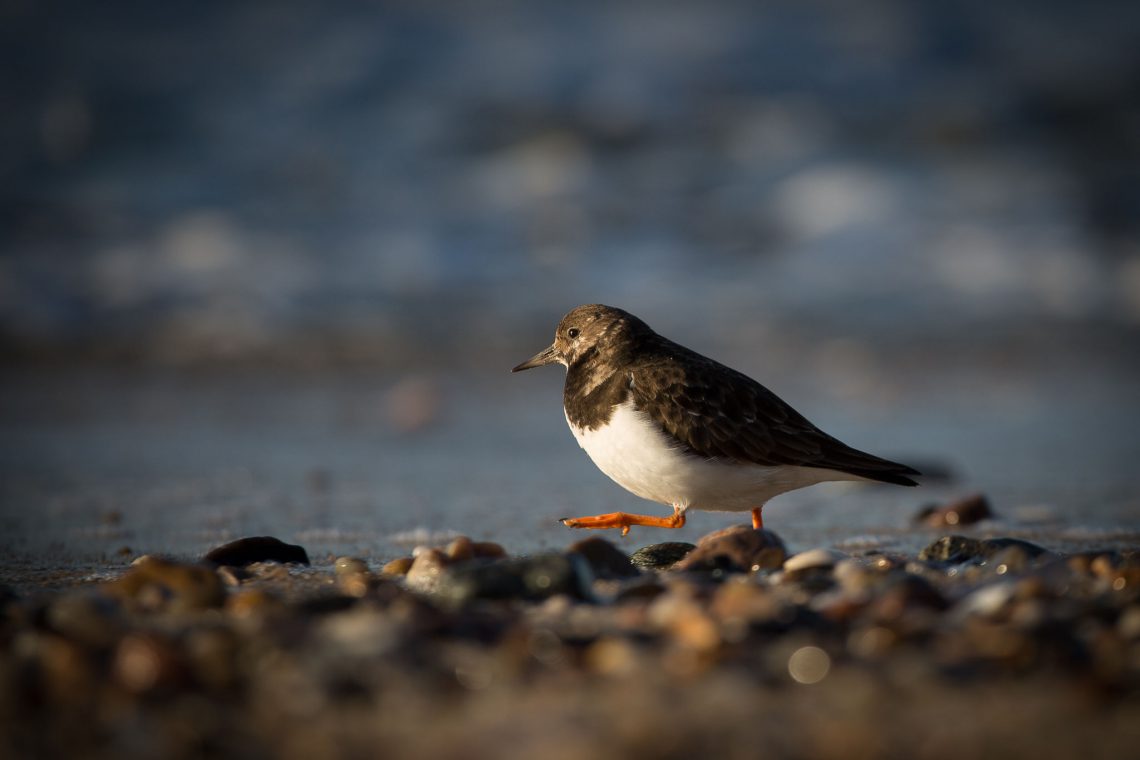 The ruddy turnstone (Arenaria interpres) is a small wading bird, one of two species of turnstone in the genus Arenaria. The scientific name is from Latin. The genus name arenaria derives from arenarius, »inhabiting sand, from arena, »sand«. The specific interpres means »messenger«; when visiting Gotland in 1741, Linnaeus thought that the Swedish word Tolk »interpreter« applied to this species, but in the local dialect the word means »legs« and is used for the redshank.

It is now classified in the sandpiper family Scolopacidae but was formerly sometimes placed in the plover family Charadriidae. It is a highly migratory bird, breeding in northern parts of Eurasia and North America and flying south to winter on coastlines almost worldwide. It is the only species of turnstone in much of its range and is often known simply as turnstone.

On the west beach of Sylt near Kampen. I had so much trouble when the bird passed me in a hurry. But the bird is not as shy as the sandpipers, I could take this picture with 200mm focal length!
But what a good luck to be able to observe this bird in its typical surroundings, a beach with pebbles on the edge of the shore. Also in this wonderful light, when the sun stood flat above the horizon and illuminated the bird so beautifully.