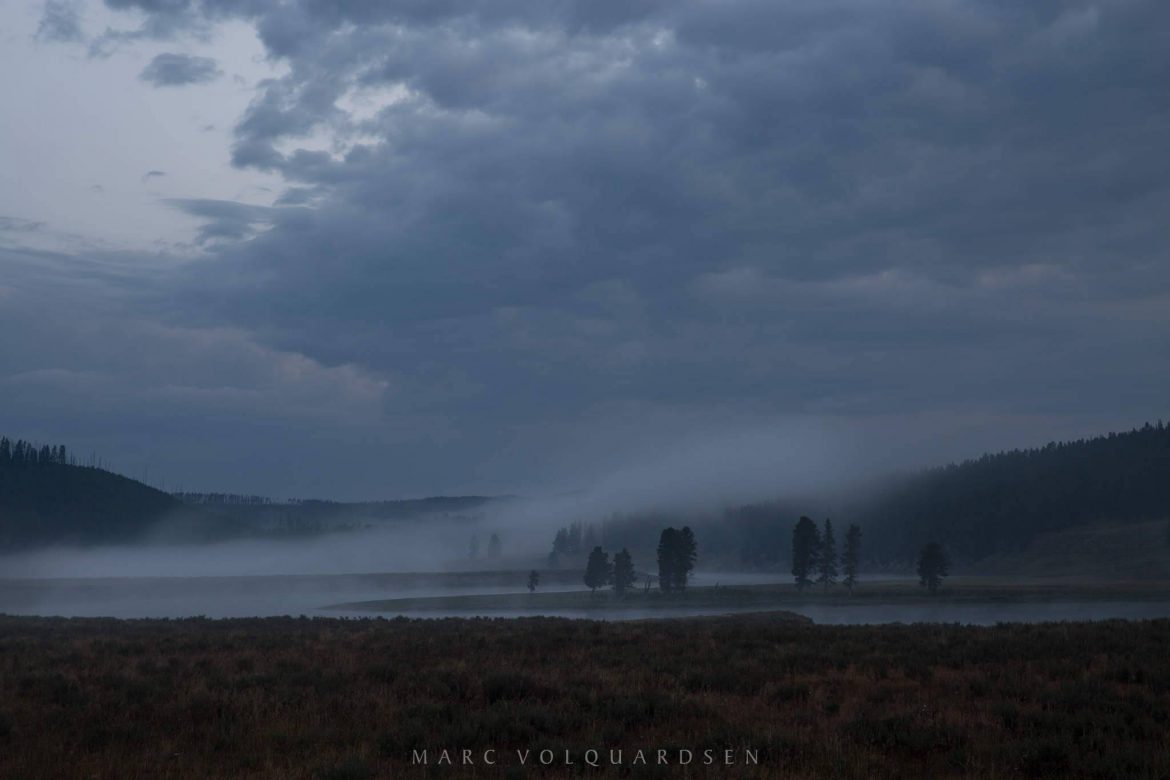 Early in the morning, 6:15am — we drove through the early morning fog from Canyon Village to Hayden Valley to see large herds of bison. But the surprise was big, the first bison cop approached us in the dark from the fog on the street — luckily on the other side of the street. As he emerged from the darkness, he reminded me strongly of a man in a loden coat!

But soon we arrived at the flat sections of the Yellowstone River, which meandered through the Hayden Valley. A few fog swathes hung over the river, before which a few trees emerged. But unfortunately the herds of bison were not to be found here. So we enjoyed the sunrise over the Yellowstone River.

After the sunrise we drove to the Mud-Volcano region, located at the edge of the Hayden Valley. A not so impressive area, because the typical strong colors of the Yellowstone were missing here and a pungent oder of rotten egs, caused by hydrogen sulfide gas. But in the backlight of the flat morning sun, the steam swaths of the area were simply great to photograph.