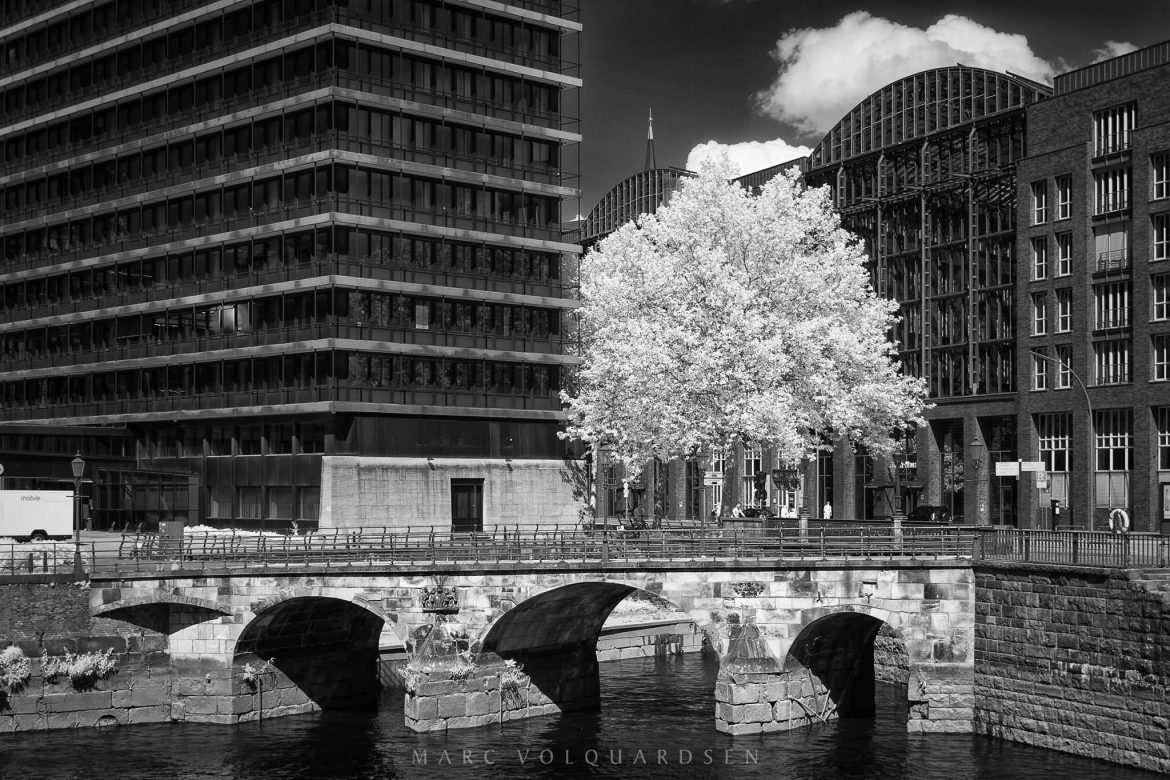 The Zollen-Bridge is one of Hamburgs oldest bridges, first written about in 1355! The bridge you can see today was build in the 17th century, while the balustrade was originally build for another bridge in 1835 and. It was later mounted on this bridge.

Today you hardly take notice of this old bridge, because it stand aside of two big streets, the Domstraße and Willy-Brand-Straße and cannot be used by cars.