Opening of the Elbphilharmony — first part 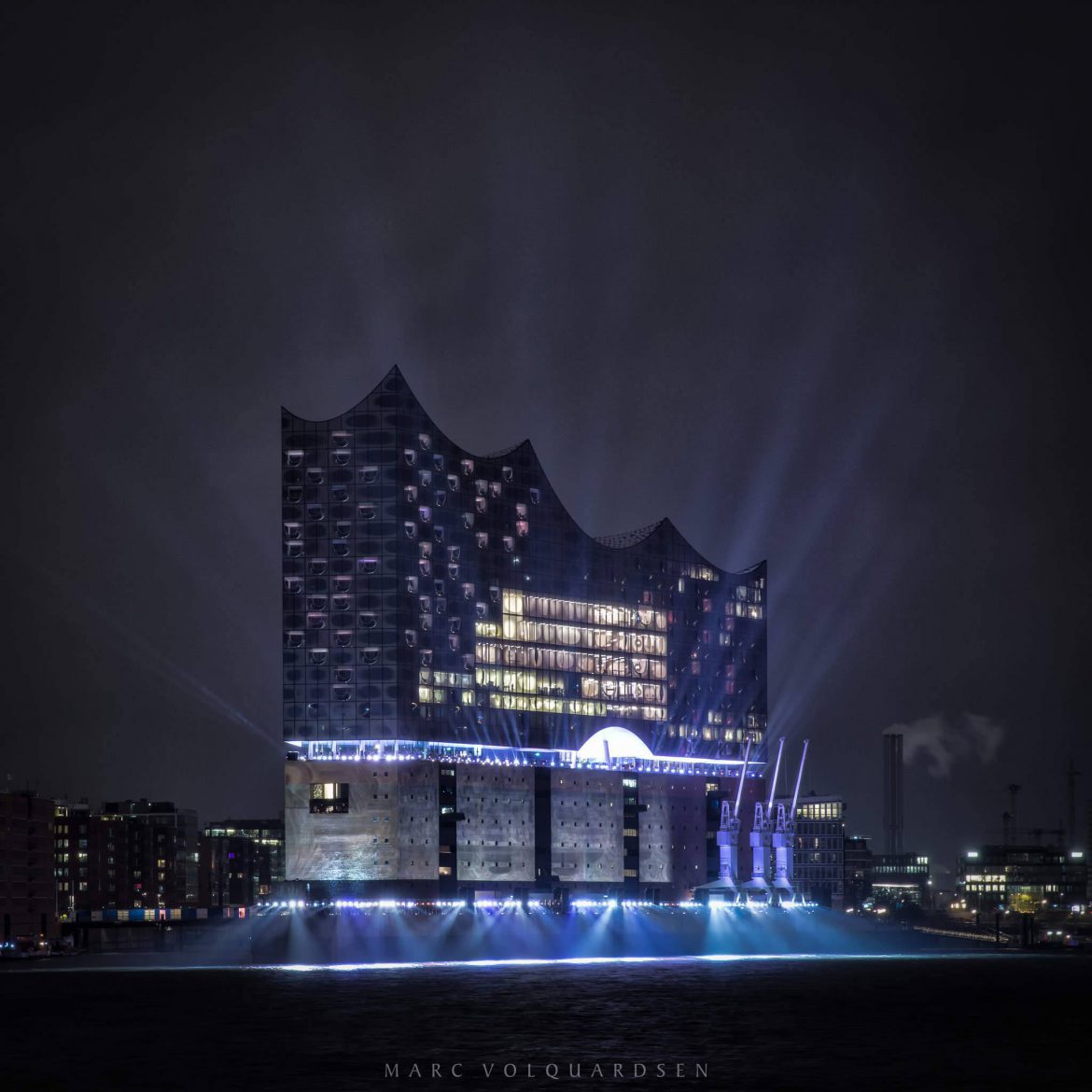 The opening of the Elbphilharmonie on 11th January 2017 was staged with a fantastic lighti and laser show. Matching the music of the opening concert the facade of the former Kaispeicher and the glass construction was illuminated. Again and again laser beams shot into the sky or let the base stand out from the surrounding Elbe.

I was with many hundred other photographers on the southern bank of the Elbe at the Stage Theaters and I enjoyed the fact that the police kept the water surface in the direction of Elbphilharmonie mostly free. Many kept it on site despite the bad weather — we were surprised by strong rain showers several times.

During the first part of the concert much was done with light in the balconies of the apartments in the west and south facade and projections on the former warehouse. Again and again, laser lights were illuminated at the quayside and from the edge of the Elbphilharmonie Plaza. Is not it fascinating in which colors the Elbphilharmonie can shine? 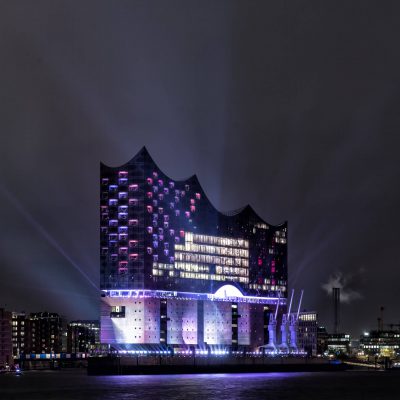 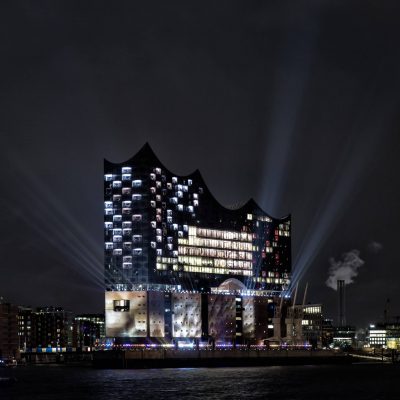 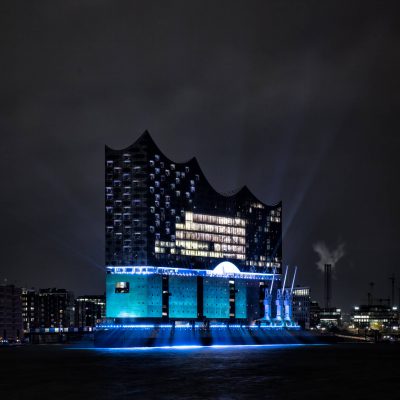 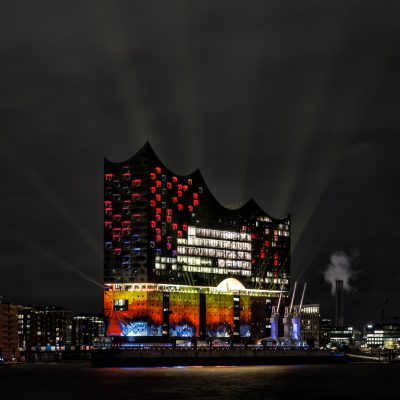 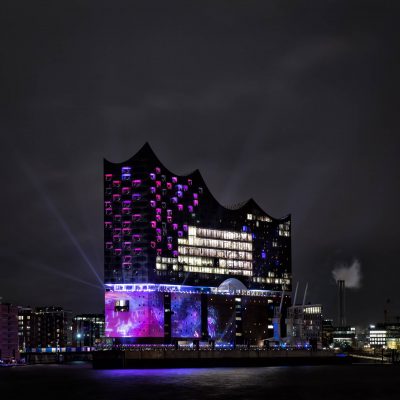 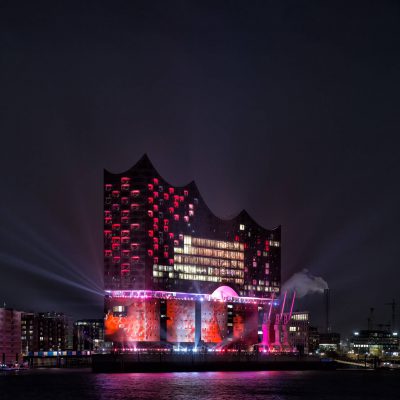