Opening of the Elbphilharmony — second part 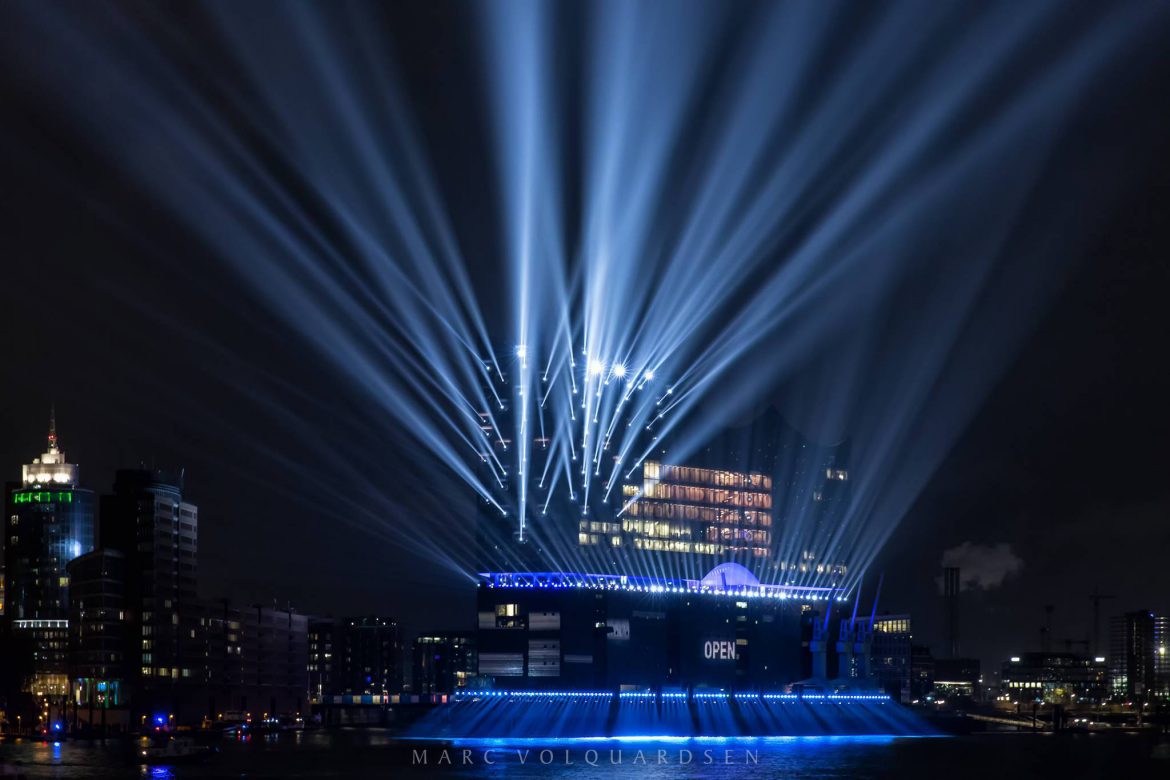 After the break, in which the Elbphilharmonie was illuminated only around the plaza in blue, the program continued with the light incidence. Unfortunately at the time when a violent rainstorm with storms passed over us. The laser beams were only washed out.

Nevertheless, we still waited for the final, because we knew from the insider that the big laser show was to come from the balconies of the west facade.
But at first, the rain created a great impression of the laser beams from the plaza:

And then began the spectacle. To match the dramatic music the laser show became more and more powerful: 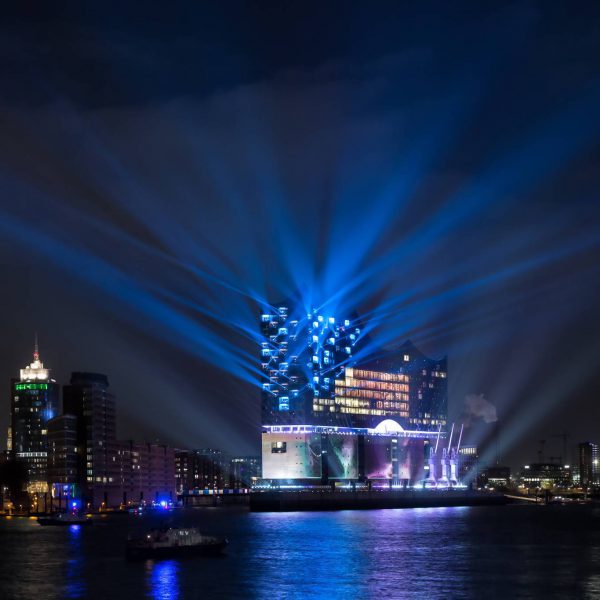 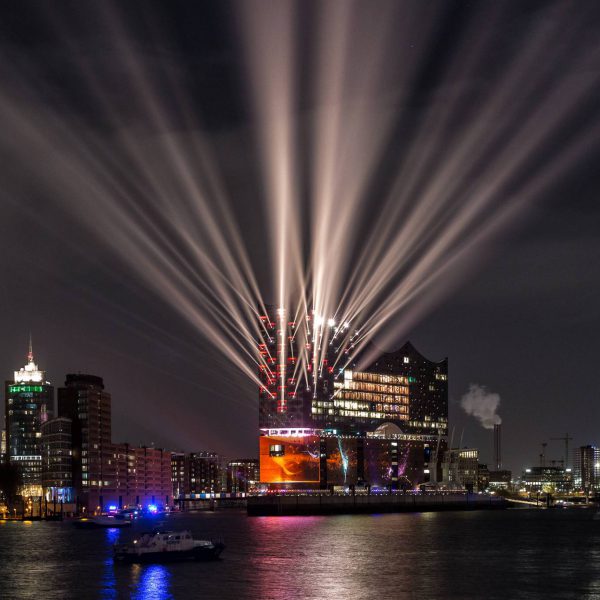 After the rain was finally withdrawn and the sky was clear again, the view of the Elbphilharmonie was again clear: 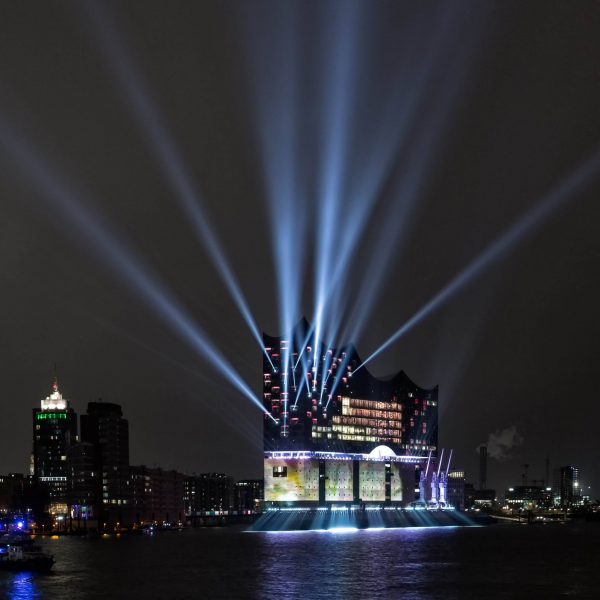 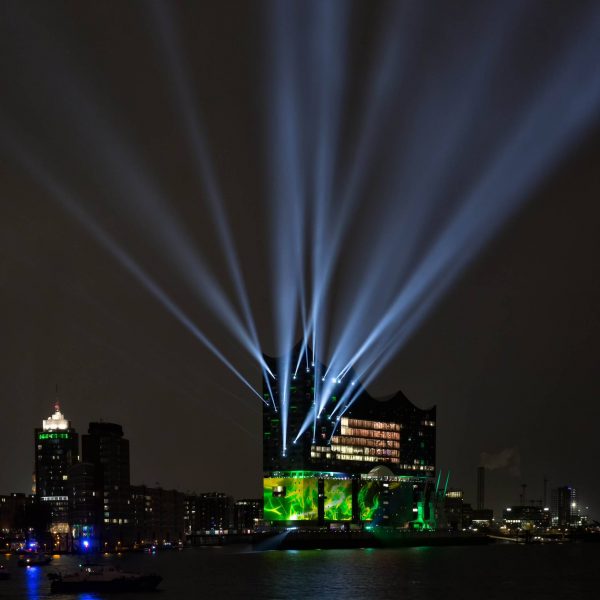 What a final! »Freude, schöner Götterfunken« — with the conclusion from Ludwig van Beethoven’s 9th Symphony ends the furious opening concert for the Elbphilharmonie in Hamburg. A nice report and the film about the end of the concert (also with recordings of the light installation) has the NDR online. If you want to see our long time on the banks of the river Elbe, you can watch the long film for almost two hours, which shows the Elbphilharmonie from the outside with the synchronised music.

And the last incidence of light remained for a long time, only the words on the south facade changed, until only OPEN stood there: