In the bell tower of St. Nicolai

Homepage / Blog / Colorful / In the bell tower of St. Nicolai 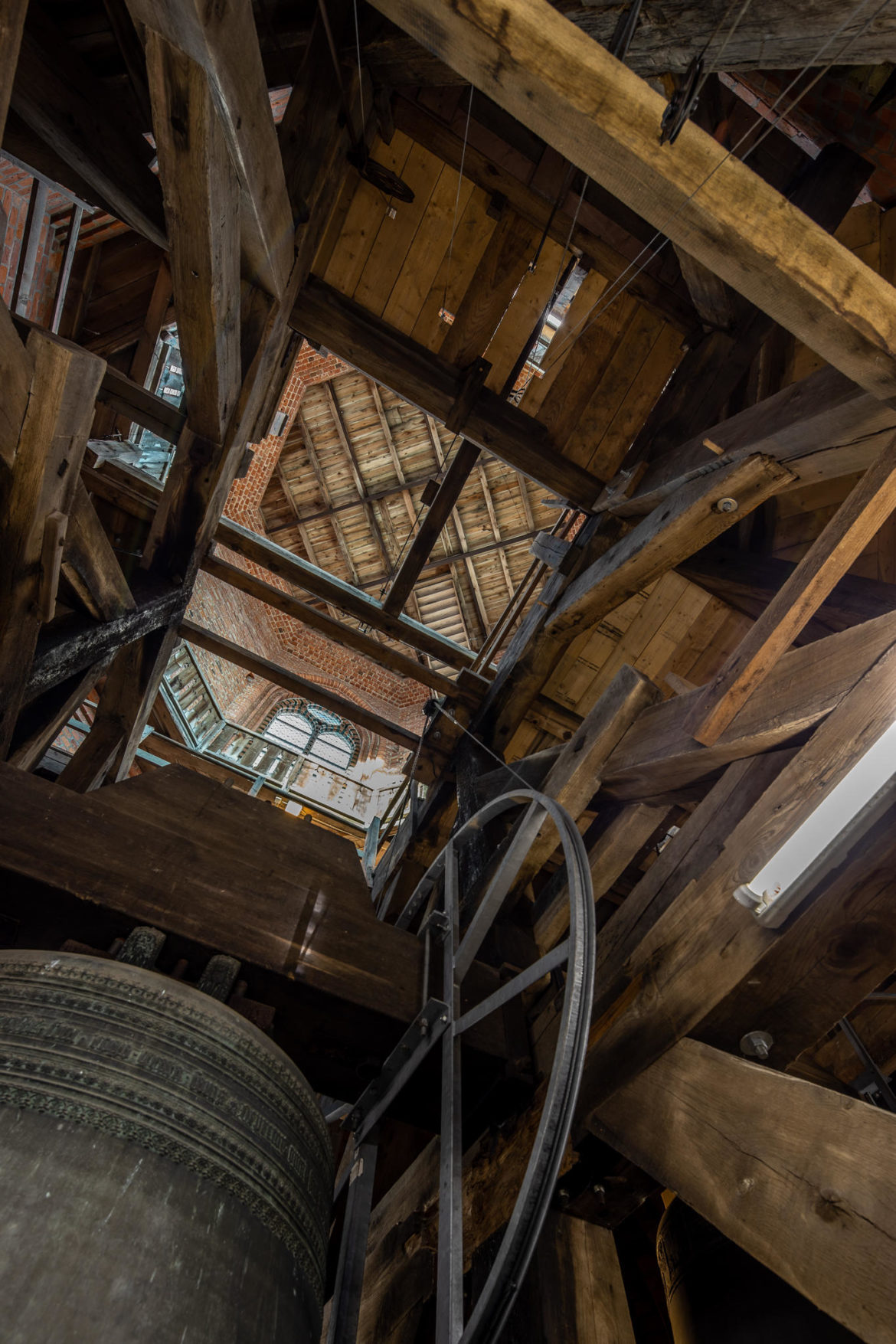 What an impression! The Marien bell of St. Nicolai in Lüneburg. From the year 1491.

The special thing about my visit to the tower of the St. Nicolai church in Lüneburg was the exclusive guided tour by Uwe Asmussen, who was chairman of the bell committee for the procurement of the Sailors bell in 2009. At the top of the tower he told how the 2640 kg bell got into the tower. Since the direct way from below was blocked by the organ, the bell had to be brought into the bell cage through a side opening. Uwe Asmussen told how he was on site with a carpenter for planning purposes. The carpenter — one head taller and at least twice as wide as Uwe Asmussen or me — climbed through the chairs like a cat and came back some time later with the words: »I know how we do it«.
Since then I only have head cinema — how it might have looked like!

After all, many beams of the bell chair had to be removed in order to bring the ship’s bell past the big Marien bell!

Today the Sailors bell hangs as the third bell in the stalls of the St. Nicolai church and completes its bell triad. It has two decorations, the one that distinguishes it as a boatman’s bell: »St. Nicolai zu Lüneburg — Schifferglocke — Anno 2009«. On the back it says: »Friede verkünde ihr Geläut« so it is also rung as a peace bell of St. Nicolai. 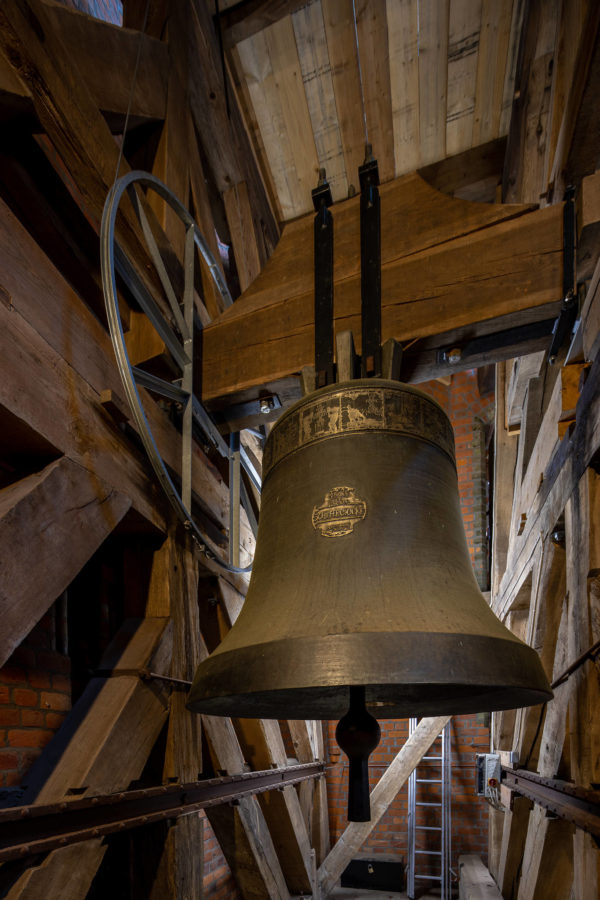 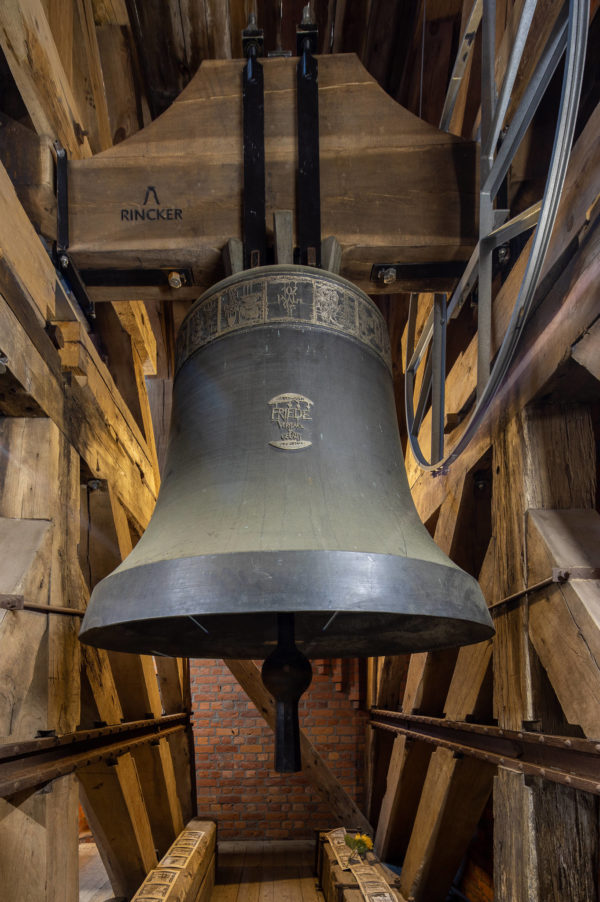 The Marien Bell belongs to the treasures of the Lüneburg church bells. It was cast in 1491 by the famous Flemish master Gerhard van Wou, who also produced the Gloriosa in Erfurt Cathedral. Two reliefs of the Virgin Mary, also known from the Gloriosa, adorn her coat. Unfortunately, since the bell was turned by 90°, they are not immediately recognizable and cannot be photographed for me either, because the stool is too close to the bell. But they had an impression of the Marian relief made and had it attached to the foot of the bell chair today. 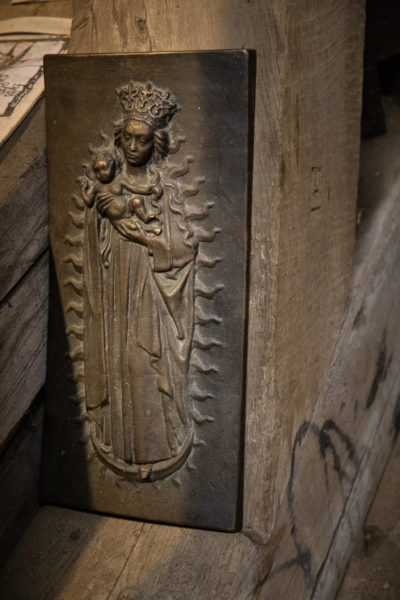 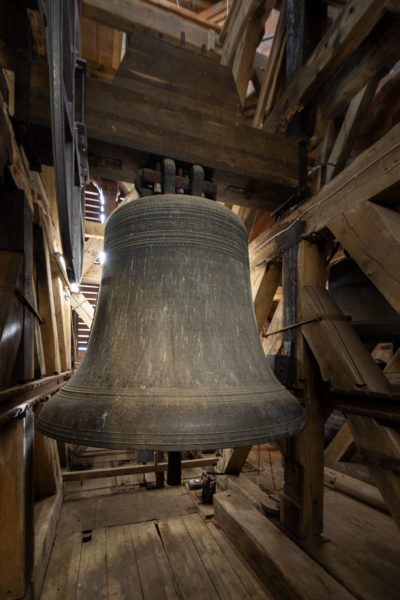 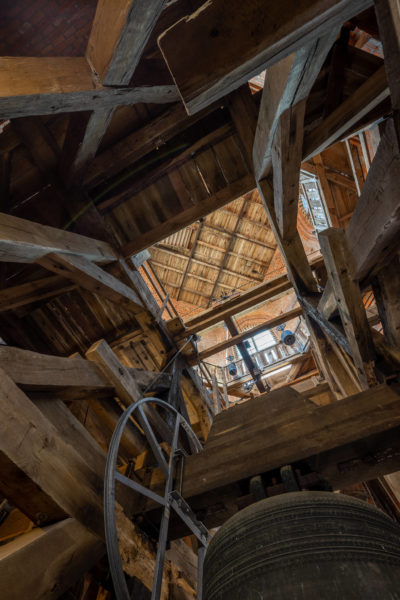 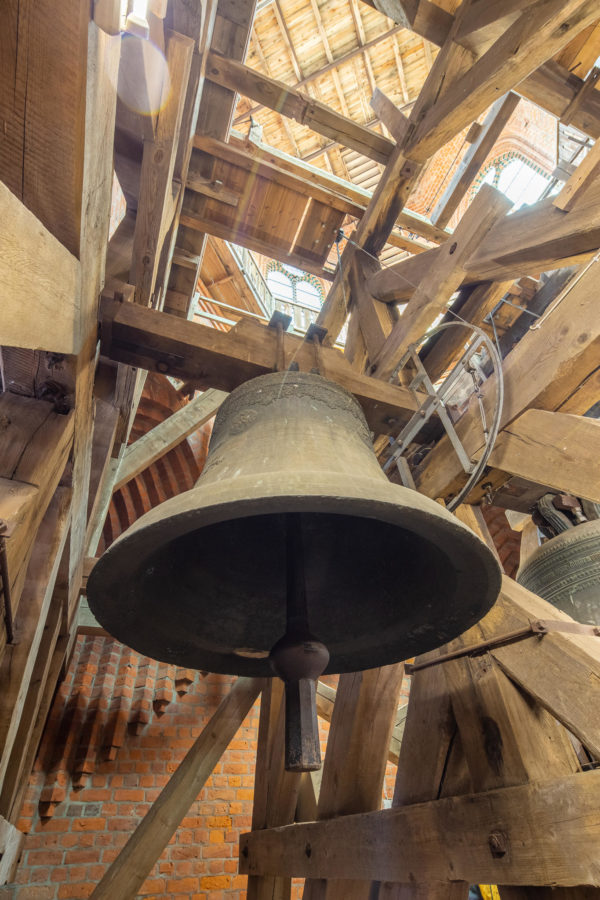 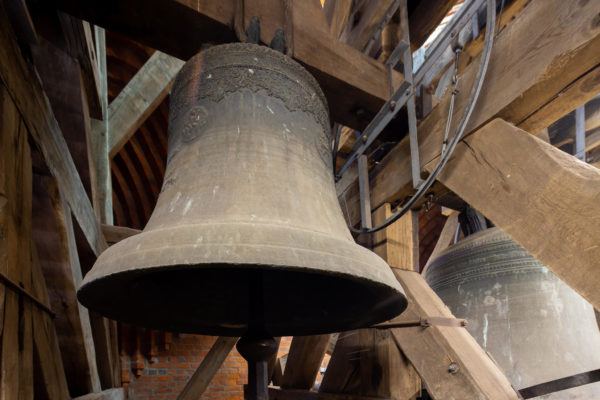