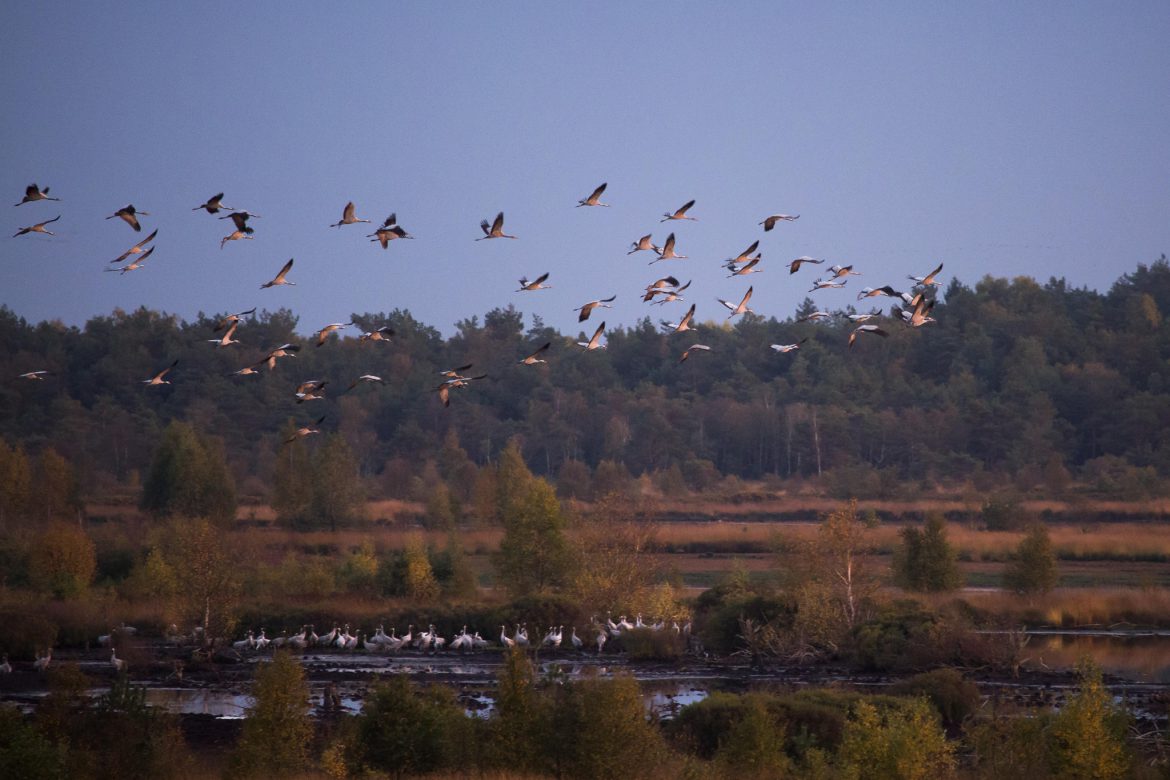 After the sun had set over the moor landscape, the calls of the cranes became slowly audible. First individual small groups, then ever larger swarms of cranes flew from all directions towards the moor.

After the first cranes had landed already in 200–300 m distance and the sun was still reflected by the clouds standing in the west, I had the luck with 400mm focal length to catch this scene. A small swarm of cranes put on to the landing with the other cranes and were illuminated by the sunlight.

Again and again one could observe the growing group of cranes on the moor soil. The warm light on the bog plants came from the great sunset in the west.

Then again large swarms of cranes moved across the area. Later the whole sky was full of cranes!

It had only become so dark in the meantime that I could no longer capture it photographically. But when I was alone, I could hear the screams of the cranes for a long time and I don’t want to keep that from anyone. Therefore here is a 1‑minute sound recording from the Tister Moor!