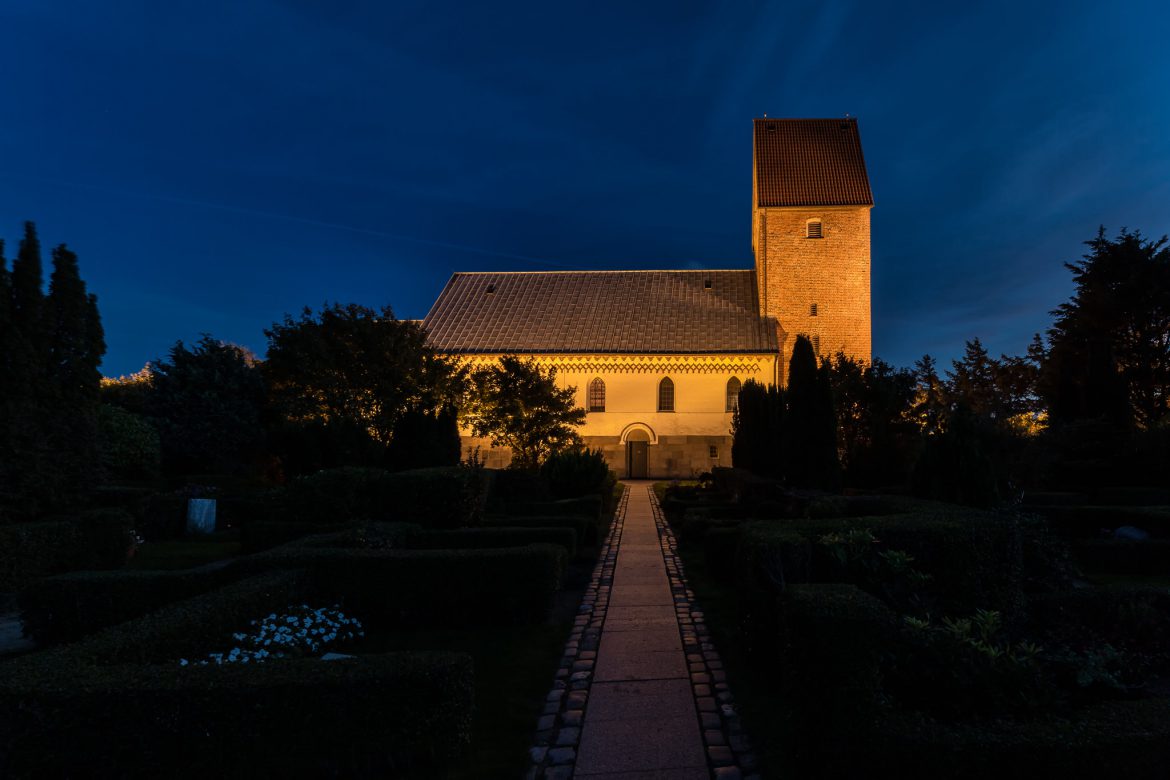 When I came back with my son from an evening excursion to the west coast and I saw the church beautifully illuminated outside the village, it was clear to me that I wanted to go there again.
On the last evening before our departure from the island of Sylt, I had set off for the evening hour there. I had some time to explore the surroundings before the church lighting was switched on and a little later also the blue hour began. It was great to see that the middle way out to the cemetery got enough light to cut the darkness in the foreground and direct the view to the church.

Before returning to the car, I walked a little along the road towards Keitum. From there I had seen the church so beautifully illuminated a few evenings before.

I had a great contrast with the white streetlights, which still illuminated the green strip around the church and the orange illumination of the church. In addition, the sky was even brighter towards the northwest, giving the picture an additional kick.