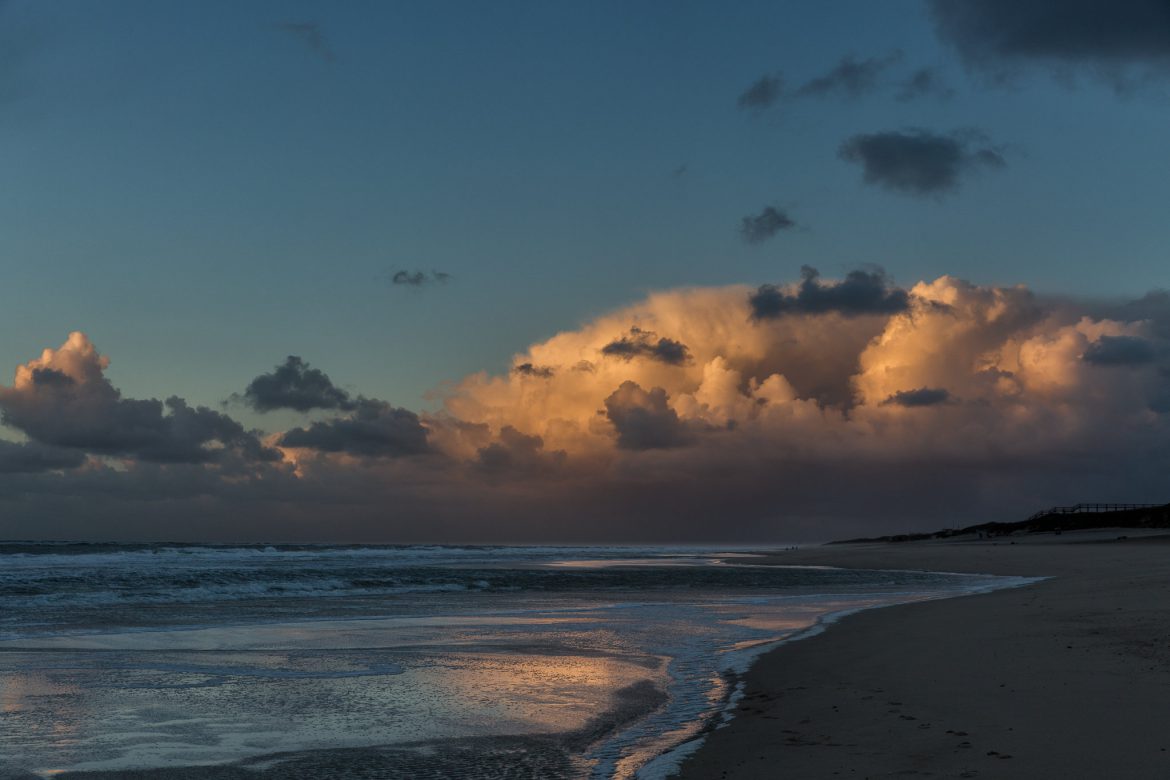 It couldn’t have been any different, but during a stay of several days on Sylt the time of the sunset on the west coast is also part of it. Moreover, with mixed clouds over the day promised to become an interesting play of colours. Again and again there were rain showers over the island and so we left for Rantum at sunset. We should be rewarded again, even if there were almost too many clouds in the west to see the suns setting. But at the Golden Hour we just had a fantastic rain cloud in the north of us.

To the southwest there was a contrast program that could hardly be surpassed. Only in pastel colours there was a rain shower over the North Sea, which was reflected so beautifully in the shallow water area at the old stack. Both pictures were taken only one minute apart, even if you can hardly believe it!