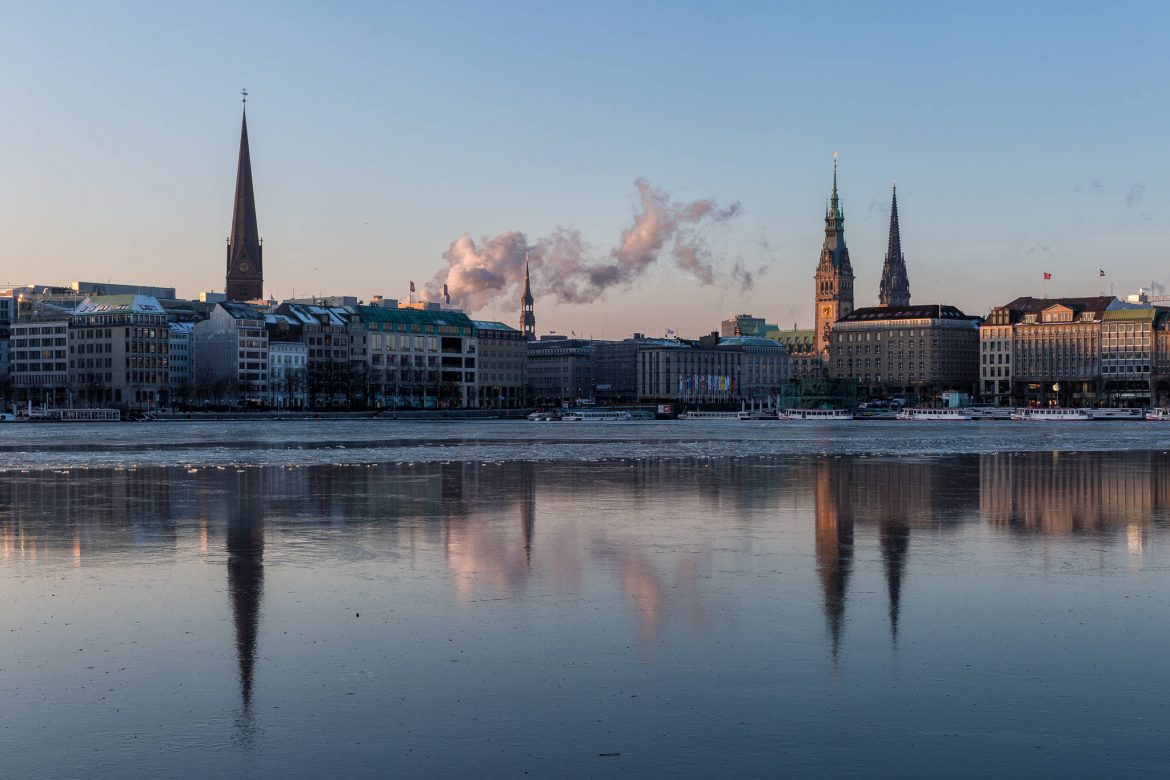 It was a morning at the beginning of March, weeks with icy temperatures lay behind Hamburg and again and again a wonderfully clear sky over the city. Over the weeks the Binnenalster continued to freeze over, even if at some point a boat had broken its way through the ice. But that was exactly what was so beautiful this morning — the very low sun, shining in gold, illuminated all the ice chunks that lay on the smooth ice layer. Behind it shone the town hall and the tower of the St. Nikolai Memorial as well as the plume of smoke from Hafencity power station. An insanely calm atmosphere.

I went a little further in the direction of the Lombards Bridge. I enjoyed the view of the town hall close to the bridge. Here the St. Nikolai Memorial is hidden behind the Town Hall Tower and so only the Town Hall Tower rises so beautifully into the blue sky, illuminated by the morning sun!