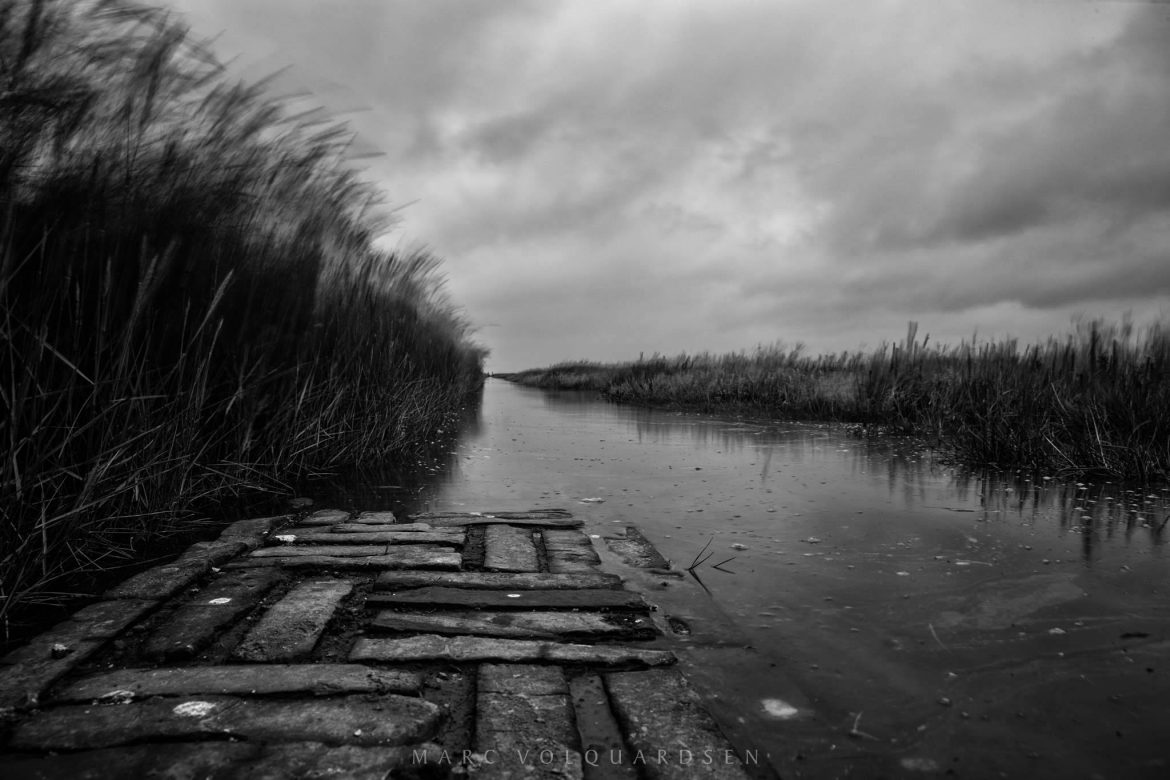 During the summer floods at June 26th at the lighthouse Westerhever Sand we had a lot of rain. It was exciting to experience the flooding of the salt meadows around the lighthouse, but a drama for the birds because many of the them were still breeding in the salt meadows. I had taken all the images in black and white images to capture the dramatic atmosphere of the situation.

Here, where I could still be almost dry at the time of capturing the image, it was 30 minutes later almost 40 cm under water. How beautiful the structure of the bricks of the way is visible and how the storm is captured with the moving grass!
My view goes back over the bridge to the lighthouse. The rain clouds are moving along and the water continues to flow continuously into the salt marshes. Further down the path was already under water.

Even the bridge, which I had just crossed with a dry foot, now was under water. You can see how the water with its small foam crowns floods the salt meadows.

This was already an experience, that I returned to the lighthouse in almost knee-deep water. But also an exciting sight to see the lighthouse with its reflection.

Shortly after I got back to the lighthouse, a staff-member of the national park came up with the sign to block the way during the flooding. In my photo you can still see the water pulling towards the lighthouse.

Some time later, at the highest water level, the meadow in front of the lighthouse was completely flooded. The view back still shows the large rain front.