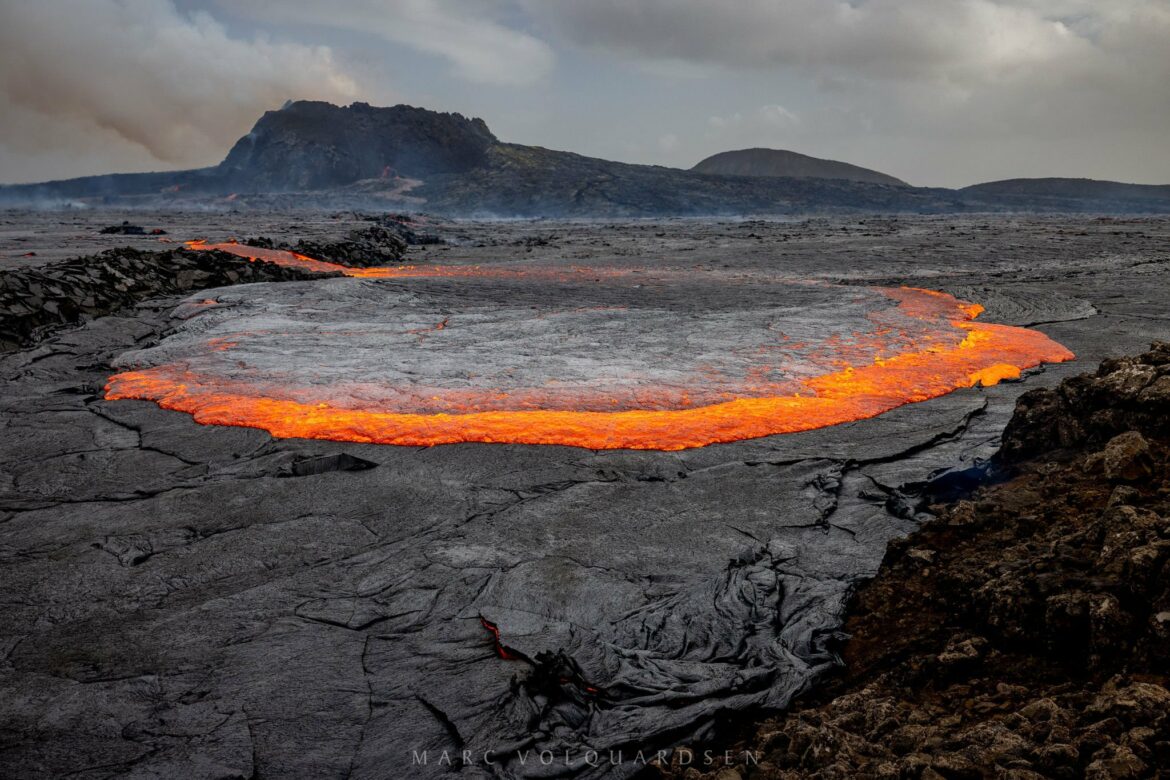 The last hours at the volcano and at the same time the last hours on Iceland — the next morning the flight back to Hamburg should take off. For a long time we had watched with many other onlookers and volcano lovers the lava flow running across in front of us. Again and again we expected that it would be dammed up a little bit and then erupt to the side. After two hours of waiting and countless observations of lava details it happened, lava erupted from the lava flow on a broad front towards us. Quickly a semicircle was formed, to the center of which the lava cooled and quickly turned black. For a short time the flow came to a standstill and then the lava in front of the front sagged a bit and from gullies that opened the next arc of red-hot lava poured out. Within a few minutes, the 150 to 200 meters to the hillside we were standing on was filled with fresh lava.

I was dressed in a dew jacket and lined pants and fortunately had gloves on. The right half of my face was hidden behind the camera and in front of the left half I held my left hand. Otherwise I would not have been able to withstand the heat emanating from the lava surface in front of me. After the flow reached the slope, I had to step back many meters to let my face and body cool down again.

Some time later, lava erupted from the lava lake through the dam ahead. Quickly, a small tongue of lava was formed, which again extended to the mountainside and, after cooling, created exciting patterns on the surface.

After 4 hours on the edge of the lava we made our way back overjoyed. Shortly the cloud cover opened and offered us once again a great overview of the west side of the main crater. In the left center of the picture you can still see one of the old craters, which had been extinct for some time.