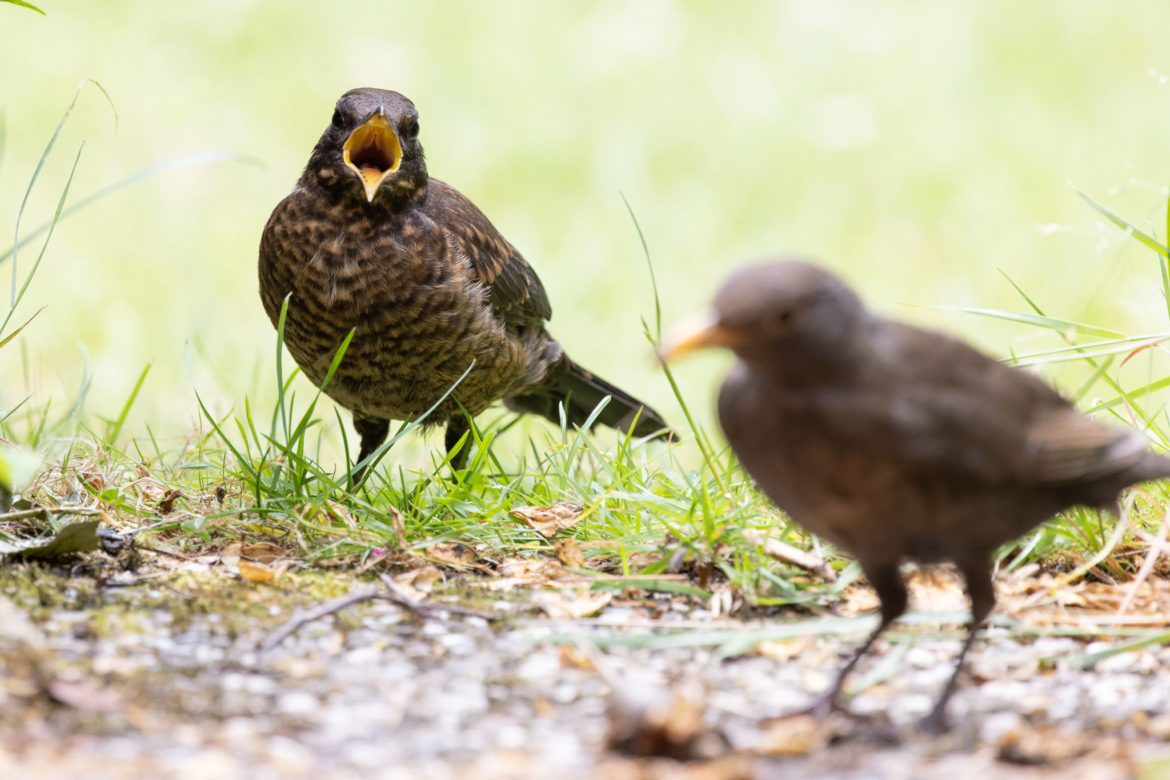 That’s how it started — at the edge of our terrace a blackbird branchling demanded food and in the foreground mother blackbird was busy preparing it. Probably it was a snail, in any case it was pulled or beaten several times over the floor. Thereby the branchling always stood close by and followed each of the mother’s activities.

No sooner was the food ready to be fed than the second branchling came flying in! The look from the left was already a bit indignant, wasn’t it?

But the newcomer also drew much more attention — much more strongly he flapped with his wings!

Should that help if the first branchling did that, too? No, mother turns to the right!

Oh no! The other one was fed!

There probably only helps to look indignant — maybe it will help next time!