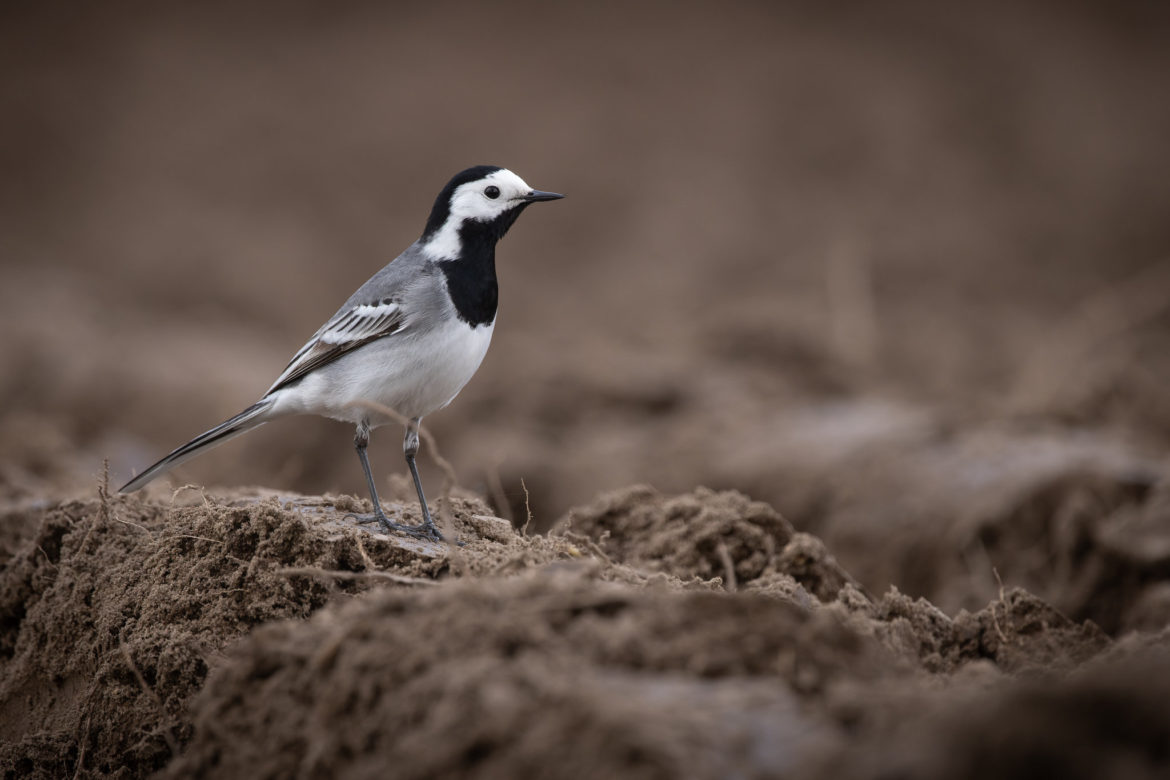 Together with the starlings was also a wagtail on the fresh field. However, this one was also alone and show a completely different behavior. She walked almost exclusively on the walls of the plow tracks, obviously to keep the overview. It also had a much greater escape distance than the starlings. I only succeeded in taking the photo because I had studied her behavior for a while and then lay down in the grass at the edge of the field.

Slowly the wagtail then came up to me, looking sometimes left, sometimes right, but going further and further along the mound. I made meanwhile the first pictures and simply hoped that it would not discover me, before it was not to be seen sufficiently large in the viewfinder. And so I could take this picture later. The wagtail had just spotted me, straightened up a bit and was up and away a few moments later. But I had my picture in the box!

I love the contrast of the black and white bird against the brown tones of the freshly plowed field.