Grey Heron in the park near the Hospital Altona 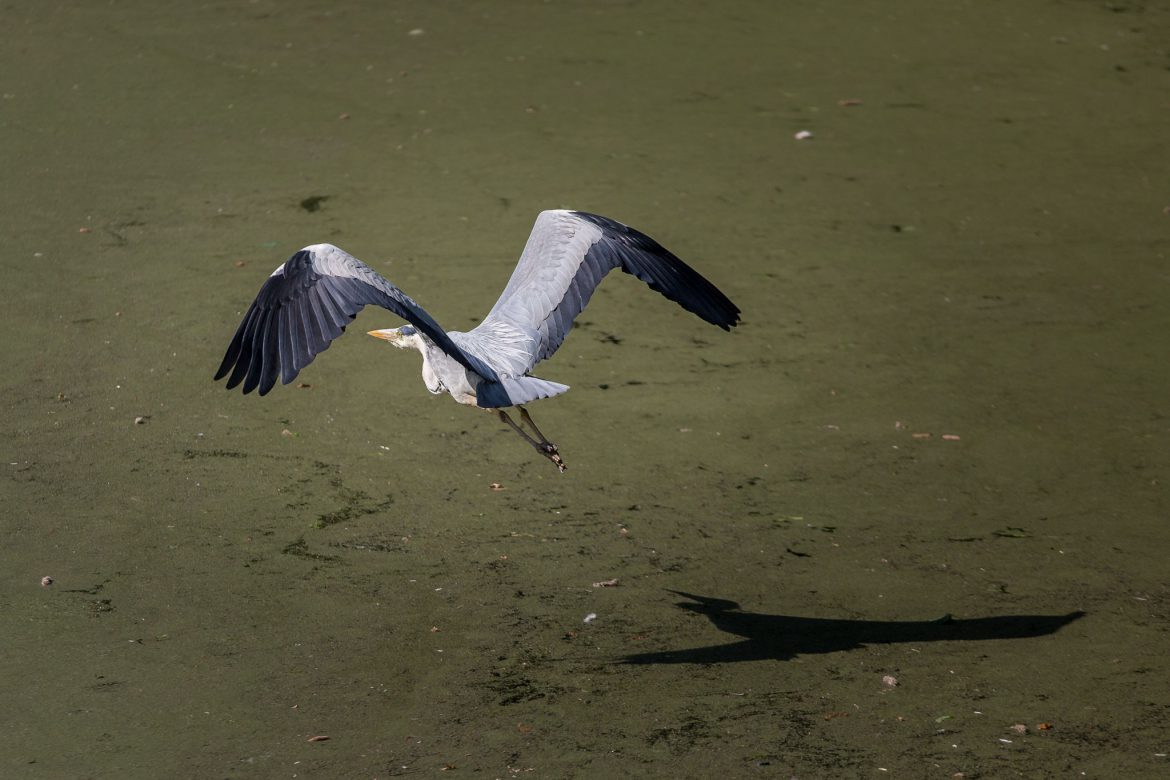 Who would have thought it? To find such a natural paradise in the park of a hospital, right next to a six-lane, heavily trafficked inner-city road. The Asklepios Klinik Altona has created three small lakes surrounded by big old trees and many rhododendron bushes as a park. There are many ducks and geese at home, but also a grey heron, which I have seen more often during my visits.

When I was able to take this photo, the eastern lake was just full of water lenses, so that the shadow of the bird was depicted so clearly. I am happy that I got such a clear picture of the wings and that you can see the outstretched fingers on the wings.