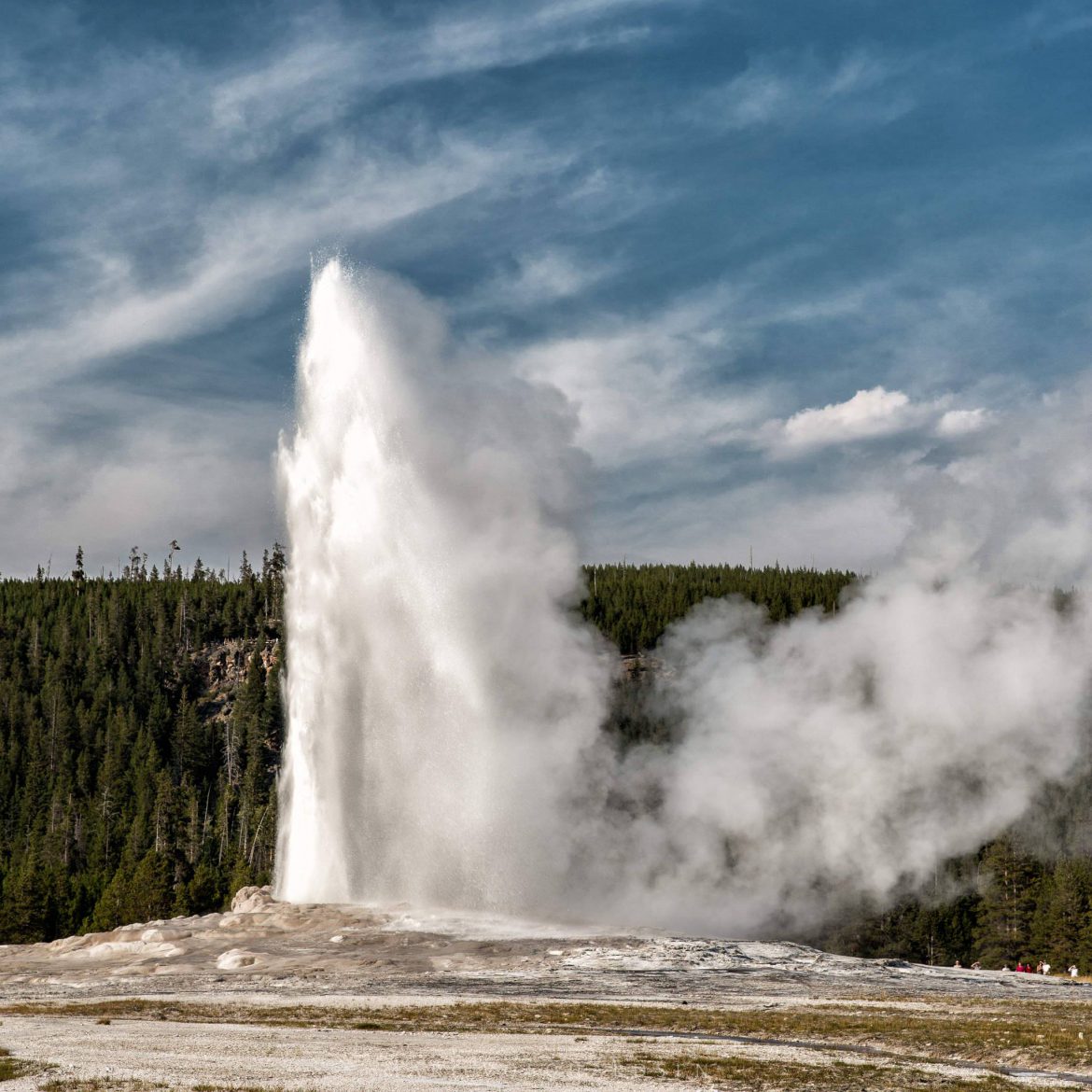 Since the discovery of Yellowstone at the beginning of the 19th century, the Old Faithful Geyser erupts every 90 minutes. Depending on how strong the previous eruption was, i. e. how long and how high it was, the rangers can predict the next eruption to within ±10 minutes. In every lodge at the site and even beyond, there are boards indicating the time of the next eruption.

Shortly after our arrival at the Old Faithful Snow Lodge, we were on the verge of the next eruption. We were not able to resist the fascination and of course we went to the hundreds of other people around the oval around the geyser. Three rows of benches are installed on the way and many spectators have been waiting for the new one since the last eruption.

Then the spectacle began: First a few small steam boost — a murmur went through the crowd — then nothing for a while. Then again a steam boost, this time followed by a little bump of hot water — a cheering and clapping went through the crowd and the people shouted to each other in many languages:»It’s starting«. Then finally — a really big bump of hot water and then again and again — the eruption had begun! The Old Faithful kept us under his spell for almost three minutes.