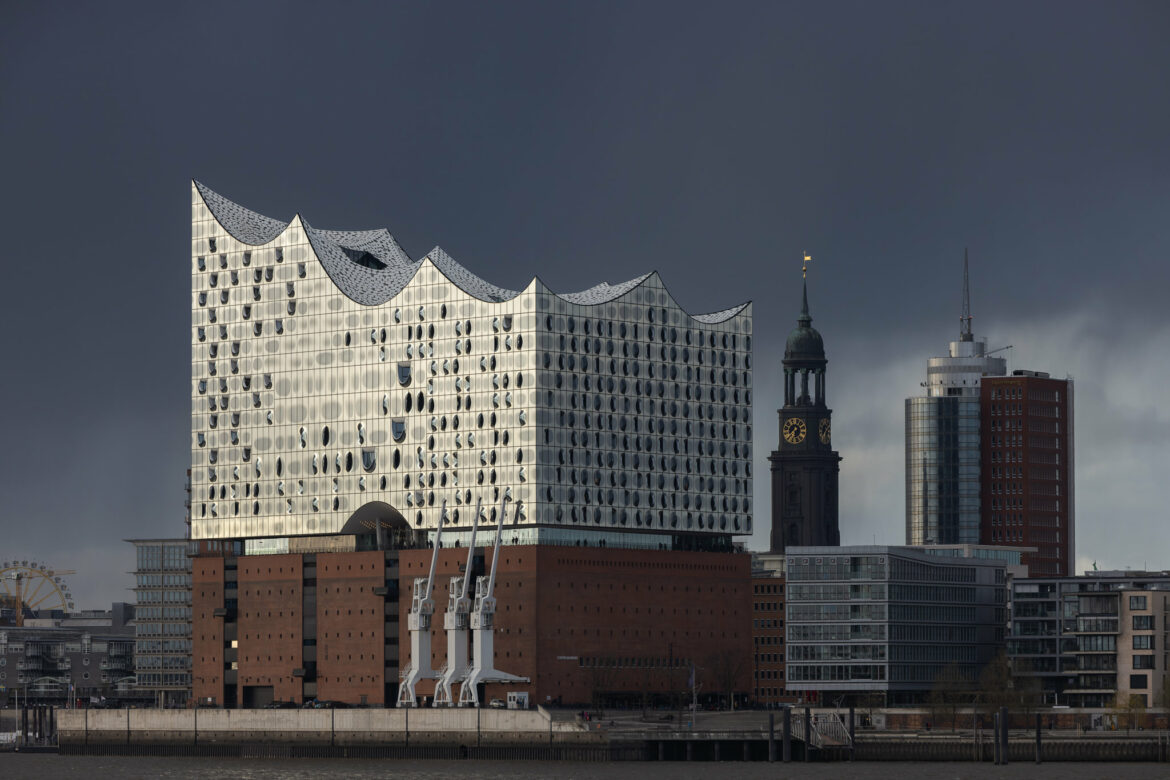 The view from the harbor in the direction of the Elbphilharmonie I have often enjoyed, for example, shortly before the opening of the Elbphilharmonie with an illuminated Michel. Now it was more simple in the illumination, given nature. In the background, an area of rain is still moving through, while to the west the sun let a few clouds glow. Thus the facade of the Elphi was rather subtly illuminated. Just so that one can perceive all details. St. Michael’s Church therefore peeks out, almost inconspicuous between the Elbphilharmonie and the Hanseatic Trade Center.

The most beautiful thing about this motif is once again the contrast with the dark rain clouds! You can see on the right even the showers over the city area!