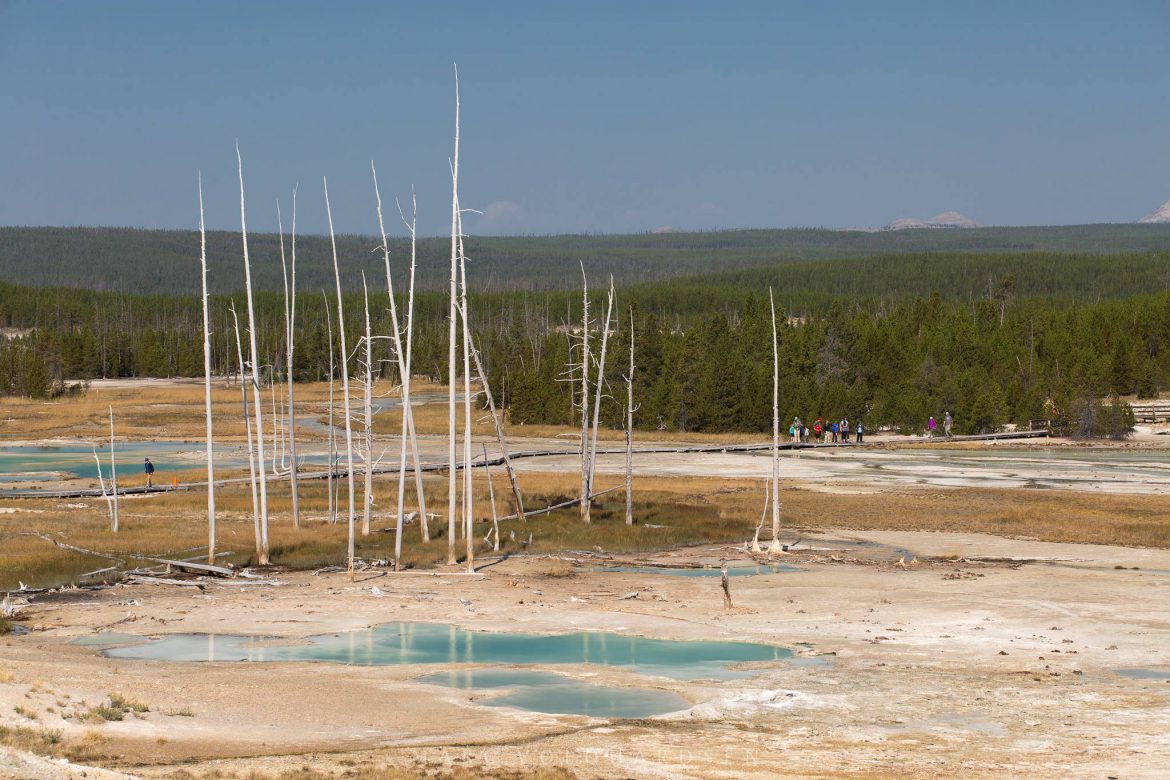 Norris Geyser Basin is named after the former superindendent of Yellowstone National Park Philetus W. Norris. It is the hottest hydrothermal area of the National Park and extremely volatile. Again and again the hot springs and geysers change, new ones arise, existing ones dry up. Almost all areas are over 200° F hot and thus above the boiling point at this height. The basin consists of two quite different areas: the Porcelain Basin in the north and the Back Basin in the south and west. When we arrived at the Norris Geyser Basin in the morning, there was still a thick fog. It was a mystical atmosphere in the fog to walk past the hot spring and small geysers. Again and again we were suddenly in front of other visitors!

In the area of the back basin the floor was rather dry, but almost completely white coloured by silicate. I was fascinated by the dead tree roots or the bald white trunks, which stood next to the path and in some cases turned up in the fog. 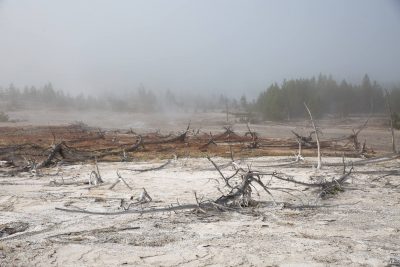 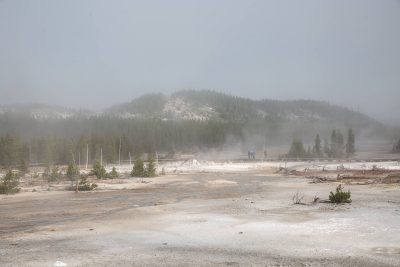 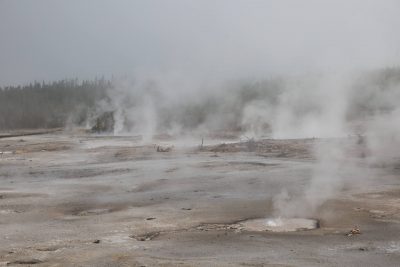 The cover picture of this post shows a part of the Porcelain Basin. Typical for this area are the hot springs with a high concentration of silicates. Therefore, all hot pools here are not clear, but milky. This basin pulsates from steam and boiling water beneath the surface!

When we got there again later on, it was cleared up and we had a fantastic view. Even if a path leads through the basin, you can still see more springs and a white silicate coloured soil in the distance. You can only walk a fraction of the entire Norris Geyser Basin.