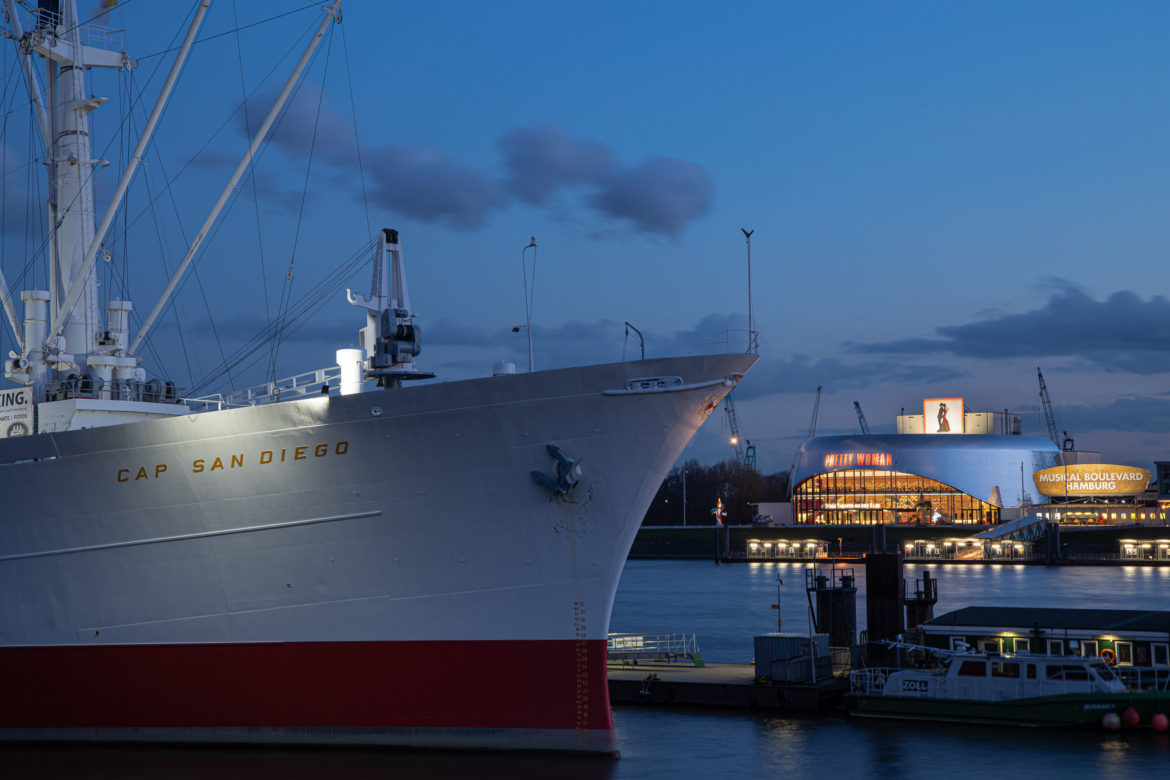 The white swan of the South Atlantic and in the background the musical theatres at the Elbe river. I like to go to this light mood in Hamburg when shortly after sunset the twilight sets in and the sky turns a beautiful blue. Here the special thing about it is that the silver shimmering exterior of the musical theater has taken over the color of the sky and is there in such a beautiful contrast to the warm interior lighting of the theater.

In the foreground, I have put the elegantly curved bow of the former cargo ship and today museum ship Cap San Diego. Just cut in such a way that the name and the typical loading equipment of the ship is visible. At the bow, the bow light sets another highlight for me as a photographer by illuminating the coat of arms at the bow of the Cap San Diego.

I am already looking forward to it when the four-masted barque Peking will return to Hamburg as another museum ship in late summer this year. In earlier blog posts I had already reported on the rigging work for the Peking.