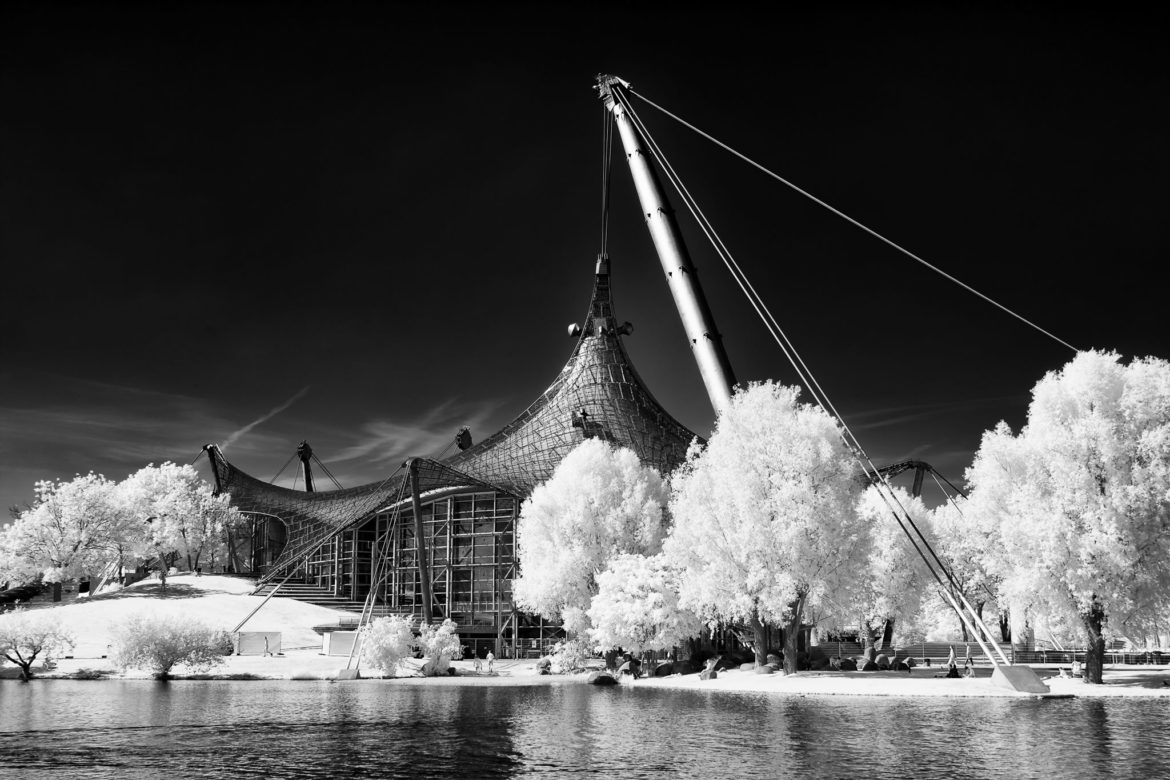 From the hill within the Olympic Park you have a fantastic view — primarily to the Olympic sports centers of 1972, but in the early morning hours towards the south, across the city to the Alps.

When you come down from the Olympiaberg in Munich towards the stadium, the tramp path passes under this stately tree. I love his slope, the shadow the trea throws on the meadow and the veil clouds, all disappearing behind the tree.

When I came down from the hill, I was surprised by the vastness of the facilities of the Olympic Park. Everything is a hilly landscape, crossed by paths and lined with trees. Again and again you have a view into the city or even over to the Alps.