Lynx in the Wildlife Park 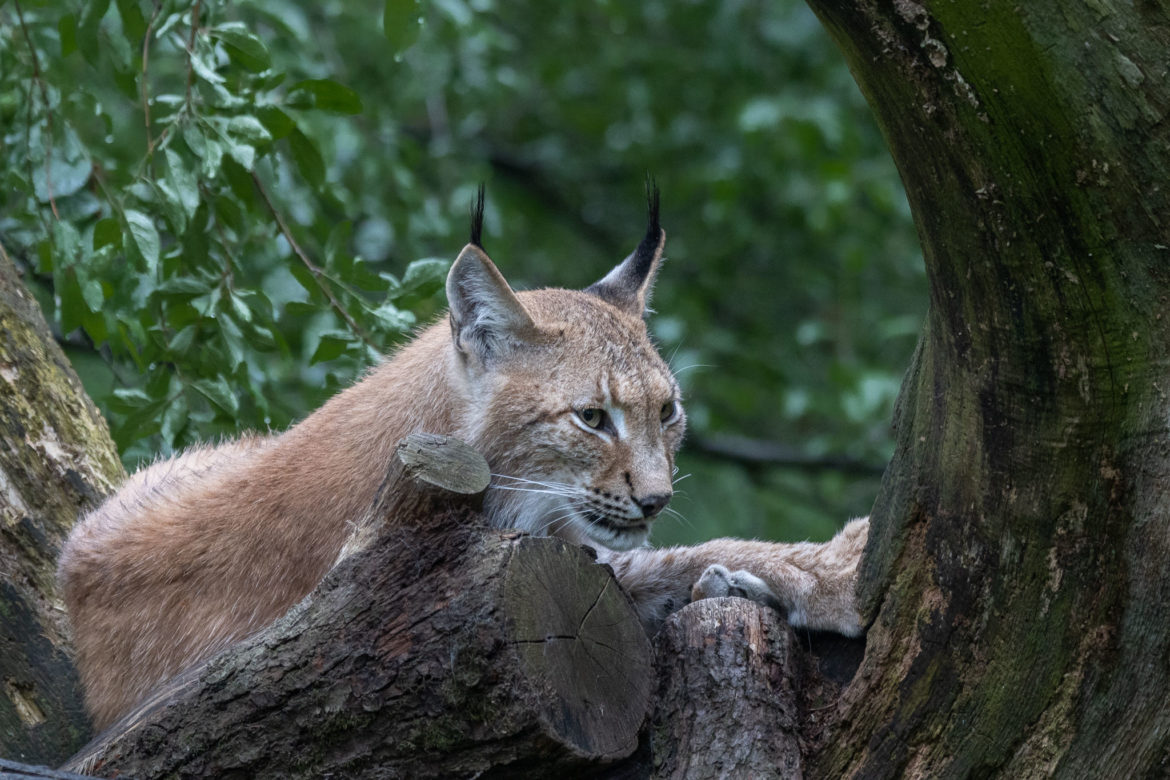 At a time when lynx youngsters had just been born in the Wildlife Park Schwarze Berge, we had the opportunity to see the father of the young lynx on his observation tree. At first he lay there sluggish, his front paws pressed against the tree. From time to time he opened his eyes slightly and looked if anything had happened in the enclosure, but mostly without lifting his head magnificently.

But when we passed the enclosure again some time later, Finn was a little more on his guard. With his hind legs stretched, he lay down on a trunk and stared a little at my side. Probably a child had attracted his attention. But then there was some movement in the lynx. He straightened up and looked around again and again. I was able to take great pictures, for example the one with the rim light here at the bottom left. It was nice that he looked at me for a moment — what might he have seen in the huge lens of the telephoto lens? 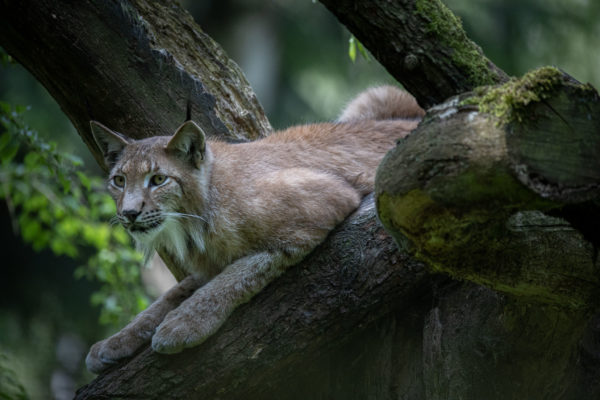 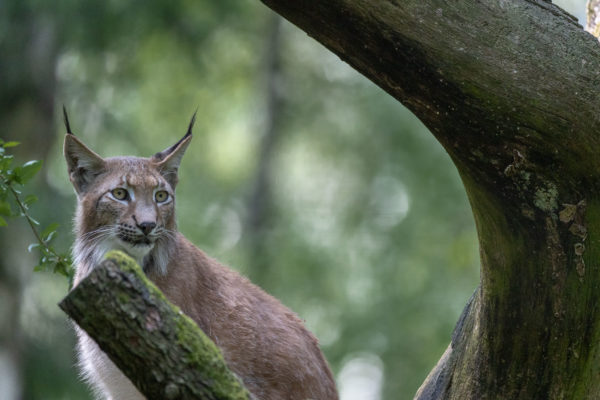 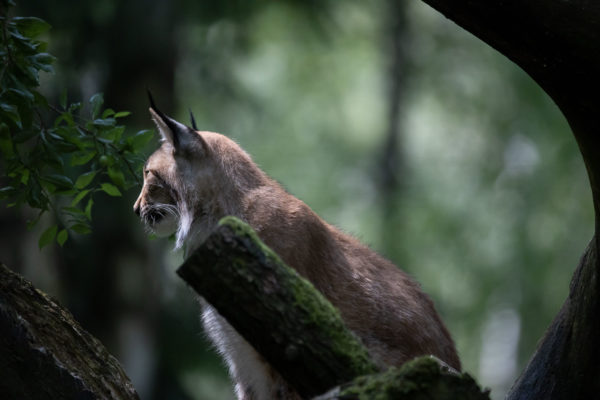 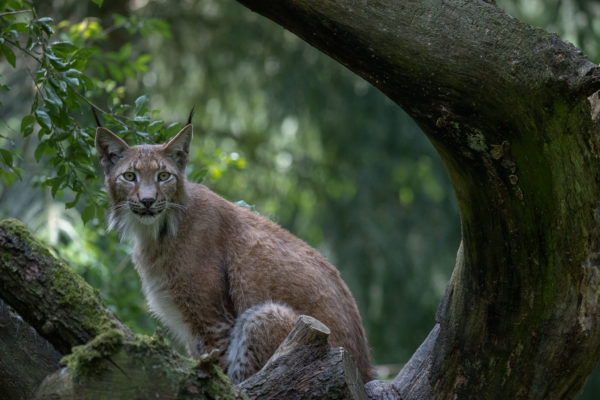 At the end he showed us his full stature and the typical characteristics of his coat.